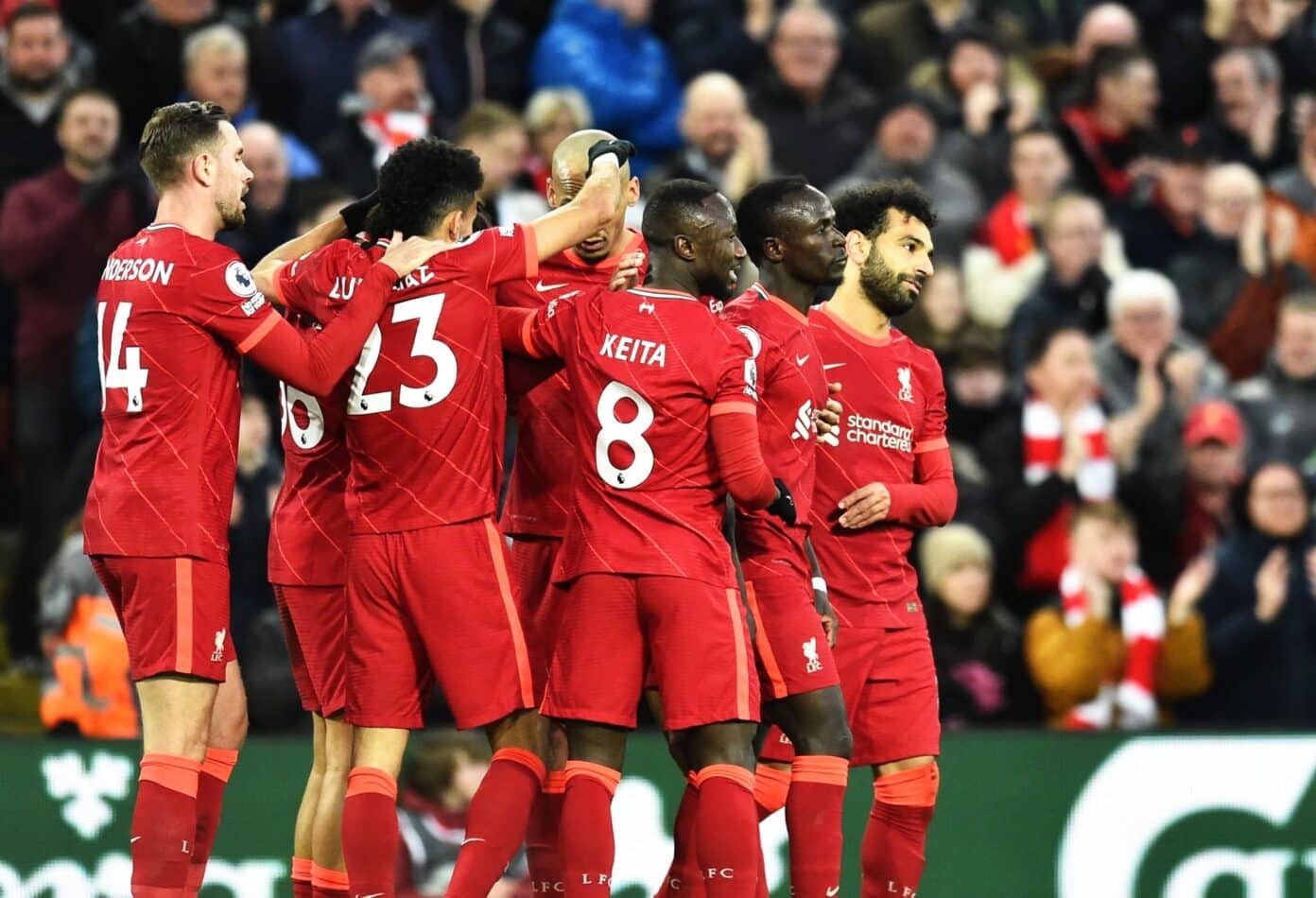 Liverpool made it 12 consecutive wins on the bounce as they beat West Ham United 1-0 on Saturday to halve the deficit to league-leaders Man City to three points.

There were moments of encouragement for West Ham in the first half but Liverpool were largely commanding as they went into the break 1-0 up thanks to Sadio Mane's close-range effort midway through the half.

West Ham contained the Reds for much of the second half and they had their own fair share of opportunities, particularly through Pablo Fornals and Michail Antonio, with a nervy last few minutes to contend with for Jurgen Klopp's side.

But they eventually saw the game out at 1-0 to earn all three points, with all focus now turning to their Champions League round-of-16 second leg against Inter Milan on Tuesday. 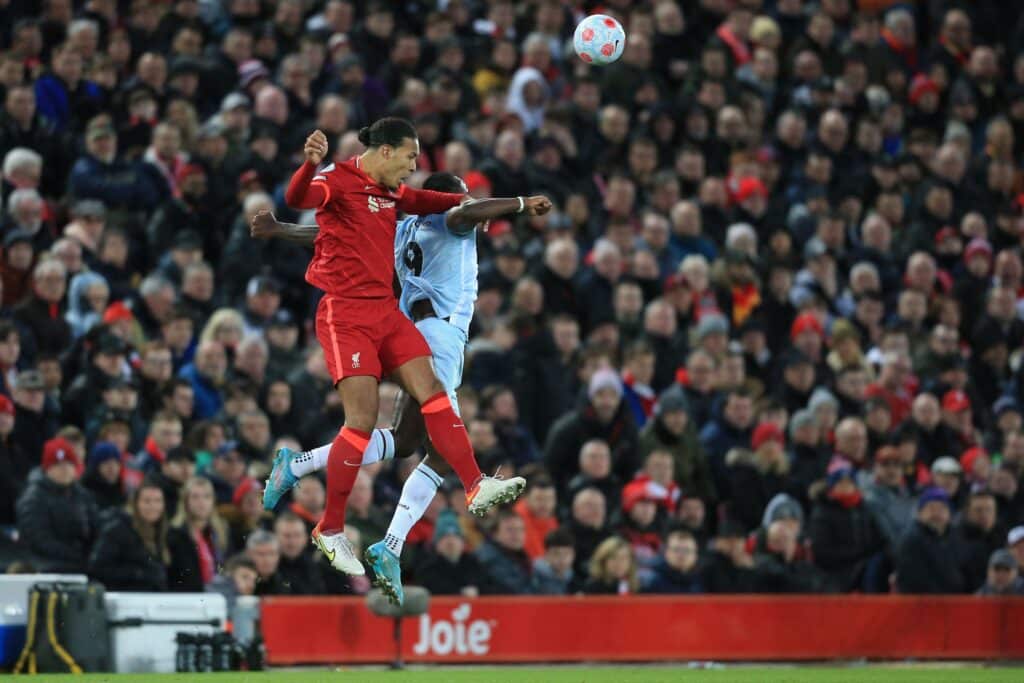 The boss made eight changes to the starting eleven from midweek as the likes of Trent Alexander-Arnold, Virgil van Dijk, Naby Keita, Luis Diaz and Mohamed Salah returned from the off.

Liverpool looked to make a quick start and they nearly took the lead inside the opening five minutes as Alexander-Arnold’s ball in behind set Salah through on goal, but the Egyptian’s effort was kept out by goalkeeper Lukasz Fabianski.

Andy Robertson's drilled low cross was met by Diaz, who took a deft touch inside the area before hitting Craig Dawson with a volley before Salah dragged his shot wide of the post.

Liverpool took the lead just after the midway point as Alexander-Arnold's misplaced strike went towards the far post and was met by Mane, who remained onside by a matter of centimetres to turn the ball into the back of the net to make it 1-0.

Diaz was a livewire and one run, in particular, had supporters on their feet, with the Colombian picking the ball up inside his own half and driving towards the visitors' goal, only to be upended by Kurt Zouma just outside the penalty area. 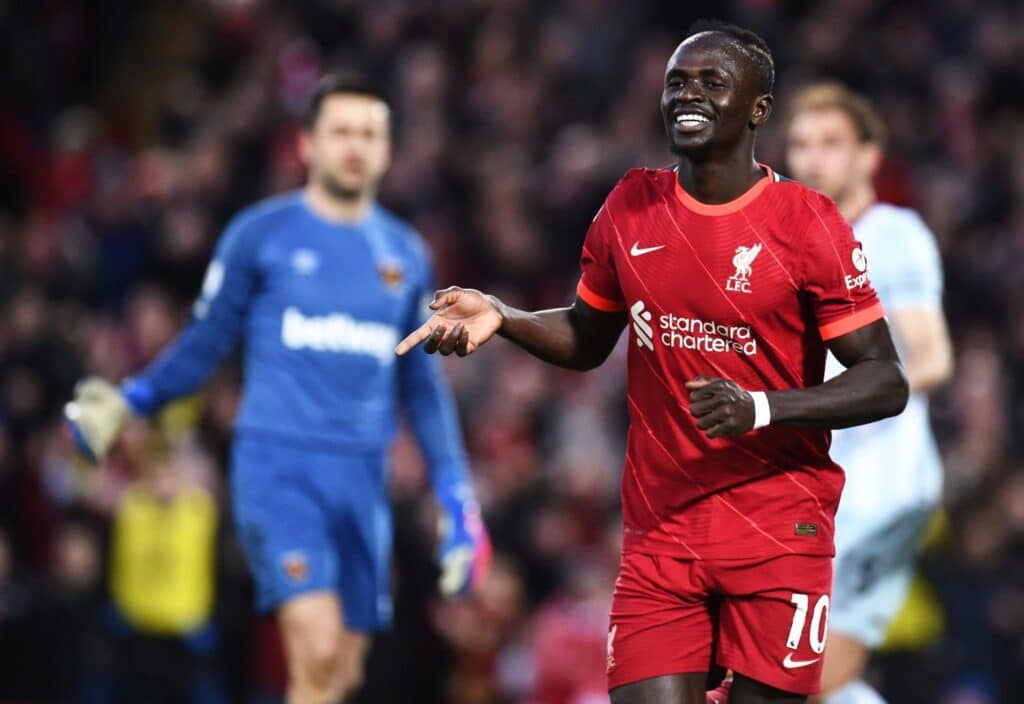 An excellent chipped ball into the box by Fabinho found Alexander-Arnold's run before the right-back pulled the ball back for Diaz, with his effort nearly finding its way into the back of the net only for Aaron Cresswell to dink the ball clear on the line.

The Hammers responded with a glorious chance of their own as Pablo Fornals beat the offside trap and looked to chip the ball over Alisson, with Alexander-Arnold hooking the ball off the line before Fornals and Jarrod Bowen both had follow-ups that ultimately went behind for an uneventful corner.

Chances were far and few between in the second half, with neither side able to breach the others' defence, although Klopp's side continued to dominate possession in search of a second whilst the visitors were forced to pick their moments.

Mane and Diaz combined well throughout the evening and a quick break saw Diaz glide towards the box from the left and unleash a curling strike towards goal, but his effort failed to produce the bend needed as the ball went wide of the post.

The visitors' best chance of the half came through Manuel Lanzini after Tomas Soucek found him inside the box, with the Argentinian giving Alexander-Arnold the slip before looking favourite to tuck the ball past Alisson, only for him to lose his composure and fire over the crossbar from eight yards out. 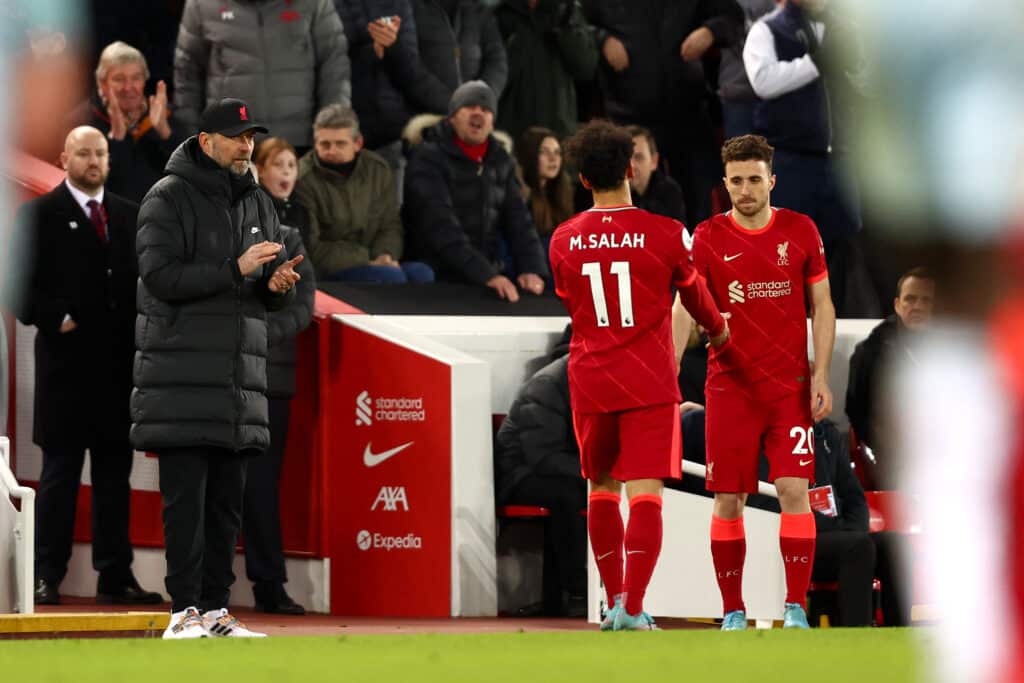 Salah's last contribution was him failing to control the ball inside the six-yard box after Diaz found him with an excellent squared ball, with the off-colour Egyptian making way for Diogo Jota, who came on as a straight swap, with Diaz and Mane continuing through the left and middle respectively.

A quick West Ham counter-attack saw the ball floated over last-man Keita, with Michail Antonio speeding towards goal, with Robertson getting around on the cover to temporarily thwart the forward before Keita recovered and got back to block his effort.

Diaz made way for Curtis Jones in the final seconds as the Reds ultimately saw out the win to make it 12 consecutive wins in all competitions, with Klopp's side continuing to come into their own in the final weeks of the season.