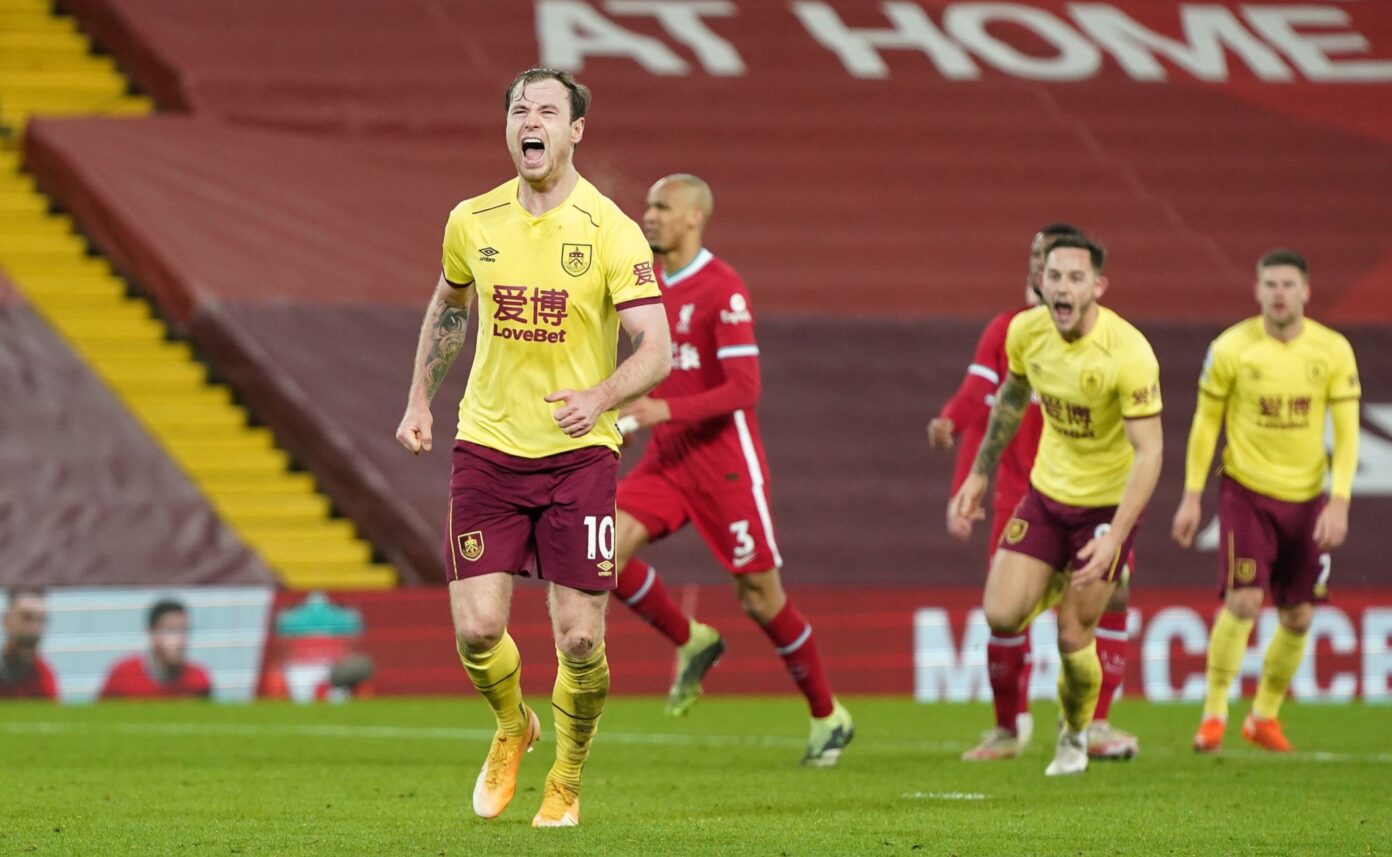 Liverpool vs Burnley highlights - Watch all the highlights as the Reds fell to a first Premier League defeat at home since April 2017.

Divock Origi and Alex Oxlade-Chamberlain both made rare starts for the Reds, whilst Joel Matip returned to the starting eleven as manager Jurgen Klopp started Mohamed Salah and Roberto Firmino on the bench.

The Reds came close through a couple of early set-pieces but they were largely limited to shots from outside the box as Burnley kept a solid defensive shape.

Oxlade-Chamberlain, Origi and Xherdan Shaqiri all had long-range attempts but Burnley goalkeeper Nick Pope didn't have much to be concerned about with the Reds lacking a clinical touch.

Origi should have made it 1-0 just before the break after Ben Mee's mistake but the Reds forward could only hit the upright despite going clear through on goal.

Salah and Firmino both came on in the second half but the champions' struggles continued as Burnley kept to their gameplan and frustrated the Reds.

Things got worse for the Reds in the final ten minutes as Alisson was adjudged to have brought down Ashley Barnes inside the box, with the Clarets striker converting the penalty to give the visitors a shock 1-0 win.

It means' Liverpool's 68-game unbeaten Premier League run at Anfield comes to an end, with the Reds now six points adrift of Manchester United at the top of the table.