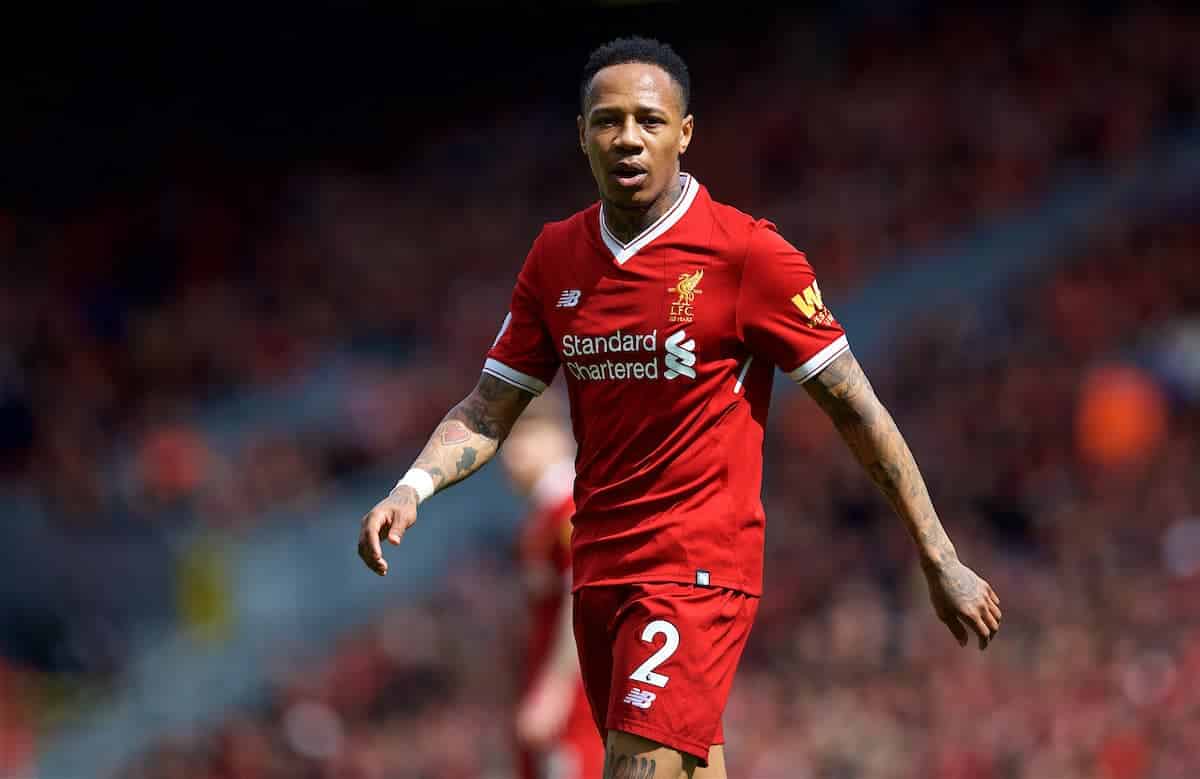 Nathaniel Clyne is set to return to the Liverpool defence for the Reds' Premier League meeting with Chelsea at Stamford Bridge on Sunday afternoon.

Clyne, who has had a frustrating season due to injury, made his first Reds appearance of the season against Everton last month and came on as a late substitute against Stoke City last weekend.

The Liverpool boss continues his midfield experiment with Trent Alexander-Arnold, who starts in the middle of the park for the second time in as many league games.

The youngster will partner James Milner and Gini Wijnaldum in midfield, meaning Jordan Henderson is set to miss out as the only change from Wednesday's Champions League semi-final tie with Roma.

Sadio Mane continues in attack for Liverpool, alongside Mohamed Salah and Roberto Firmino.

Salah, who has netted 13 away goals for the Reds this season, will be looking to score against his former side to break a Liverpool record for most amount of Premier League goals scored away from home - currently held by Luis Suarez (14).