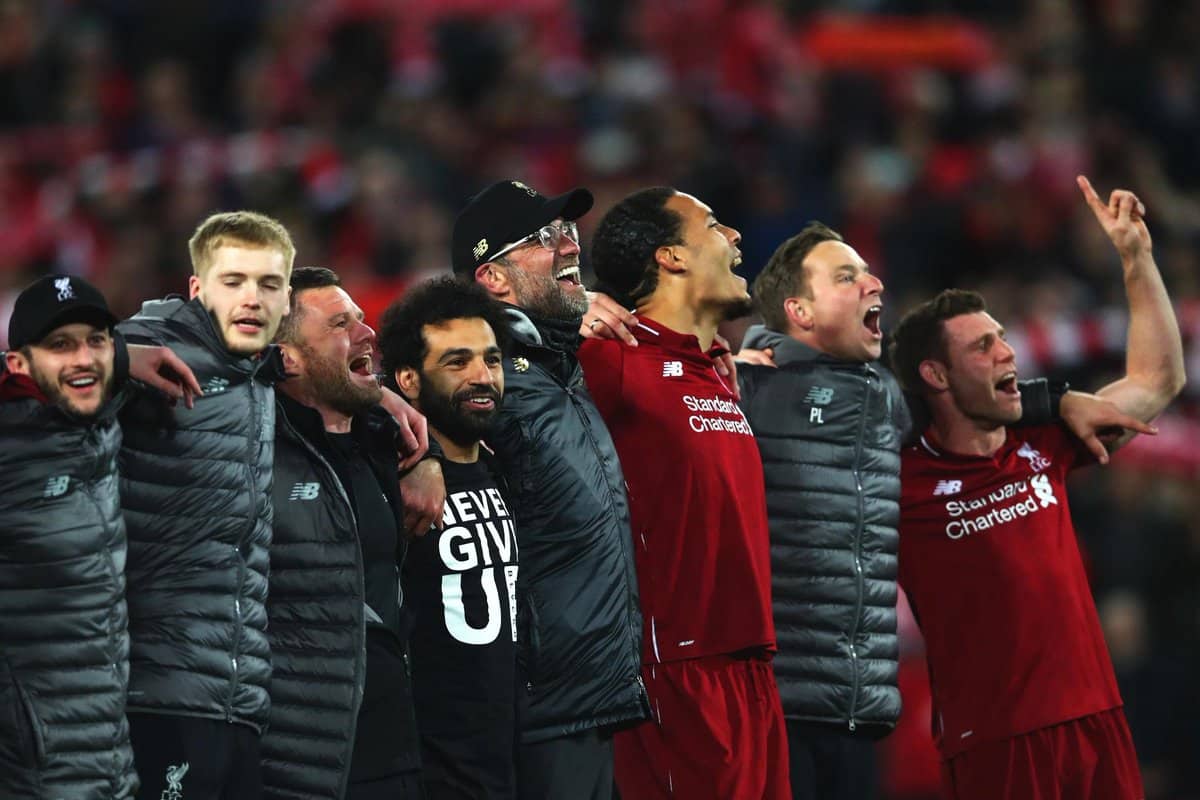 Jurgen Klopp was delighted after his side beat Barcelona 4-3 on aggregate in the most unlikeliest of scenarios to reach the Champions League final.

Barcelona were strong favourites ahead of the second-leg after beating Liverpool 3-0 at Camp Nou last week, with the Reds also missing key players in Mohamed Salah and Roberto Firmino due to injury.

However, a brace each from Divock Origi and substitute Gini Wijnaldum saw the Reds down the visitors 4-0 and overturn the huge deficit whilst also keeping Barca's frightening attack at bay.

Speaking after the game, Klopp insisted he is determined to put things right from last year's heart-break in Kiev as his side face either Ajax or Tottenham in the Champions League final on 1 June.

"I said to the boys, ‘I think it’s impossible but because it’s you we have a chance.’ And we believed in this chance," he said.

"We didn’t compare it with Istanbul or whatever. We said from the beginning, we want to create our own history – not because we are not happy about having the history of the club, no, because we need new chapters obviously. And the boys did it already, that’s unbelievable.

"I know what people say about me and losing finals, that’s absolutely right and OK and everything. But it’s the fourth final in that time as well we are in, that’s pretty special already.

"I’m not sure if it will happen again because it’s so special. When I saw the boys after the game and saw the tears in their eyes, that’s football and they are professionals and it’s still like this.

"This club touches you like crazy, it’s like you feel much more than others in these moments. It’s really great, I love it."