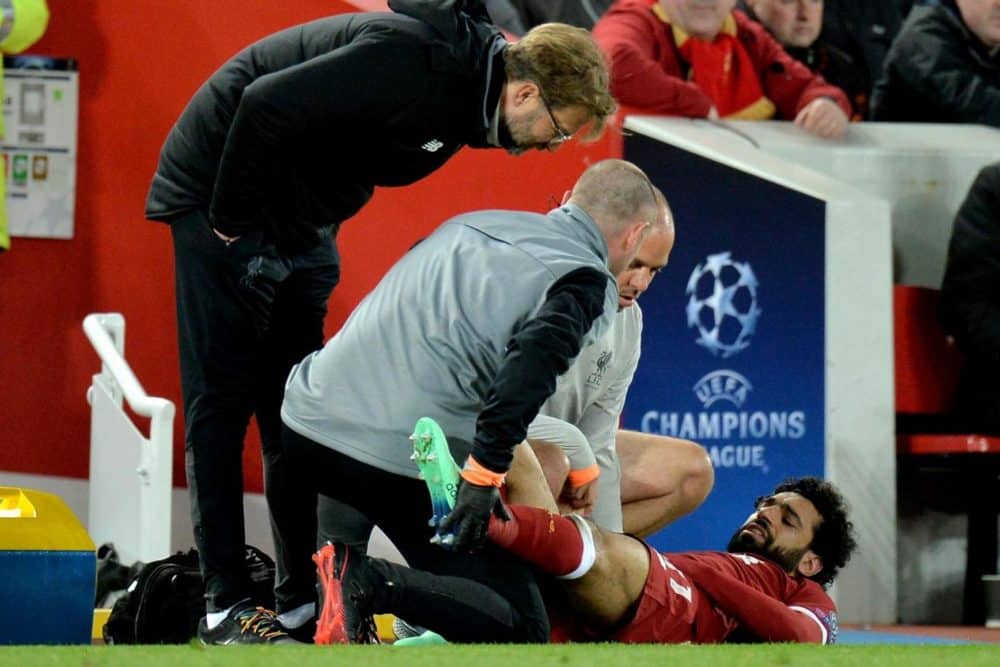 Jurgen Klopp says he ‘hopes’ the injury Mohamed Salah sustained in Liverpool’s thrilling Champions League victory against Manchester City is not too serious.

Salah, who scored his 38th goal of the season, left the pitch in the second-half with Liverpool 3-0 up.

The Egyptian headed straight down the tunnel after being assessed by the Reds medical team, with what is believed to be a groin injury.

The Liverpool manager said Salah told him that he is 'fine' following the conclusion of the Reds' resounding win.

Asked whether Salah suffered a groin injury, Klopp said: “I don’t know in the moment. I hope not.

“He came to the sideline and said he feels sometimes something; for me, that was enough for me to not even ask the Doc how he was, we immediately took him off the pitch.

“After the game I asked him and he said, ‘I will be good, it will be fine’. But now we have to wait for the real diagnosis, not Mo’s self-diagnosis.

Klopp's side face Merseyside rivals Everton on Saturday, before travelling to the Etihad for the second leg of their Champions League quarter-final on Tuesday.

The Reds blew away their opponents in the first half on Wednesday, scoring three times in the space of 19 minutes to take complete control of the all-English affair.

Alex Oxalde-Chamberlain and Sadio Mane joined Salah on the scoresheet for Liverpool.