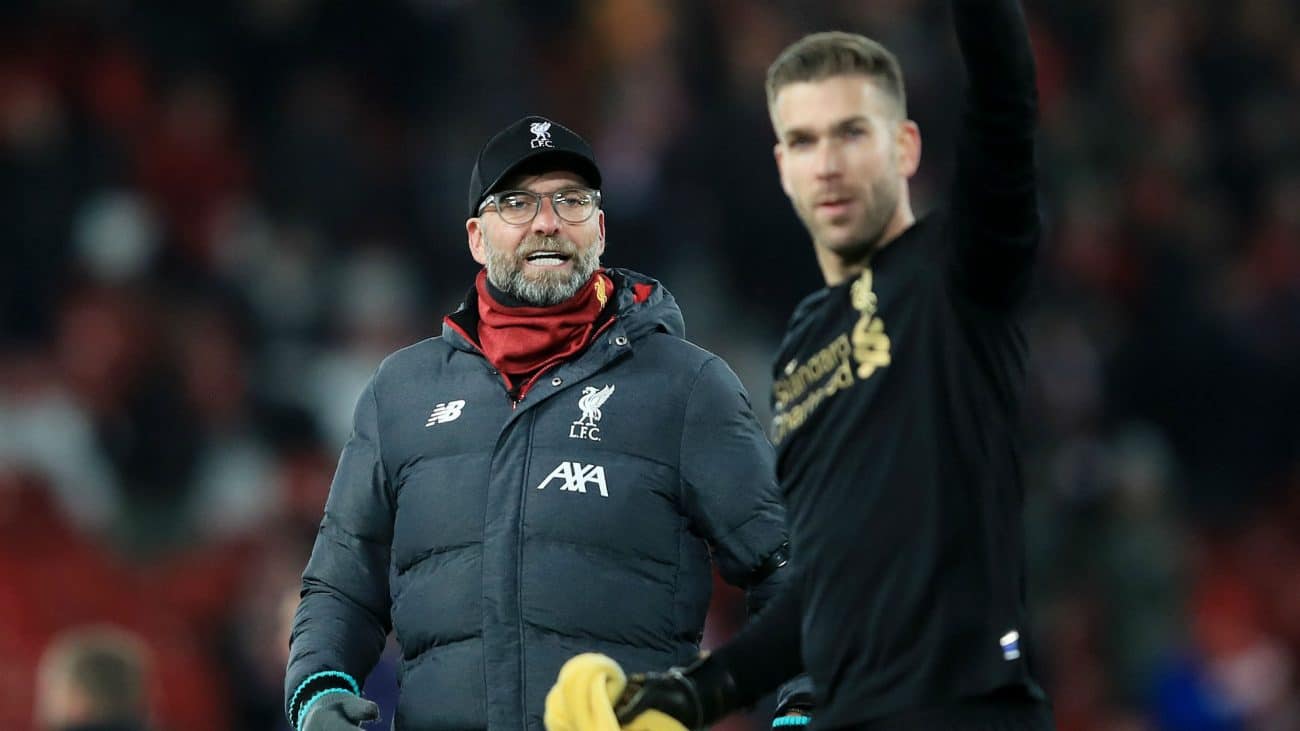 Virgil van Dijk linked up with Trent Alexander-Arnold twice in the opening 25 minutes to head Liverpool into a 2-0 lead at half time.

An Alisson red card for saving a shot outside the box led to Brighton captain Lewis Dunk pulling one back for the visitors with a quickly taken free-kick that surprised substitute Adrian, who could only watch the ball roll past.

However, Liverpool survived a nervy ending to the game and maintained their flawless record at Anfield in the league this season. With Manchester City drawing to Newcastle earlier in the day, the Reds' lead at the top of the table is now at a staggering eleven points.

Speaking after the game, Klopp admitted his side found it difficult but insisted he was proud of them for showing the effort they did against a tricky Brighton side.

"In a lot of moments [it went well], always knowing about the very specific quality of Brighton; they don't care too much about the opponent they play.

"They were bringing a lot of players between the lines, which is good, but when it happens like it happens with us and we can win the ball in these moments, there was some chances for us as well.

"We scored two nice goals after set-pieces, really wonderful goals, but the biggest chances we had were from open play. That was really, really good how we played there – we could have, should have, finished it off in that period but we didn't and you have the most tricky result.

"If you think about a lead in the game, then 1-0 and everybody is clear, completely focused, everything is clear, 3-0, it is not decided but at least a little bolster, but 2-0 is like it is. 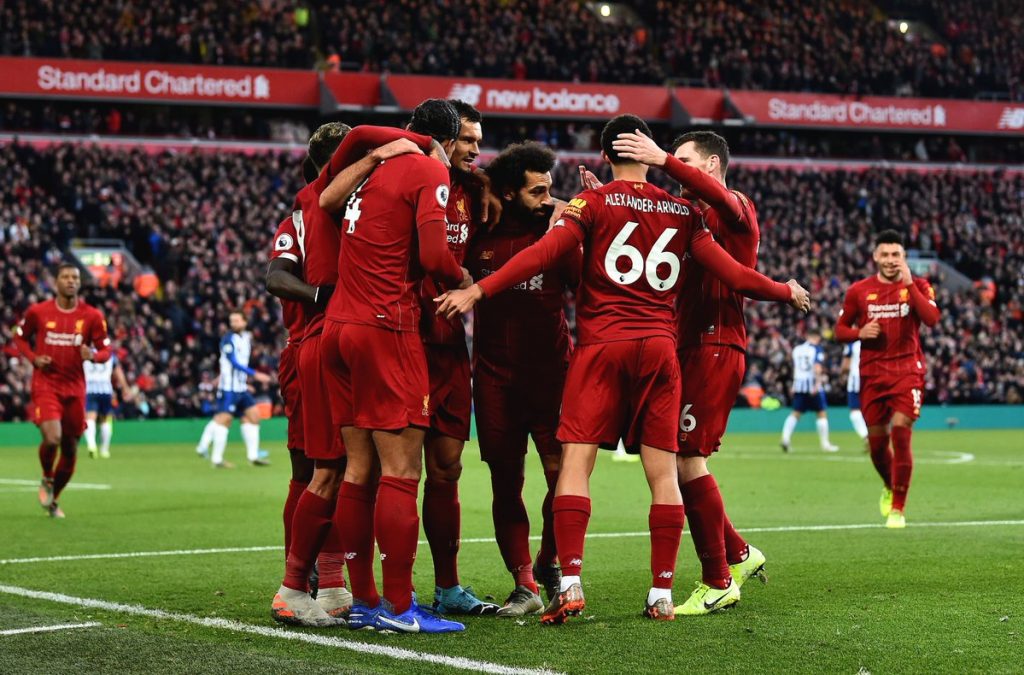 "We had to carry on working hard and at one point, at the end of the half, they had more moments where they could pass the ball between our lines. They had three in the box at one point I think where they didn't finish it off, but I am not sure if it was offside or not.

"Second half it was hard work again and the boys put in another incredible shift in the game. Of course, life became more complicated with the red card and the change we had to make.

"We had to bring on a frozen goalkeeper pretty much! Everybody sitting here is probably not really warm yet, but imagine you go there in shorts, a really thin shirt and some gloves which are not made for keeping you warm.

"Some people let the free-kick happen like that and then you look a little bit silly in that moment, but that’s what you have to accept. 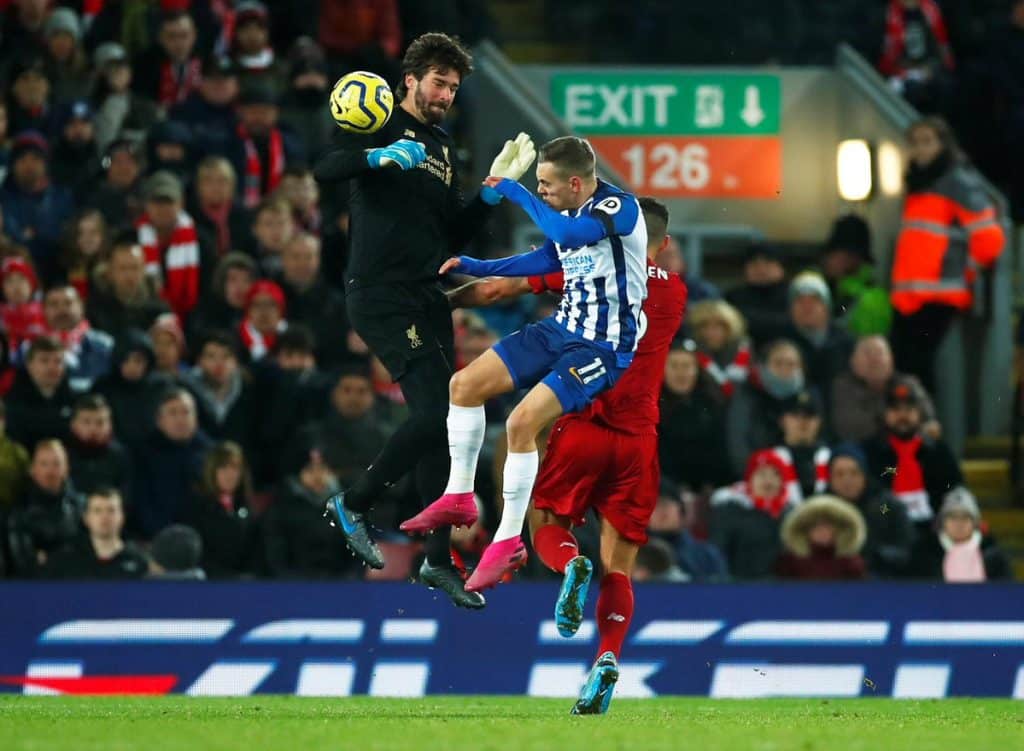 "We kept on fighting and Adrian especially helped us a lot with two really, really good saves and crosses he caught and stuff like this. With his cold feet, he couldn't shoot the ball as far as he wanted!

"In the end, it kept it a bit interesting but it's only important that we won the game and that’s what we did, so I am really pleased about that. I am very, very happy about the effort the boys put in again.

"I'm really happy and proud about the desire the boys showed. The red card made it a really special win, to be honest."

Liverpool kick off a busy December with the Merseyside derby at Anfield on Wednesday before making the trip to the south coast to face Bournemouth next Saturday.