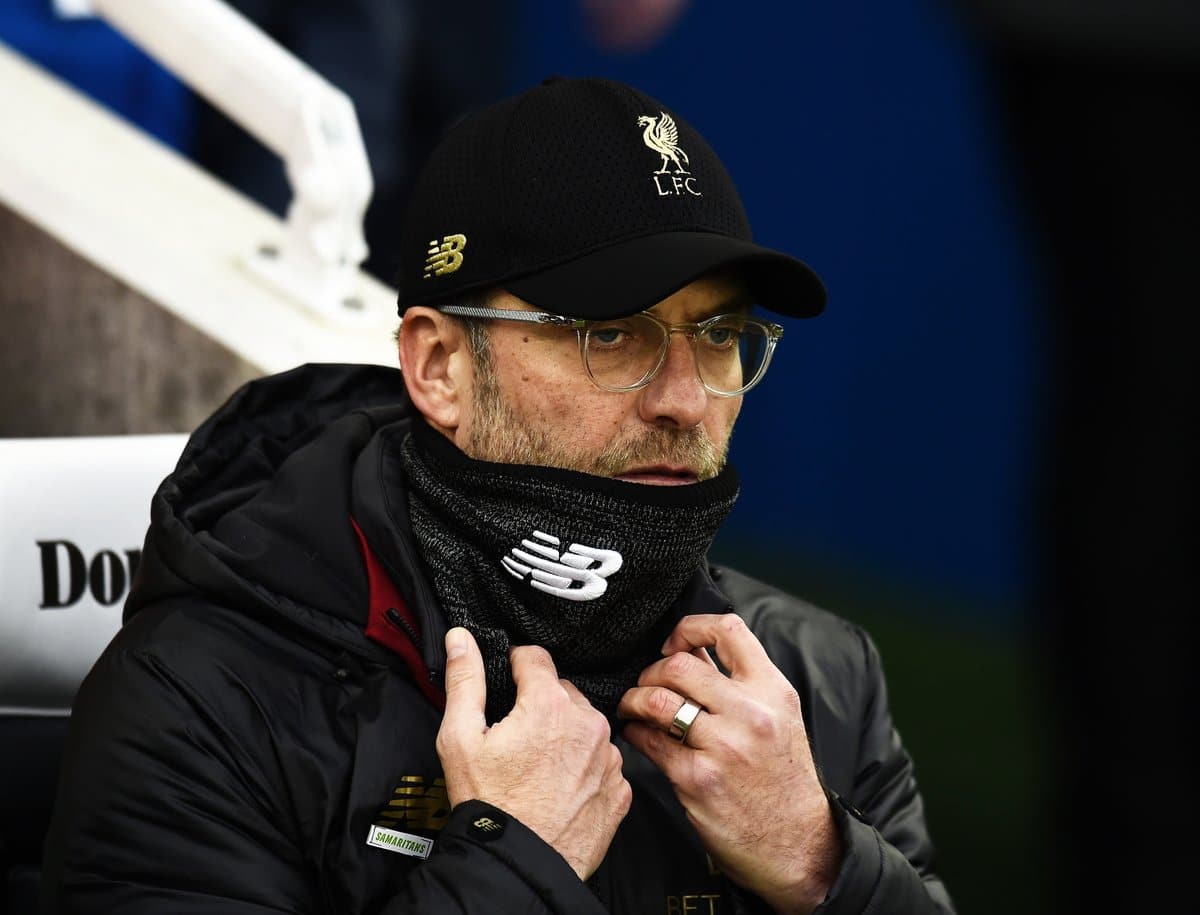 Jurgen Klopp spoke to reporters after Liverpool's 1-0 win over Brighton and Hove Albion on Saturday afternoon.

A Mohamed Salah penalty in the second half was enough for the Reds as they extended their lead at the top of the Premier League table to seven points.

It was important for the Reds to get back to winning ways after defeat against Manchester City in the league last time around, and an FA Cup exit to Wolves on Monday night.

The Reds boss insisted his side don't "speak about the games before" but acknowledged the importance in terms of regaining momentum.

"If you fall from the horse, the best thing to do is go immediately back on it," Klopp told reporters at the Amex Stadium after the game. "It’s good and important but we didn’t make a big fuss of the two defeats, to be honest.

"Especially the City game was an open game and you cannot a week later, only because you lose then against Wolverhampton and your manager makes 10 changes or whatever, start talking about losing football games or whatever.

"We never really speak about the games before, we concentrate on the game. We knew it was really difficult to take all three points here.

"I’m completely happy even with the way we did it because I saw pretty early in the game that it was a harsh one, really tough that we would come through.

"The scoring momentum we didn’t have today. The creating was OK but finishing, we were not at our best. All the rest – defending and all that stuff – was really good and so we deserved the three points."