Jurgen Klopp on emergence of Liverpool youngsters and Midtjylland plans

The Reds take on the Danish side on Wednesday afternoon having already progressed to the last 16 of the competition as Group D winners.

Liverpool are set to be in action every three and a half days in December, and with qualification already sealed, it's likely Klopp makes a number of changes to his side to keep his players fresh.

The likes of Caoimhin Kelleher, Neco Williams and Curtis Jones have stepped up to the mark this season, providing valuable cover for an injury-ridden Reds squad.

The trio are likely to feature again in what is essentially a dead rubber, with fringe players Takumi Minamino, Kostas Tsimikas and Rhys Williams also likely to start.

"We will see. It's not unlikely but not decided yet," Klopp said on the possibility of youngsters coming in.

"The job is to get in fresh legs, very important to get quality to change as much as you have to. It's pretty much led not by me, it's by the schedule."

He continued: "Our Champions League squad was already very young – we had four, five, six players involved in the squad during the whole campaign so far. And yes, they will travel and then we will make decisions. 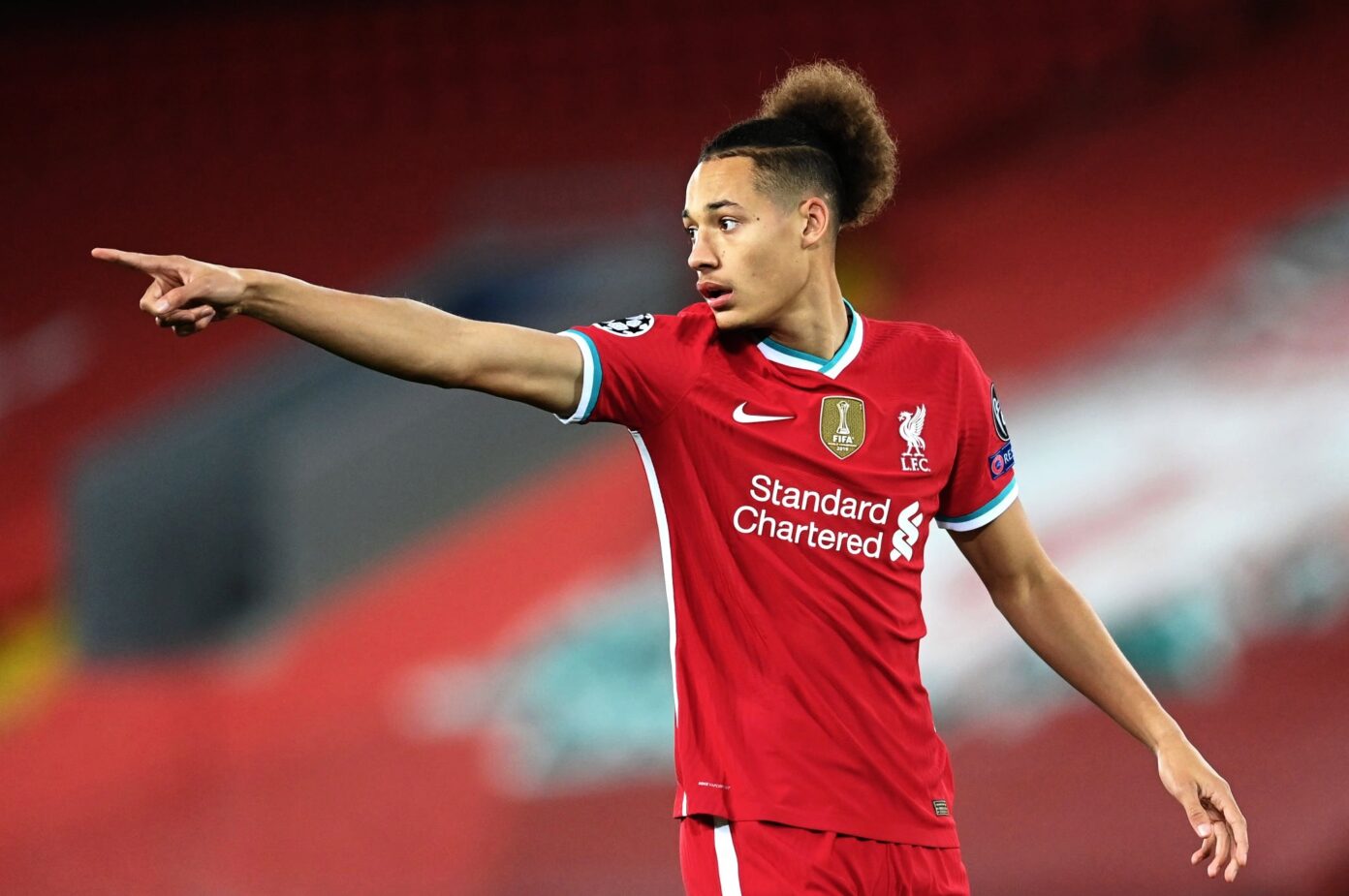 "We have today one session, yesterday we had a session already with players, especially who didn’t play in the Wolves game. Today is the one session we have together. And so I have still a few hours to make decisions.

"I will use the time, analysis is not finalised yet and that will all play a part in my thinking. We will see.

"We have to consider the general situation, that’s clear, but we have to consider as well it’s Champions League, we are Liverpool and we want to win the game. All these kind of things will lead in the end to a line-up."

Klopp was also asked how satisfying it was to see youngsters coming through the academy and having an impact on the first team.

The boss emphatically declared "without them, we would have been lost" as he praised the kids for taking their chances.

"We don’t have to say it any differently, we had some problems injury-wise, that’s clear. We lost top, top, top, top-class players to injuries," Klopp said.

"But, of course, one door closes and another opens up. That’s how it is. But then you still need the right kids or right players to use the chance, how the boys did it.

"We can go through all of them. What Rhys Williams did so far in the Champions League is exceptional. What Nat Phillips did when he played in the Premier League was absolutely exceptional.

"Neco played now two really good games in a row, especially the last one was really good. Curtis plays like he played already 10 years for us. Caoimhin was always a talent, now he got the chance to show that on the big stage and used the opportunity, nice for him.

"Without them, we would have been lost, to be honest. And thank God, it worked out. The biggest part is obviously that they really are ready for it, they are the biggest reason for it. 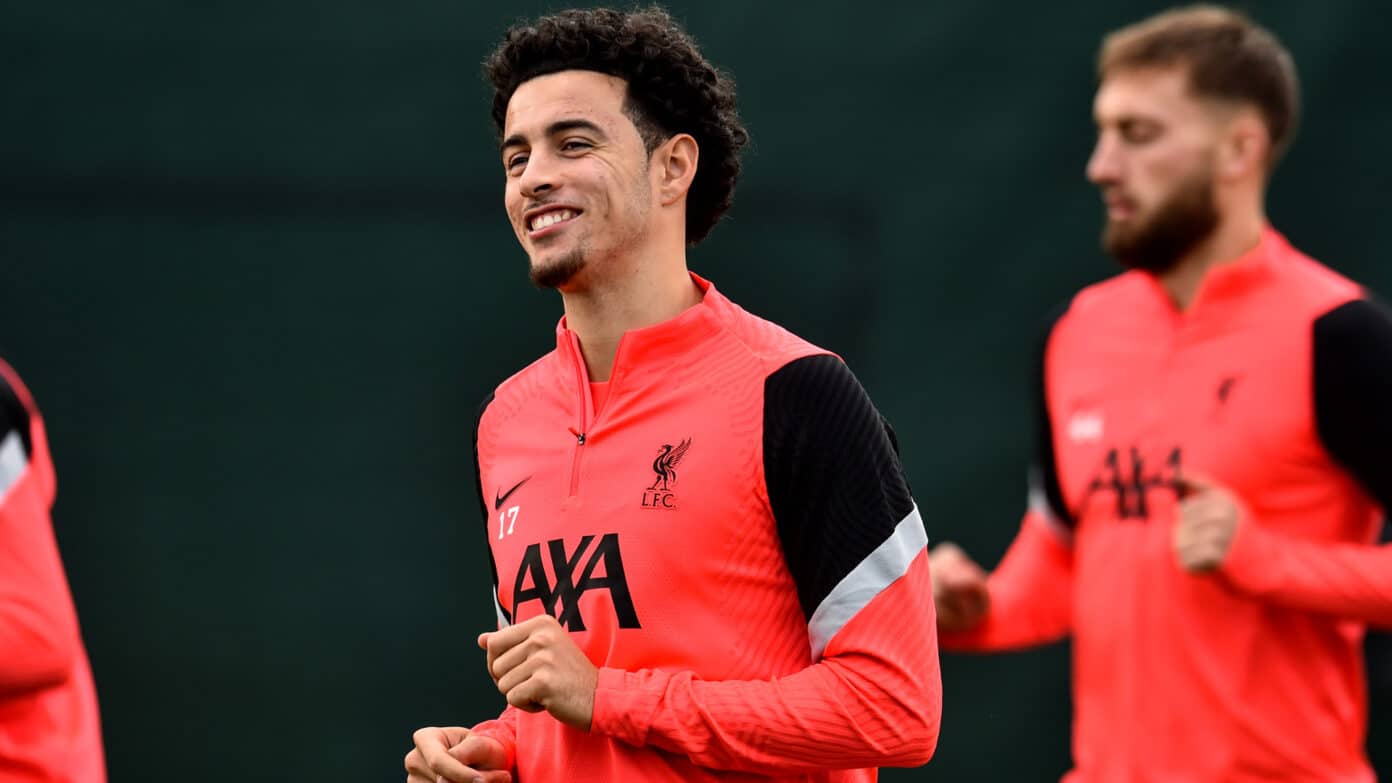 "But Vitor Matos and Pep Lijnders are really close to that group before they join us even. So they were really well prepared. That’s good and that’s why we could use them in the way we use them."

The Reds beat their opponents 2-0 in the reverse fixture in October, but Klopp insisted they were far better than their place in the table suggests.

"It will be difficult because Midtjylland is much better than the table shows. When you make the analysis you see how good they are in the games," Klopp said.

"They grew in the competition, without getting points but it’s a strong group, so it was difficult for Midtjylland. But I’m sure they will give us a proper fight and we have to be ready for that.

"In general I have a lot of respect for Midtjylland, to be honest. We played here and we were slightly lucky to win the game."

"But I think they should be really proud of what they did so far in the Champions League. I know they think in this moment we are a big chance for them, a big name, but they expect us to make some changes and stuff like this. 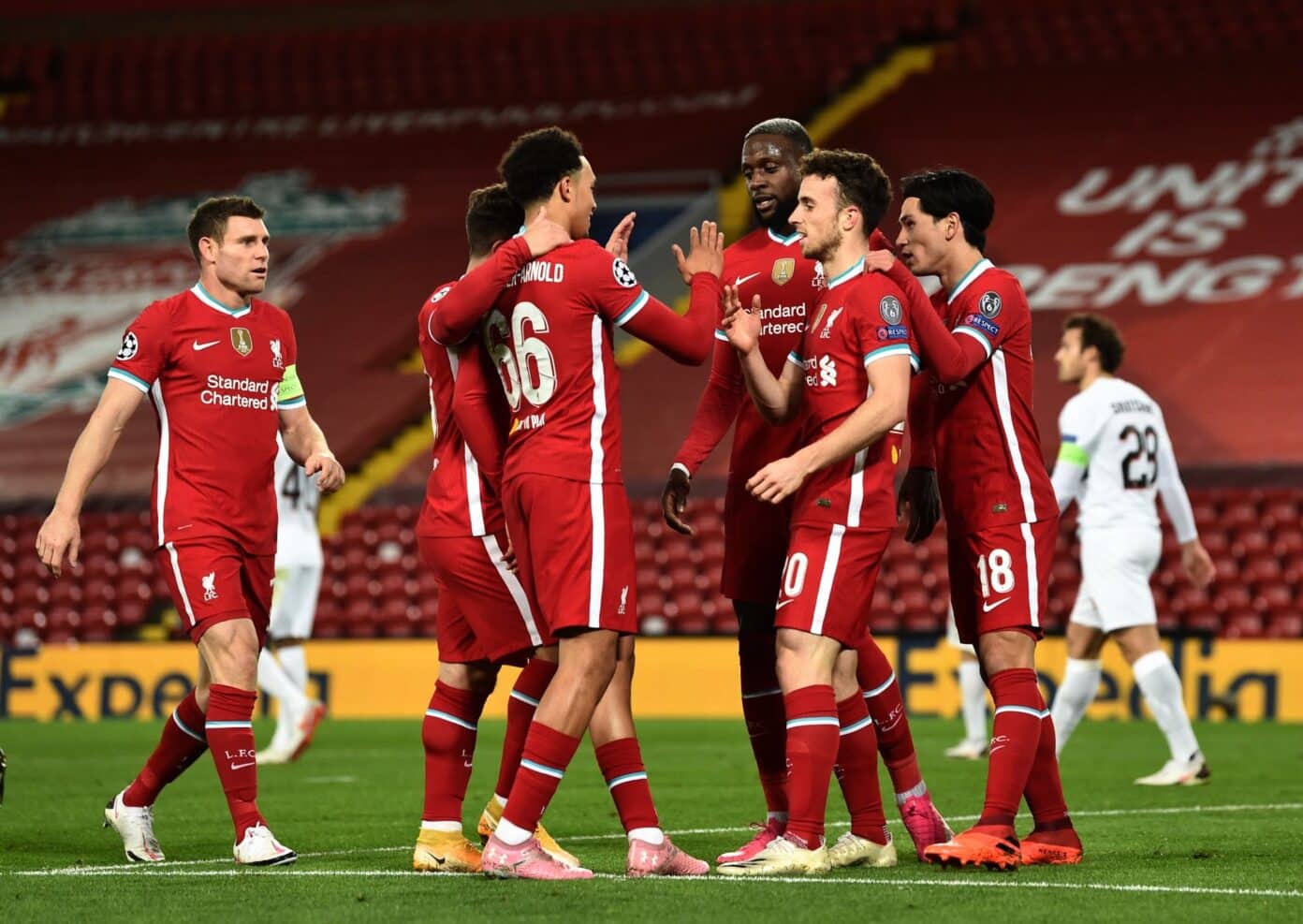 "They have a home game, so they can go to four points, which would be a big one. From a financial point of view, winning a game in the Champions League is a big one. But the bad news [for them] from my side is we go there with all we have.

"We try absolutely everything to win that game, we want to have 15 points. But with all the respect for Midtjylland and they didn’t have to change their system that I think a lot about them, because since Sunday I have nothing else to do than thinking about Midtjylland.

"It’s not finished yet. We will be there and hopefully, we will be prepared."

You can watch everything Klopp had to say during his full press conference above, with youngster Kelleher also present for his first meeting with the media.