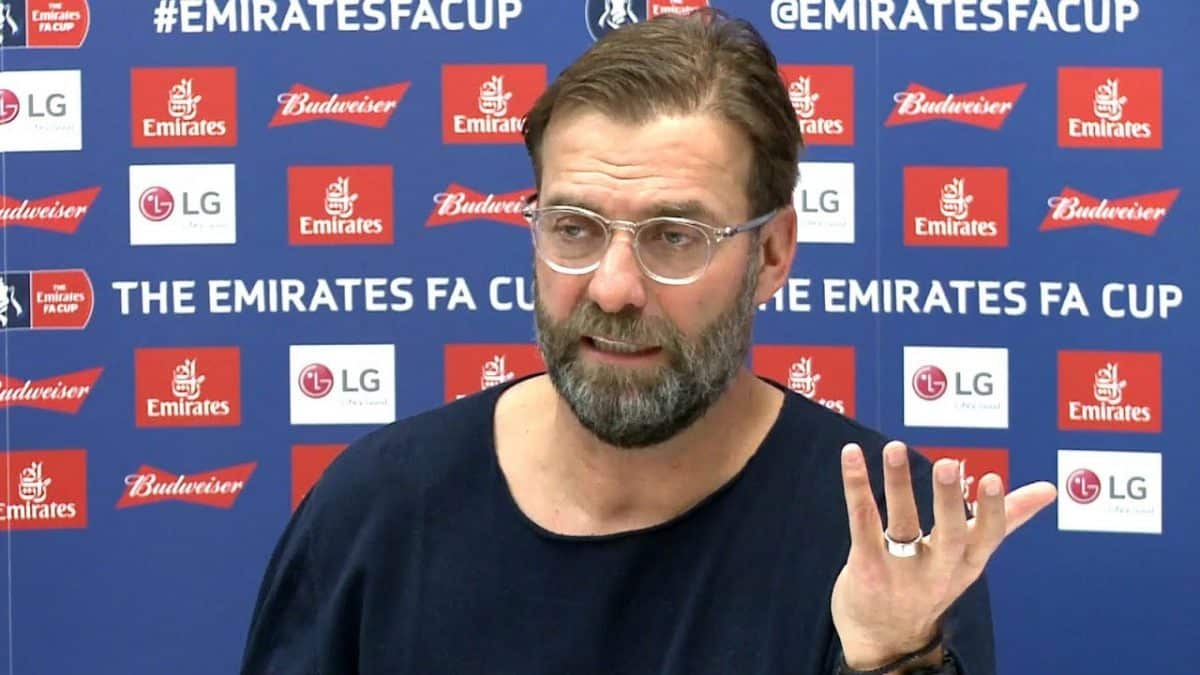 Jurgen Klopp spoke to reporters at Melwood ahead of Liverpool's trip to Wolverhampton Wanderers in the FA Cup on Monday.

The Reds return to action just four days after their first defeat of the Premier League season, a 2-1 loss to Manchester City at the Etihad.

Monday's trip to the Molineux to face Nuno Espírito Santo will be the perfect opportunity to put things right and get back to winning ways for Klopp's side.

The Reds are expected to make a number of changes, with the manager confirming to reporters that goalkeeper Simon Mignolet and left-back Alberto Moreno will definitely start.

The boss insisted that in order to progress, they must play with the "right intensity", which means making some changes to his lineup after a busy festive period.

"How can we speak in the first round of the FA Cup about winning it?," Klopp said.

"It is clear in the end the quarters and the semi-finals of the FA Cup are always unbelievably difficult, they are like Champions League games. It’s a very important competition, but we have to make sure we can play with the right intensity.

"For this you need – if you can do it – to make changes. To be honest, I don’t think Wolves will make changes, they have a very tuned team and I think [Santo] said already there is enough times between the games. We have to make a couple [of changes], so we will see.

"We want to win everything, but you cannot win it in the first game – you have to make sure you are as good as possible in that game, make the right decisions about the line-up – maybe tough decisions, maybe not that tough – and then we will see.

"Again, it is always when people talk to me about silverware it always looks like we have to get each little thing. If we won the FA Cup then people would say that we didn’t win the Premier League for so many years. "I would say we had the toughest draw together with Chelsea in the first round of the League Cup. I don’t know all the others, but [other than] Bournemouth versus Brighton there is not a lot of all-Premier League ties.

"We have to think about the whole situation, not being like children and jumping always from one problem to the next problem – we have to consider all and that’s what we will do."

Liverpool youngster Ki-Jana Hoever could also play a part for the Reds, becoming the third youngest Reds player to feature for the first-team, in what would be a bold move by the boss.

“He’s an incredible, confident, young fella and he’s really a good player on top. That we can see him day in, day out is really cool," Klopp added.

Wolves vs Liverpool kicks off at 7.45pm on Monday night and you can keep up with all the action via our live match-day coverage.