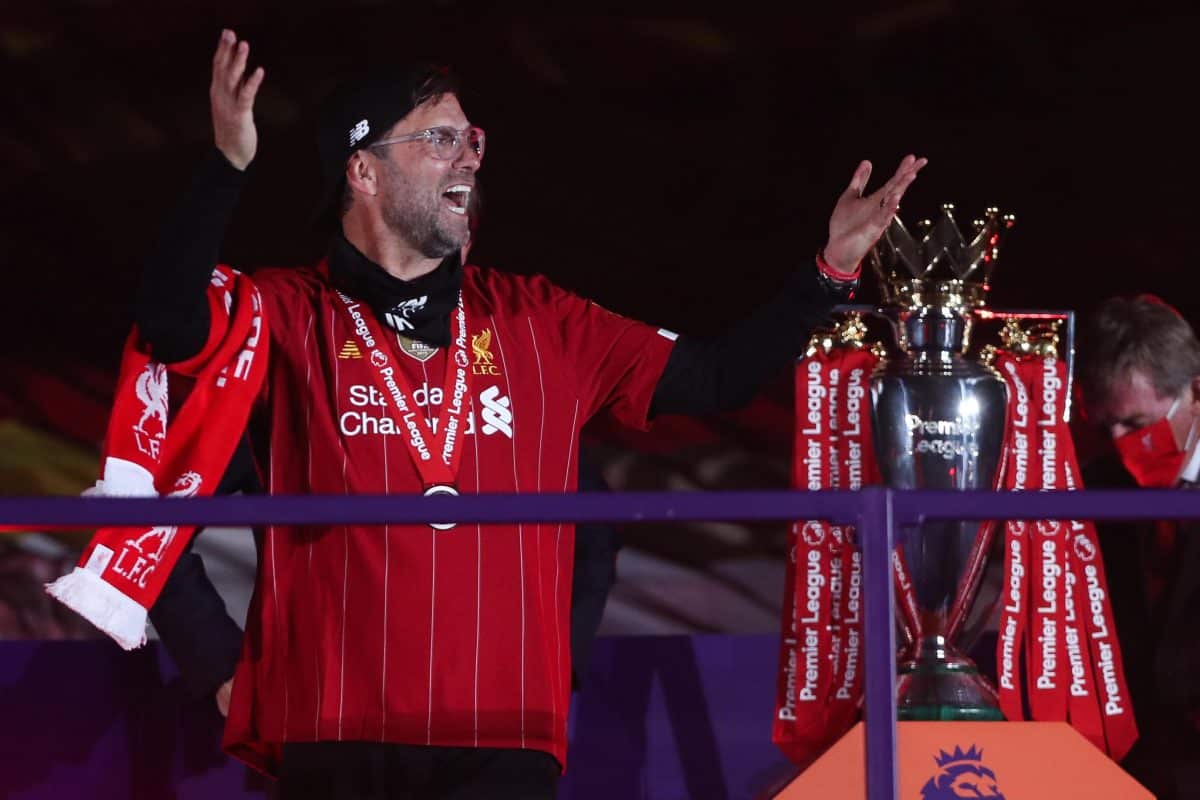 Jurgen Klopp insisted his title-winning Liverpool side “will not stop” as they ended their long wait to lift the Premier League title.

The Reds lifted their first league title in over 30 years, and their first since the Premier League’s inception in 1992, following Wednesday night’s 5-3 win over Chelsea.

It was an unforgettable campaign for Klopp’s side, who blew every team out of the water with their remarkable consistency and determination.

While supporters were unable to share the moment with the team, the players and staff had their families and friends in the stands as they lifted the trophy during a ceremony on the Kop.

“We have the players. Naby [Keita] played pretty much only the last part of the season. We have pretty much had the chance to take another step. But we have to because the others will not sleep.

“[There are] no guarantees for anything, other than we will try.”

Klopp had a heartfelt message for supporters following the lift as he welcomed Reds to “have a party” with the side once the coronavirus pandemic is dealt with.

“That’s how life is - you make the best of what you can get. Our families are allowed to be there, which is incredible,” he said.

“Everything would be better with fans, but we’ve known for months that would not be possible. A few months ago, I wasn’t even sure it was going to be possible even to play football.

“I couldn’t be happier, to be honest. It would be perfect if the stadium were full, I know, but we cannot change it. What we try to do to make clear for the people is that we do it for them.”

He added: “If you cannot see that we do this for you then I cannot help you really.

“Five years ago, I asked you to change from doubters to believers. I asked, and you did it. You made us champions. Thank you very much.

“We should all celebrate. Drink what you want, but you have you to prepare for a party when this bullsh*t virus is gone. Then we will have a party all together. Make sure you are ready then.” 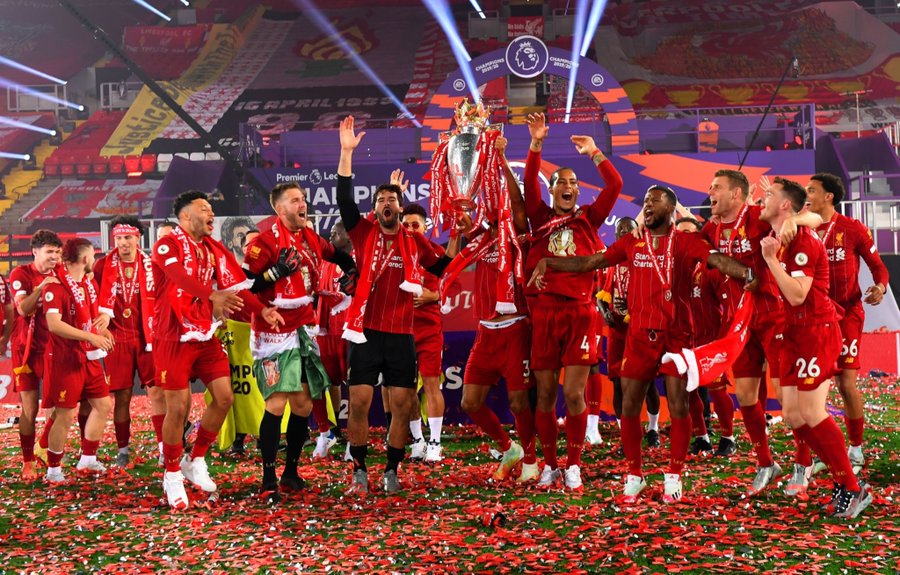 Liverpool clinched the Champions League last season before adding the UEFA Super and Club World Cup this year; a feat which Klopp acknowledges is “unbelievable”.

“It’s unbelievable, to be honest. We won four trophies – big ones – and I couldn’t be more proud,” Klopp said.

“Normally I’m a person who doesn’t need pictures with something. As long as I can remember it, it’s worth it.

“But I will have a picture with all four trophies because it doesn’t happen often.”