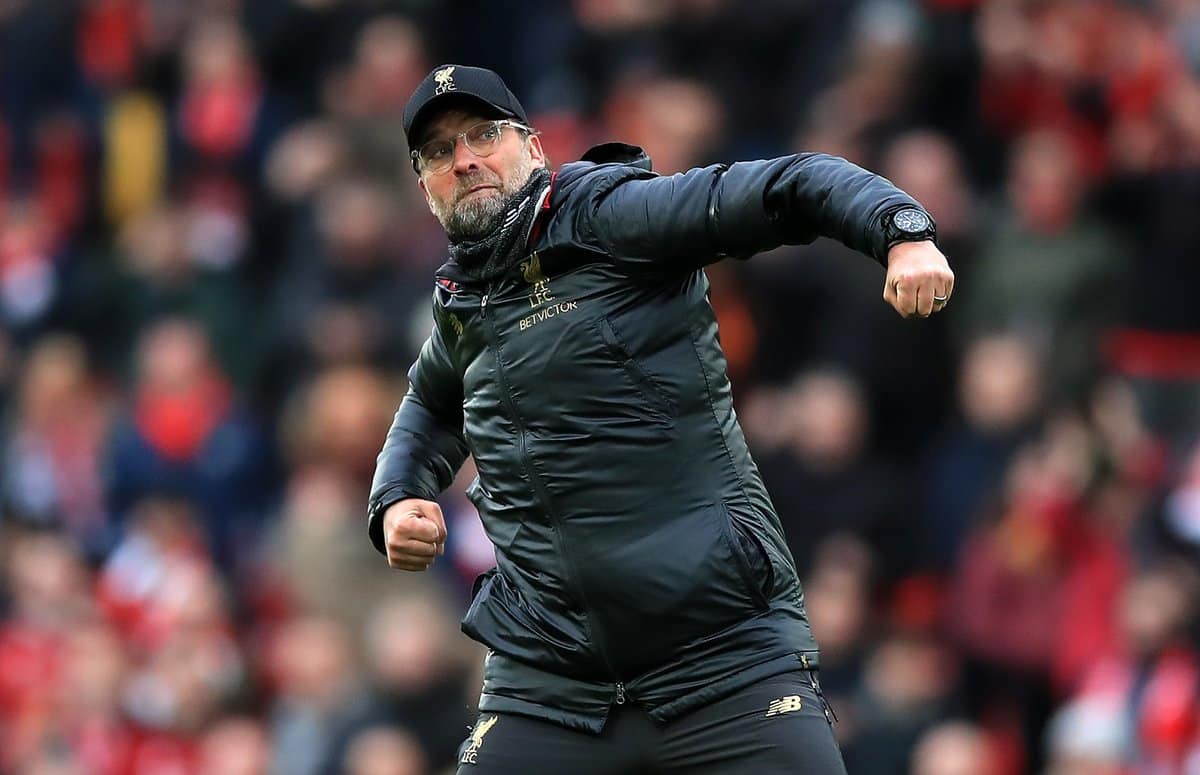 Liverpool boss Jurgen Klopp was delighted with his side after the Reds beat Chelsea 2-0 to retain top spot in the Premier League on Sunday.

Manchester City's win at Crystal Palace meant all the pressure was on Liverpool to earn three points against Maurizio Sarri's side if they wanted to return to the top.

The Reds delivered in emphatic fashion as Sadio Mane and Mohamed Salah struck twice in three minutes to give Liverpool a convincing 2-0 win.

Speaking after the game, Klopp was full of praise of his side and highlighted his midfield trio of Fabinho, Jordan Henderson and Naby Keita as crucial to proceedings.

"You have these days when you see from the first second that it’s clicking. Football-wise, we were really in a good moment today, all three midfielders," he said.

"It was the plan that Hendo is slightly higher and we have this in between the lines, it then gives Fabinho and Naby a bit of different space.

"It’s not always exactly the same idea, today it was a little bit the idea. From the first moment he (Fabinho) was there, football-playing.

"And of course, defending this centre – Sarri-ball is not a coincidence, it’s really difficult to play against and there are some good reasons for it. We did it in a really good manner.

"We didn’t say, Bobby plays against Jorginho, for example. We gave the boys a lot of responsibility in these moments and they dealt with it sensationally."

Whilst a draw or defeat would have been a huge blow for the Reds in the title race, Klopp insists that there is nothing stopping the Reds from gaining maximum points from there remaining fixtures. 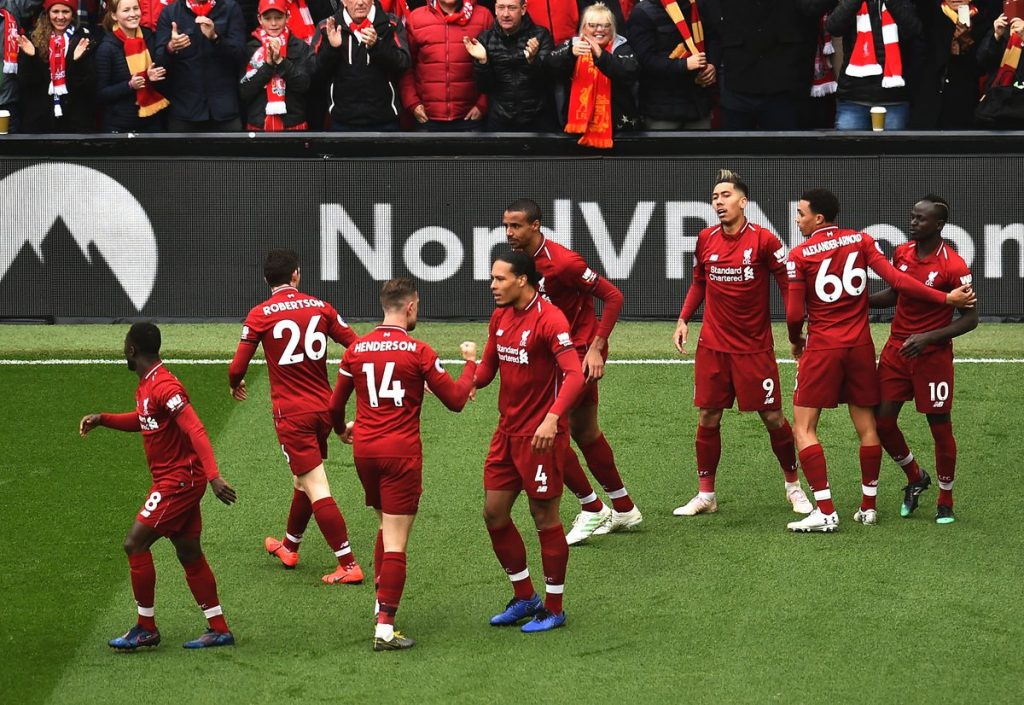 "What we want to do is collect as many points as possible, really. 85 points, four games to play, that means [we can get] 97," he said.

"Good, let’s try. Let’s try that. If that’s enough, perfect, and if not, we cannot change it.

"I am so proud of what the boys did today, and I loved, loved, loved the atmosphere – it was outstanding what the people did today.

"You could feel it, they are all on their toes, so let’s try to do that seven more times and then we see what we get for it."

The manager was also delighted with Mohamed Salah, whose goal he described as being one of the best goals he had seen live, declaring it "blew me away".

The Reds are next in action against Porto for the second-leg of their Champions League quarter-final tie as they hold a two-goal advantage heading to Portugal.

They then face a tricky trip to Cardiff City on Sunday, a day after Pep Guardiola's side face Tottenham at the Etihad for another crucial game in the title race.