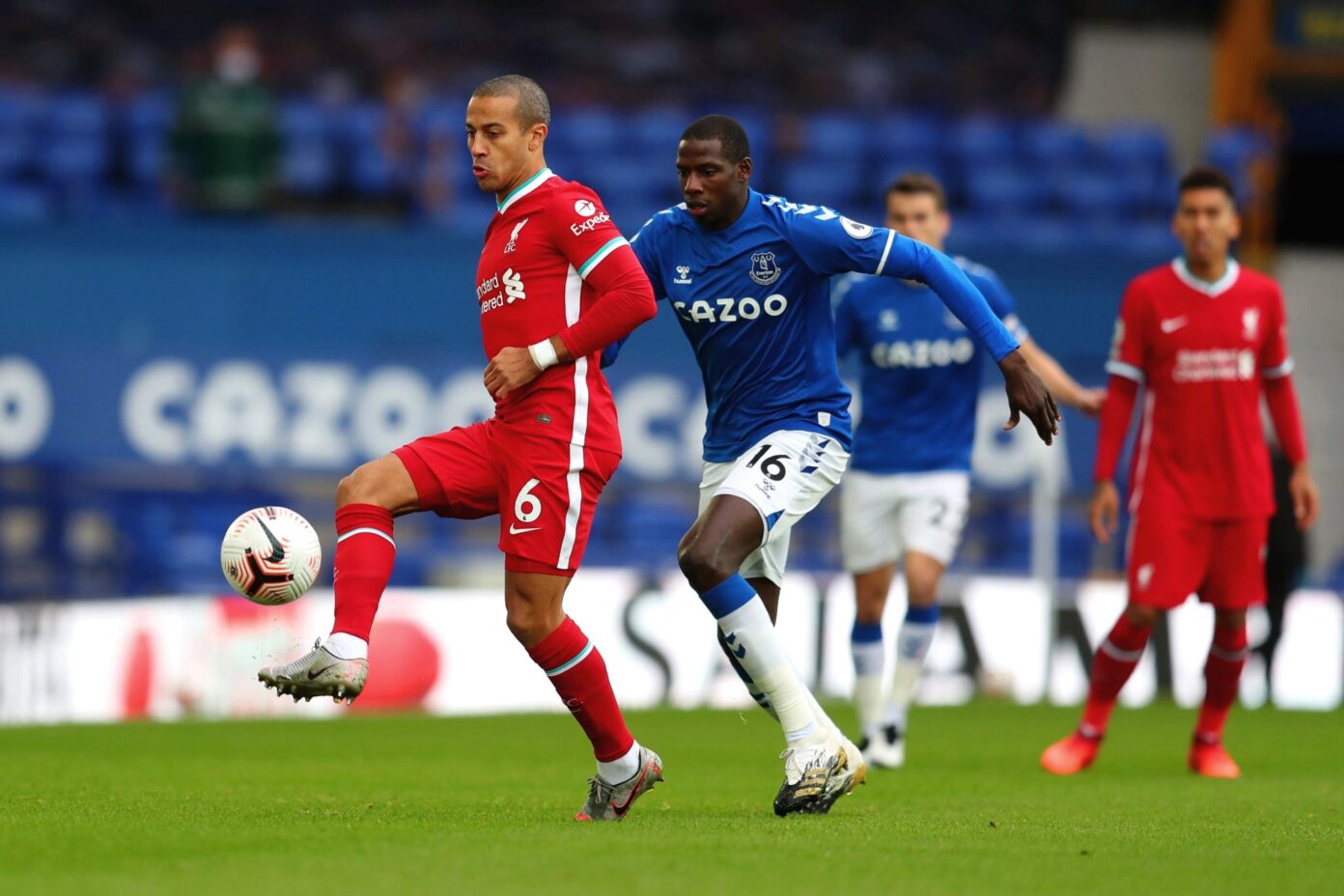 Jurgen Klopp was dishevelled with Everton's physicality as he revealed Thiago Alcantara sustained a knock at Goodison Park.

The Reds had to settle for a point despite going ahead twice against Carlo Ancelotti's side, with Sadio Mane and Mohamed Salah's efforts being cancelled out by Michael Keane and Dominic Calvert-Lewin.

Virgil van Dijk was forced off injured inside the opening ten minutes after a wild tackle from Jordan Pickford, with the Everton goalkeeper escaping any punishment.

A lunge by Richarlison on Thiago late in the game saw the Blues reduced to ten men, with Thiago visibly in discomfort following the tackle. 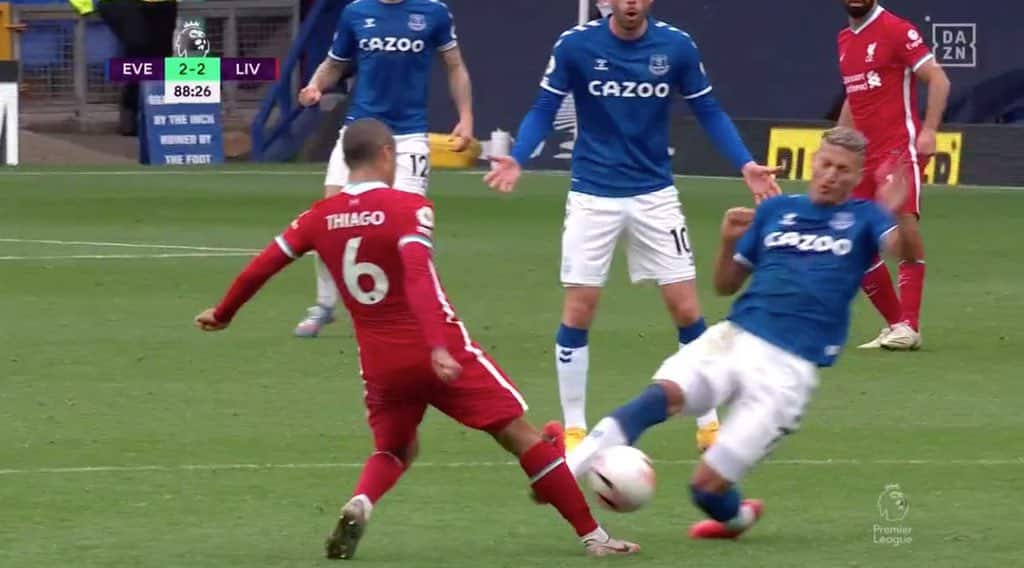 While Thiago appeared to avoid injury at the time, Klopp has now revealed the Spaniard has suffered a worrying injury.

Speaking to BT Sport, Klopp said: "We don’t know what Thiago has, it doesn’t look good."

He later added: “When I left the pitch, Thiago told me in the red card situation with Richarlison he thinks he got injured. We will see if it’s true or not, but if he felt like this then we need to have a look.”

Speaking to reports in his post-match press conference, Klopp said on Van Dijk's injury: "It's not good. Virgil plays with pain but he couldn't play on. Not good."

Klopp's demeanour portrayed his annoyance, but he praised his side for their performance as he said they were the "superior" side.

“The performance was top. It was a good game from both teams," Klopp said.

"We were dominant against a side full of confidence with a clear plan and we played a really good game, our best away at Goodison since I am in Liverpool, but it is still 2-2 for different reasons.

"I would be happier if we won, but the performance was the response.

"Pickford kicks Van Dijk completely but I have to watch it back. The Henderson goal, I didn’t see offside, but maybe somebody can explain it to me.

"The game was brilliant. Should we have three points? Maybe yes but we cannot change it. We were superior.”