"I couldn't stop myself!" - Klopp on passionate celebration vs Everton 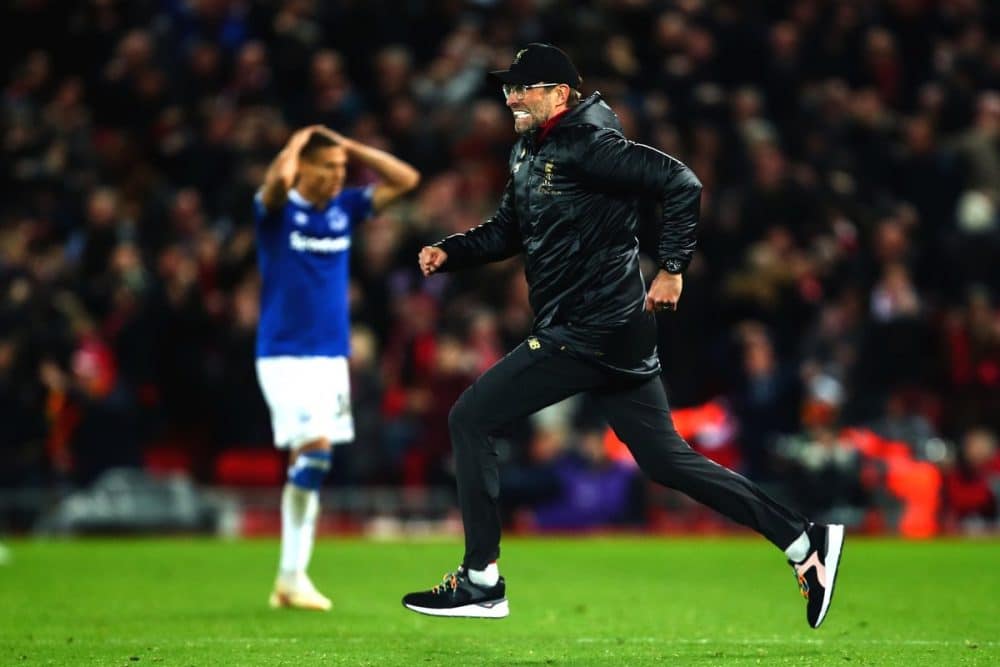 Jurgen Klopp admits he shouldn't have run on to the pitch to celebrate after Liverpool's last minute winner against Everton at Anfield.

With time running out, Trent Alexander-Arnold's long ball in to the box was cleared by an Everton defender, only to fall to Virgil van Dijk.

The Dutchman mis-hit his shot only for it to loop over Jordan Pickford, who made a mess of catching the ball.

The ball landed for Divock Origi, who finished from close-range and sent Anfield - and Klopp - into wild celebrations.

The manager ran on to the pitch to embrace goalkeeper Alisson, however he apologised in case it was seen as 'disrespectful'.

"I have to apologise because I didn't want to be disrespectful but I couldn't stop myself,” he said. “It just happened!

"The game was with unbelievable intensity. Both teams had chances. Both goalkeepers had outstanding performances. In the end it was a very weird goal.

“I can't imagine the disappointment of Everton. But we got it and we will take it. It is a brilliant night.

"If I could describe it [how he feels] then I would have control over it. We don't want to look for excuses but that's how it is.

“I’m not sure what the FA has to do in a situation like this but I will have to wait. 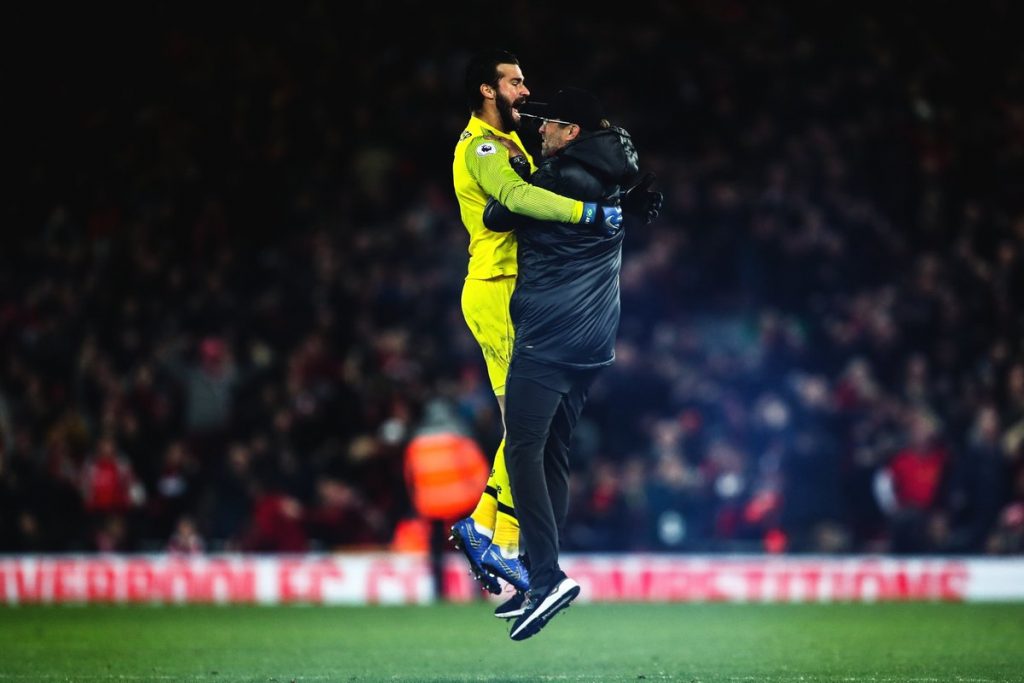 "The plan was not to run [onto the pitch to celebrate]! When I chose to stop I was close to Alisson.

“He was surprised! It was the last situation of the game. Both teams delivered an unbelievable fight.

“Both teams tried really to play football. No harsh things. The game was really good.

"We tried to control the game they had good counter-attacks. We tried to go in behind but we didn't play exactly like that, that often.

“We had our moments and had brilliant chances. Our counter-press was really good and we stayed in the game until the end." 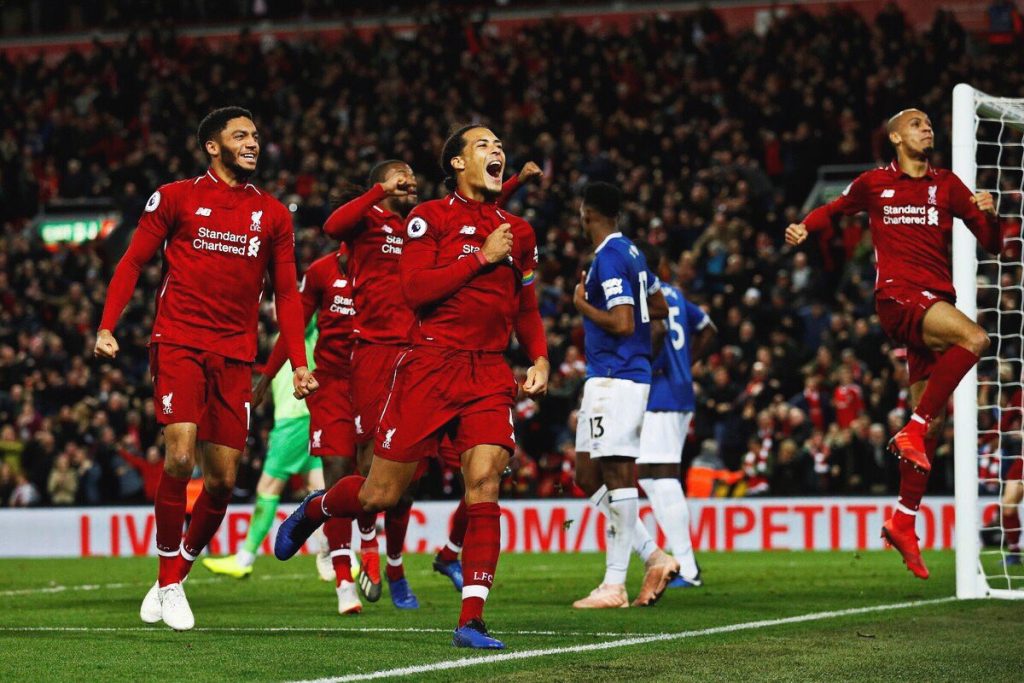 The manager also had nice words to say for Origi - who has found himself on the periphery of the squad after returning from a loan at Wolfsburg last season.

“It’s such a nice story that Divock Origi could score that goal,” he said.

“[After a] horrible injury in another game [against Everton in 2016], it was a big break in his career.

“Now he’s back fully fit and he can finish that game.

“For me, the situation [seemed] finished when the ball left [Van Dijk’s] foot, then I saw it was spinning and it was a really unthankful ball for the goalie.

“It was luck that Divock was exactly there.”