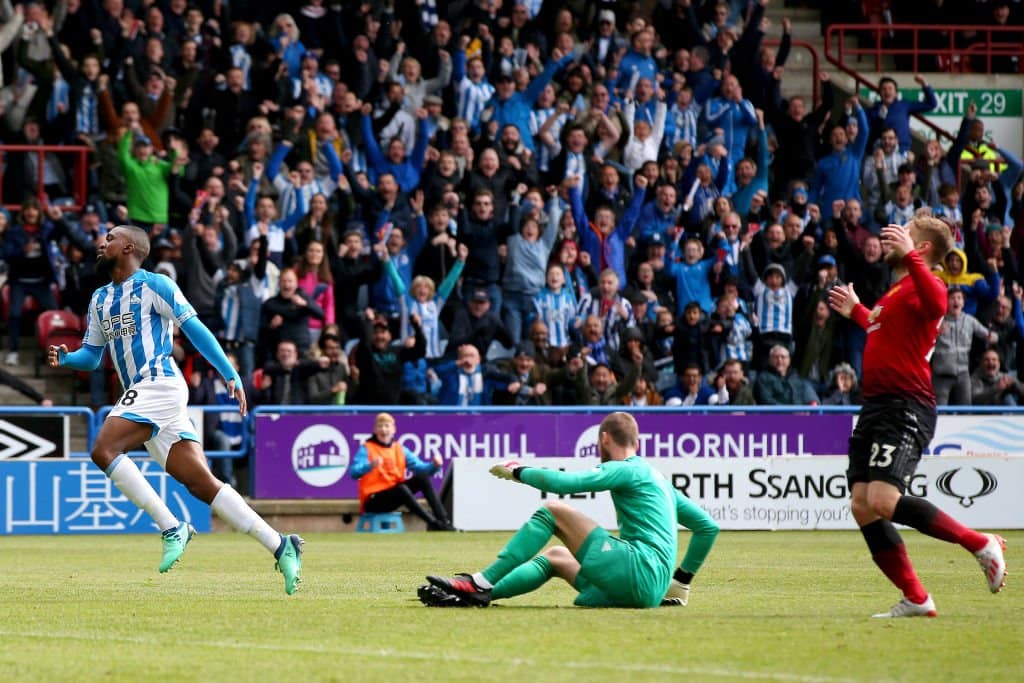 Huddersfield vs Man United highlights - Manchester United suffered a fatal blow to their top four dream after failing to beat the Terriers on Sunday.

Huddersfield came from a goal behind to draw 1-1 with Manchester United on Sunday evening, confirming Ole Gunnar Solskjaer's side's exclusion from the Champions League next season.

Huddersfield went a goal behind inside the opening ten minutes as Scott McTominay's left-footed strike went through goalkeeper Jonas Lossl and into the back of the net. 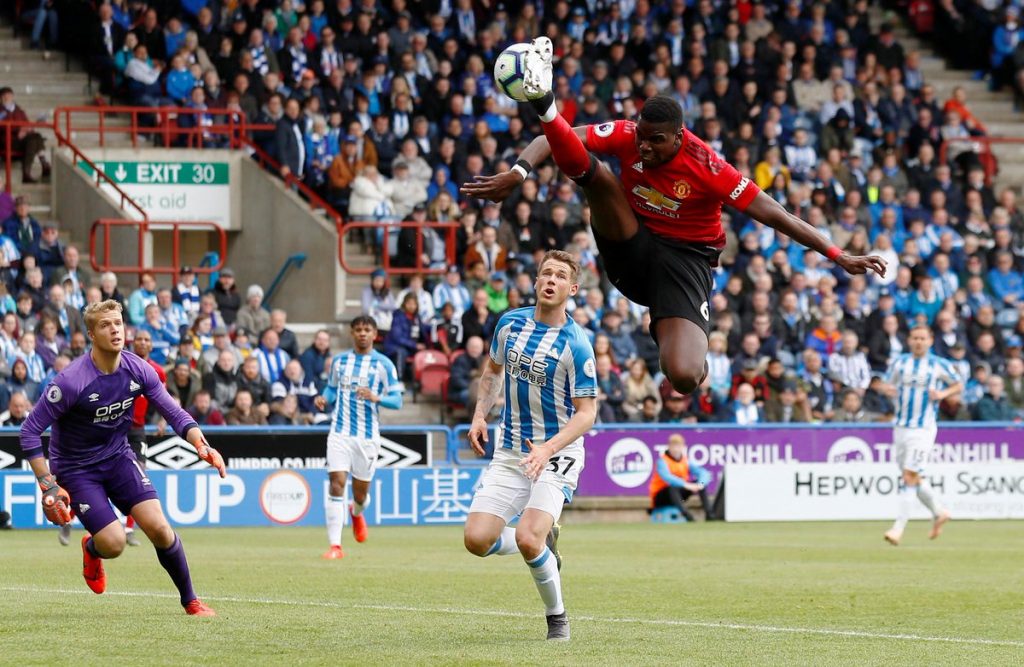 Huddersfield played relatively well despite being a goal down at half-time and they were rewarded on the hour mark as Isaac Mbenza slotted home an equaliser from Lossl's assist.

The result leaves United sitting in sixth place with 66 points, four points behind fourth-placed Tottenham with just one game to go, making it mathematically impossible to attain a Champions League spot.