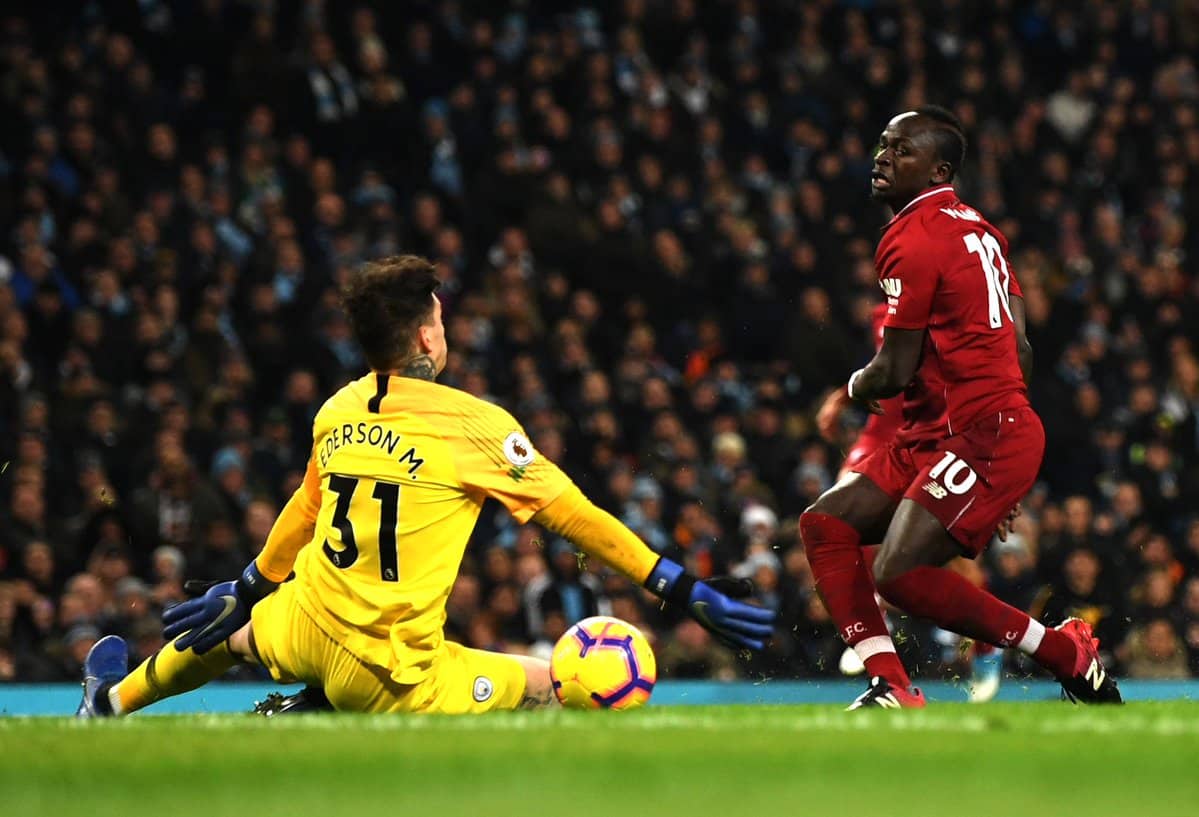 Liverpool came centimetres from taking the lead against Manchester City in the opening first half at the Etihad.

The game started off frantically, with Liverpool doing well to minimise Man City's effectiveness whilst posing a threat on the counter.

The Reds could have taken the lead in the 18th minute when Mohamed Salah slid through Sadio Mane.

The winger's low shot went past Ederson, only to come back off the post. City attempted to clear the loose ball, with John Stones smashing the ball at goalkeeper Ederson.

The ball made its way back towards goal, only for it to be scrambled off the line with a mere centimetres in it.

The Reds will count themselves unlucky not to take the lead, with the game currently 0-0, which is not a bad result for Jurgen Klopp's side, should it end that way.

UPDATE: Sergio Aguero puts Man City 1-0 up inside the last five minutes of the first-half.