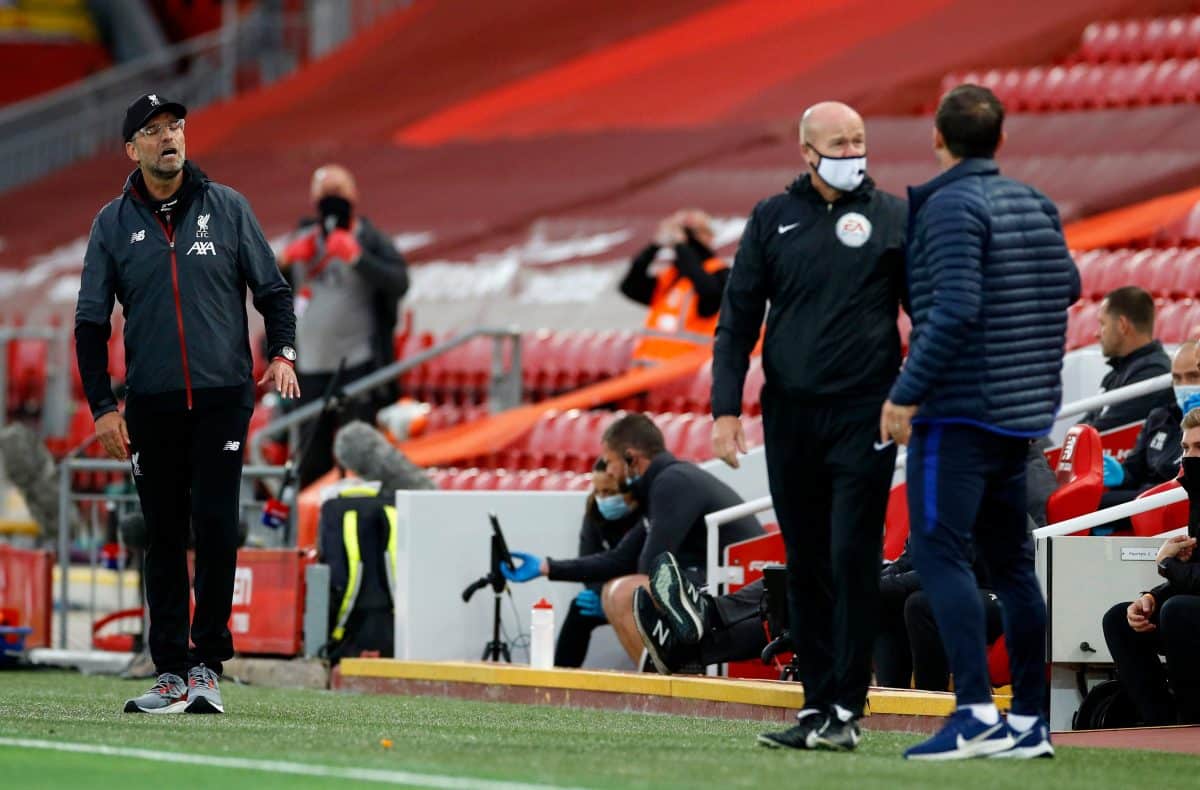 Jurgen Klopp has some advice for his Chelsea counterpart Frank Lampard, saying he "has to learn," despite praising his competitive mood on Wednesday night.

The two managers were involved in an exchange of words regarding a foul given in the Reds' favour during Liverpool's 5-3 win over Chelsea on Wednesday night.

The free-kick was converted by Trent Alexander-Arnold, who put the Reds 2-0 up with a sensational strike from distance.

Footage on social media showed Lampard's frustration towards the Liverpool bench as he unleashed a foul-mouthed tirade to illustrate his point. Later, he labelled some of the Reds' staff as "arrogant" for their attitude.

Speaking in today’s pre-Newcastle press conference, Klopp offered advice to the former Blues midfielder as he continues to adjust to life as a top-flight manager.

Klopp said: "We are not arrogant. Frank was in a really competitive mood, and I respect that a lot and in a situation like this, you say what you want.

"For me, it’s after the game. I’ve said a lot in the past and because it’s pure emotion and he came here to win the game or get a point to get Champions League qualification.

"I respect that a lot, but he has to learn to finish it after the final whistle and he didn’t do that. Frank has a lot of time to learn, he’s a young coach but that is what he has to learn. 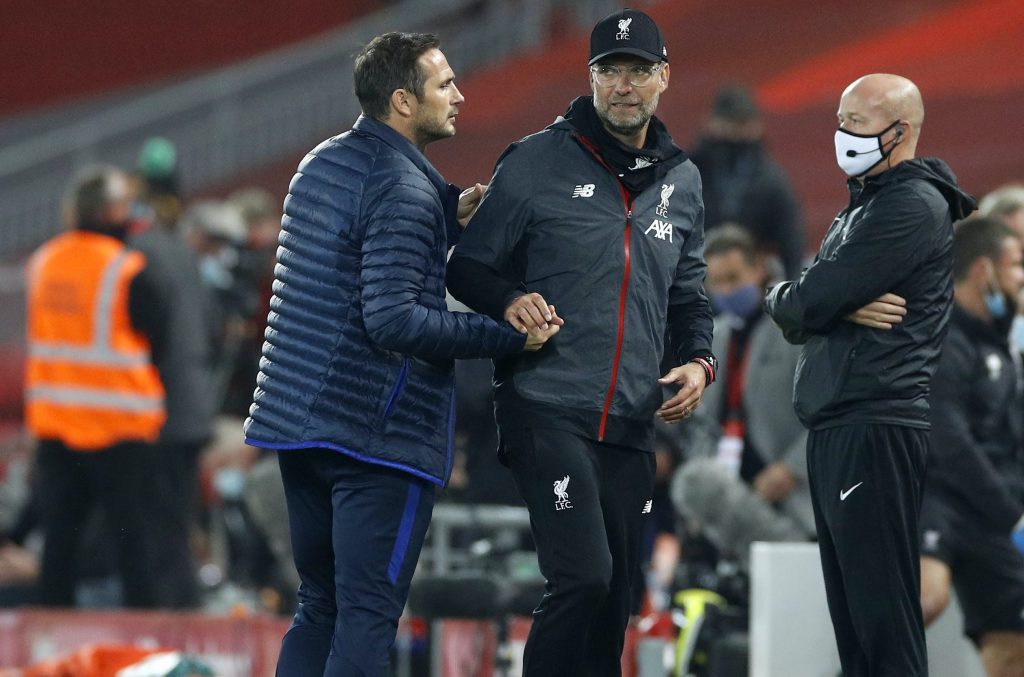 "We are not arrogant, we are pretty much the opposite but in a moment like this in all arguments, if you say something to hurt the person. That’s how it is."

When asked whether he remembers a similar moment in his early years, he replied that this was likely.

Before joining Liverpool, Klopp had successful spells with Mainz 05 and Borussia Dortmund – as a player he made over 300 appearances for Mainz so he does believe that at some stage he shared similar traits to Lampard.

“I don’t remember but probably yeah!” he said.

“I really don’t know anymore, but I respect all the coaches, you have a little look at yourself and know how outraged you can be in different situations.

“We all have our subjective personal view on situations. Foul, no foul; handball, no handball. You feel it’s unfair or whatever, then you cannot wait until after the game to say ‘today wasn’t nice or whatever – but it happens.

“I probably had it, but I don’t remember – during the game for sure. But after, I do not remember.”

When asked about the row by reporters during his pre-Wolves press conference today, Lampard admitted he "regrets" the use of language he used towards the Liverpool bench.

He said: “I’ve seen the video (on social media), in terms of the language used, I do regret that. 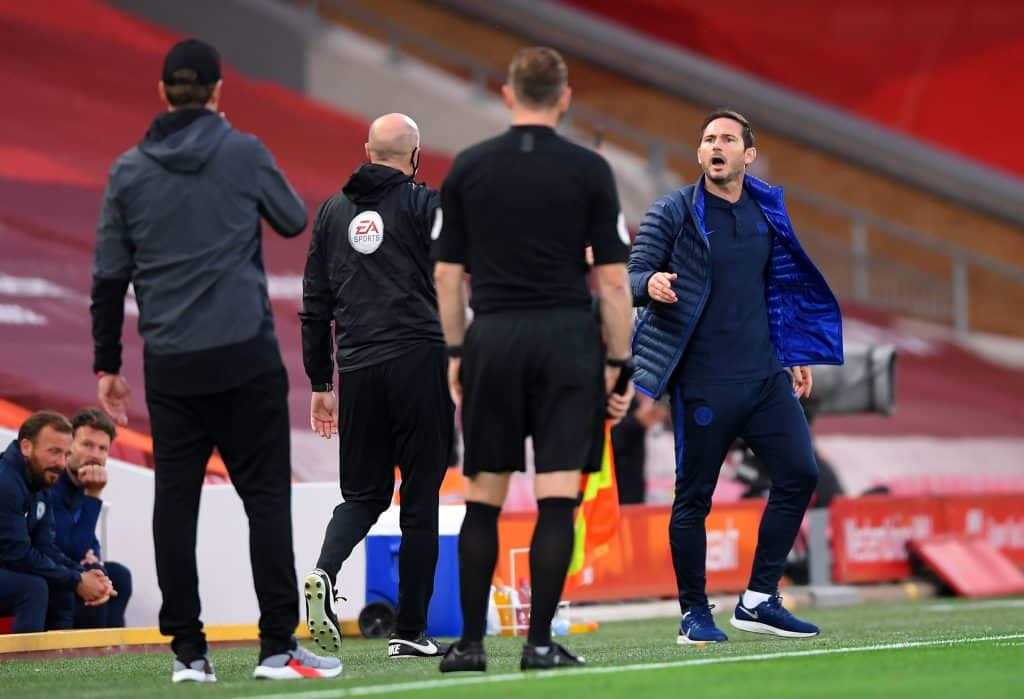 “I think these things get played a lot on social media so I regret that.

“In terms of regretting passion, I have to defend my team but I could have handled the situation differently.

“Some of the reports said that I was upset because of the way the Liverpool team celebrated – it’s far from it.

“Liverpool can celebrate as much as they want with this season they’ve had. I would have had a beer with Jürgen Klopp after the game because of the performance they’ve put in this year.

“There were things on the line that I didn’t like from their bench, not Jürgen Klopp, people behind the bench which I felt crossed the line.

“It’s done, emotions run high. I regret the language, but we move on.”