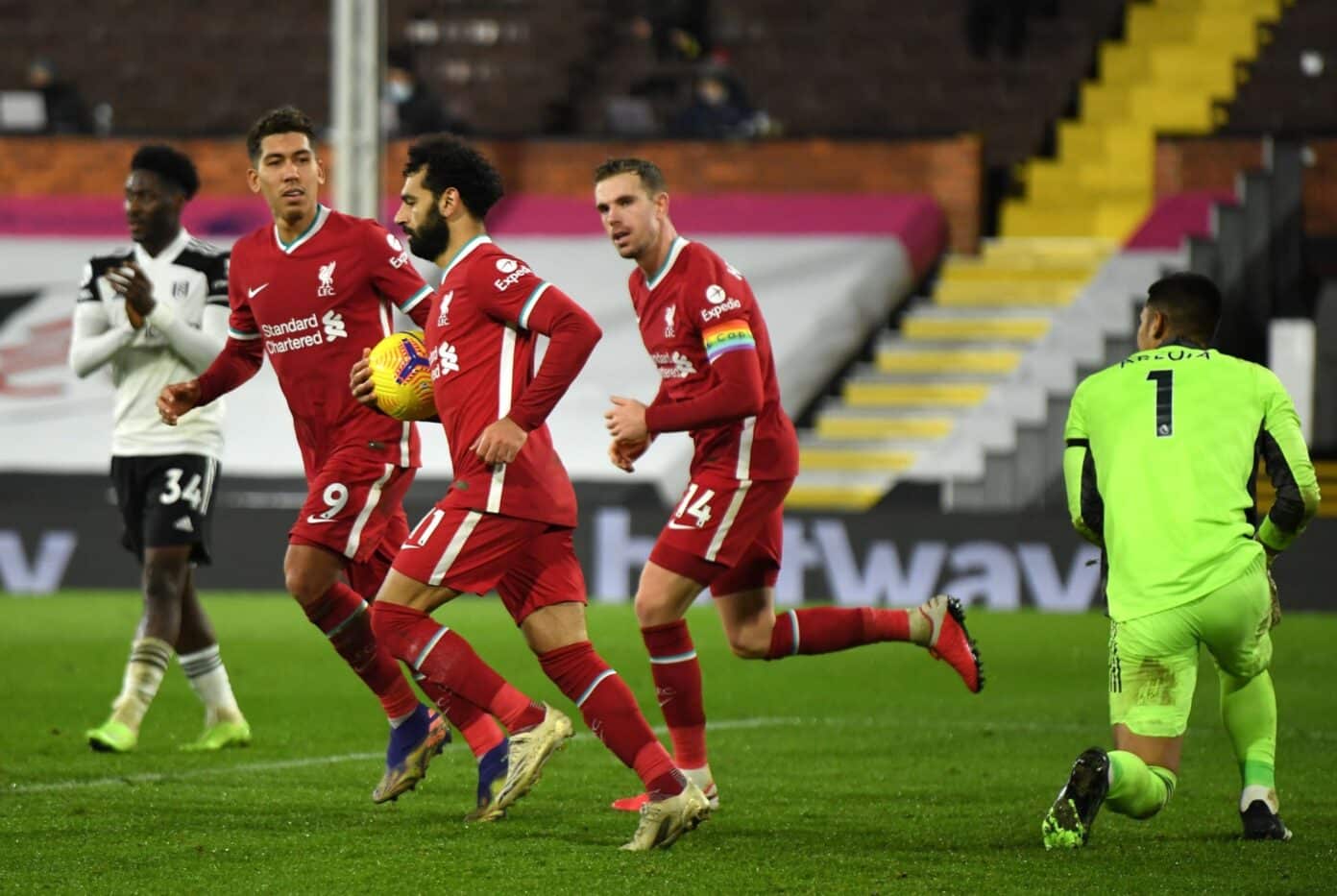 Fulham vs Liverpool highlights - Watch the goals and highlights from Craven Cottage as the Reds were held to a 1-1 draw on Sunday.

There was no magic from the front three as the Reds were forced to huff and puff for a point against Scott Parker's side.

Liverpool didn't get going for much of the first half and they were punished for their poor start as Bobby Reid dispatched an excellent effort across Alisson to make it 1-0 to the hosts.

The Reds improved as the first half wore on but Fulham restricted their ability to create any clear-cut chances as the home supporters appeared to give them a boost.

The hosts dug in for the second half as the Reds began to dominate the ball and dictate the rhythm of the game, although chances were still far and few between.

With Joel Matip coming off at the break with a suspected injury, Jordan Henderson, alongside Fabinho, looked to get the Reds going from the back with long diagonal balls.

Their perseverance was rewarded with a little over ten minutes left as a Gini Wijnaldum free-kick struck a Fulham hand in the wall. Referee Andre Marriner awarded a penalty for the champions, with Mohamed Salah stepping up to squeeze the ball home.

Liverpool looked for a winner in the final stages but, unlike so many times last season, couldn't conjure up a late chance as they settled for the point.

Next up is the visit of league leaders Tottenham to Anfield on Wednesday, with both sides level on points heading into the fixture.

Disclaimer: Fulham vs Liverpool highlights, goals and full match videos are provided and hosted by external sources. We help you discover publicly available material and act as a search engine. We do not host or upload this material and are not responsible for the content.