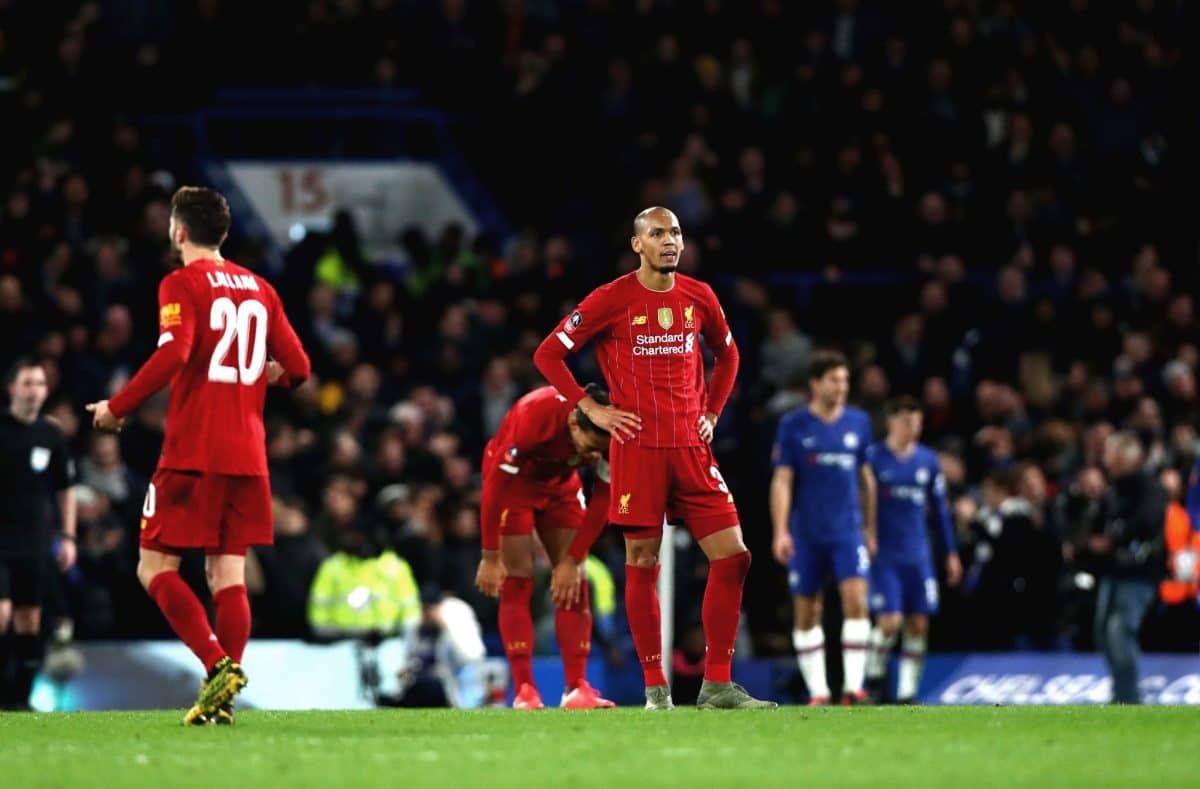 Chelsea vs Liverpool highlights: Liverpool crashed out of the FA Cup in the fifth round as Chelsea earned a 2-0 win at Stamford Bridge.

Jurgen Klopp made seven changes to the side that suffered a shock 3-0 defeat against Watford at the weekend as the likes of Adam Lallana, Curtis Jones, Divock Origi and Takumi Minamino came into the side.

Liverpool made an extremely promising start to the game as they continuously sliced the home side's defence open. Sadio Mane had a fantastic chance just three minutes but his left-footed strike from inside the box went straight at Kepa Arrizabalaga.

Virgil van Dijk then found Origi down the left with a fantastic raking pass, with the Belgian sending in a tempting ball into the box. Mane was inches away from making contact in the box, but Chelsea survived as they began to take charge of the game. 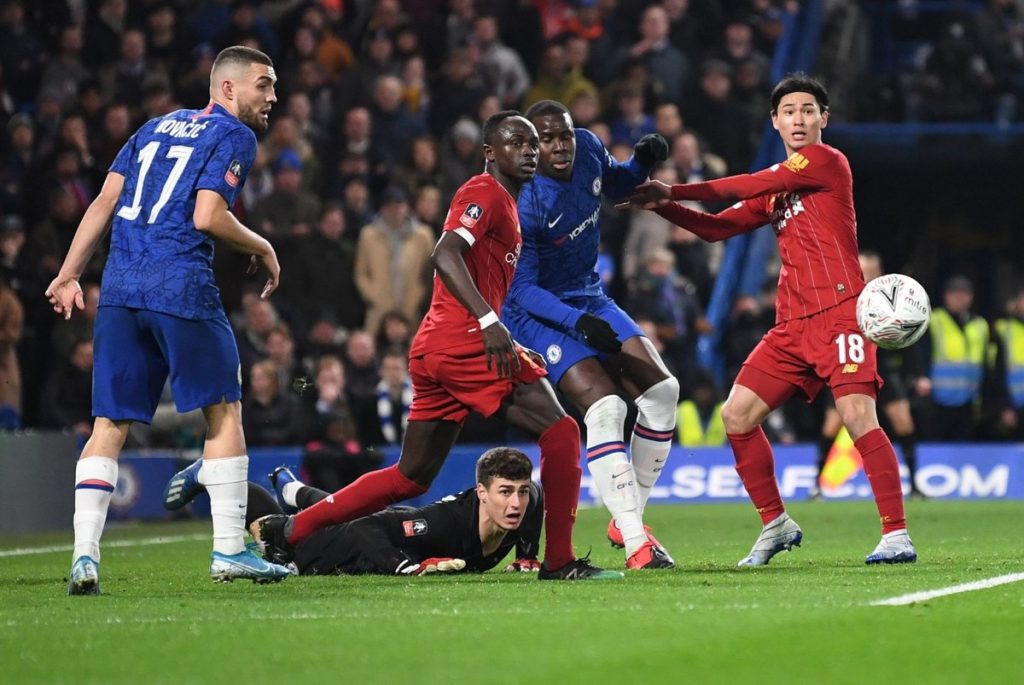 Chelsea could have taken the lead through Willian after the ball reached the Brazilian at the far post, however, Adrian was up to the task of keeping him out with a brilliant save.

But just seconds later, Fabinho crucially lost the ball on the edge of the Liverpool area, with Willian taking advantage and striking straight at Adrian, only for the Spaniard to blunder and allow the shot into the back of the net.

Both sides had their fair share of chances and Liverpool should have had an equaliser but for a sensation triple-save by Kepa, who kept out Mane, Origi and Jones in quick succession.

Despite wholesale changes for the Reds, they put in a similarly disappointing first-half display to the one at Vicarage Road and, in truth, they were perhaps fortunate not to be further behind at half-time. 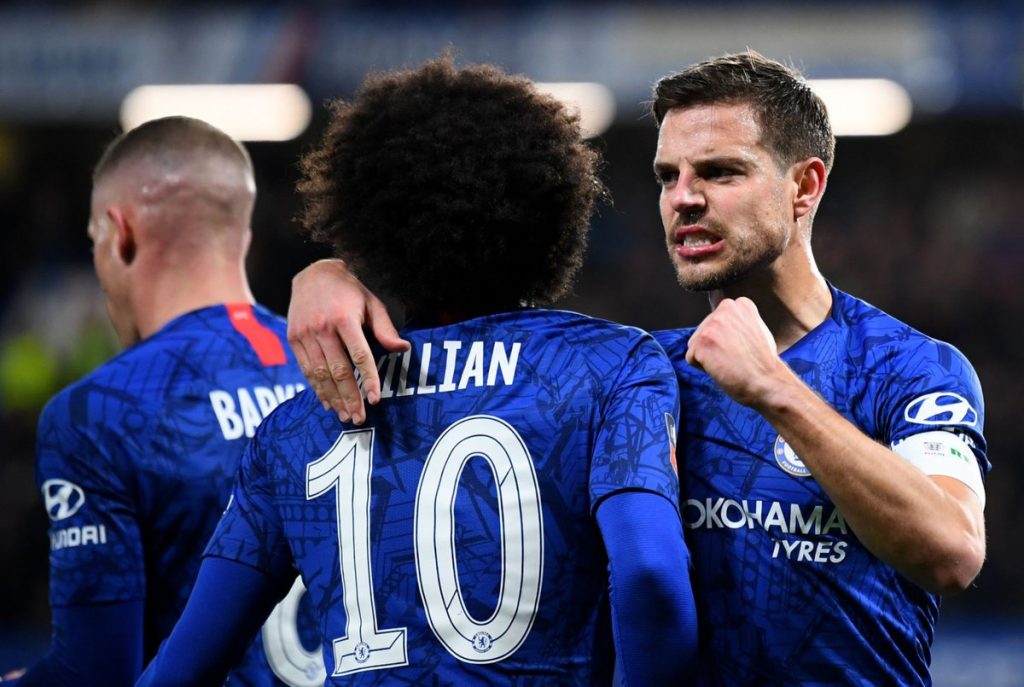 Chelsea got the crucial second of the game just after the hour mark as they established their dominance in the game, with Ross Barkley smashing the ball from outside the box and into the back of the net.

It could have got worse a few minutes later as Pedro gave Joe Gomez the slip and ran through on goal. However, Adrian kept his fellow countryman out with a solid low stop.

Olivier Giroud nearly made it three as he got behind the Liverpool defence and shot goalwards, with Adrian stepping up again and pushing his effort on to the woodwork.

Roberto Firmino, James Milner and Mohamed Salah all came on for the Reds as Klopp looked to get his side back into the game but they failed to create any clear-cut chances as Chelsea earned a hard-fought victory.

The result means Liverpool have lost three of their last four games in all competitions, with questions being asked of the Reds' ability to bounce back from their recent setbacks. All focus turns to the weekend as they welcome Bournemouth to Anfield.

Disclaimer: Chelsea vs Liverpool highlights are provided and hosted by external sources, notably DailyMotion, Youtube and forstreams.com. We help you discover publicly available material and act as a search engine. We do not host or upload this material and are not responsible for the content.