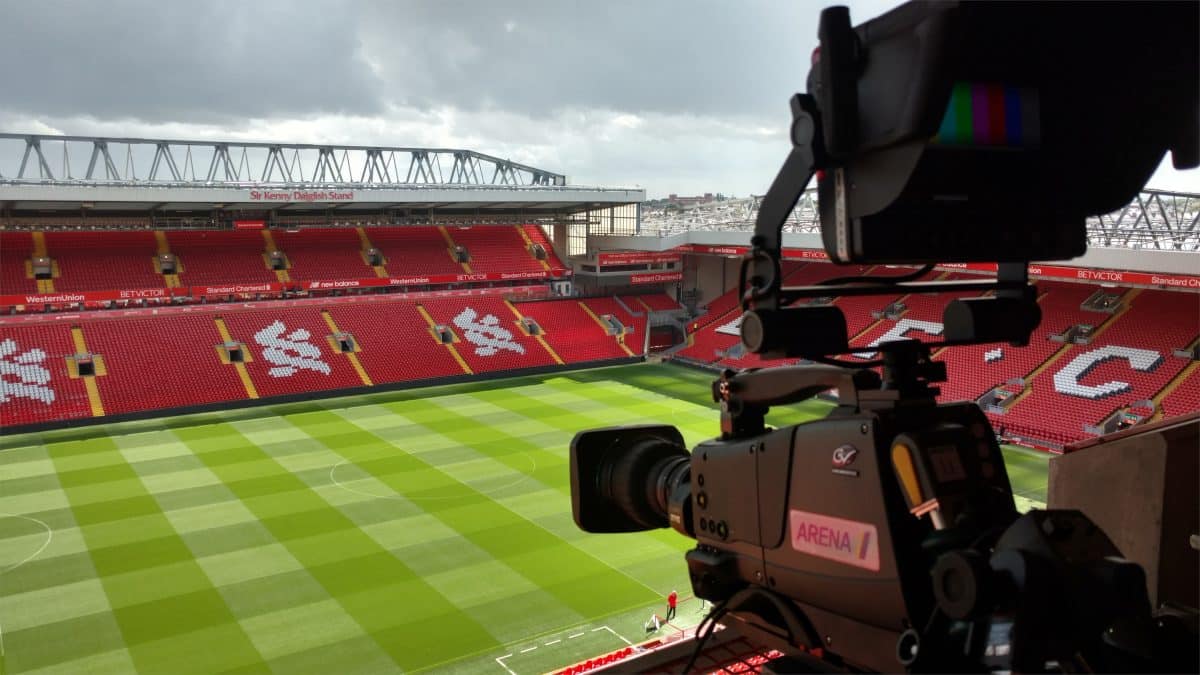 Watch Liverpool online via live streaming on your desktop, mobile or tablet via our collated list of streams.

Enable our desktop notifications or follow us on Twitter to never miss a minute.
View Liverpool Stream Listings

Liverpool are one of the most televised clubs in the world, with their matches broadcast to over 180 countries around the globe. Due to the stature of the club, most of the Reds' games are available to watch via live streams from broadcasters and other third-party services online.

In the UK, Liverpool’s Premier League matches are aired between three primary broadcasters:

The majority of matches are aired on Sky Sports, with BT Sport having a slightly lesser share. Amazon Prime Video Sport airs less than a handful matches at present, although this is expected to rise in future years with Amazon looking to further expand into the lucrative market of Premier League football.

FA Cup matches are broadcast on BBC Sport and BT Sport in the United Kingdom, with the current rights deal set to expire at the end of the 2023/24 season.

Liverpool’s Champions League matches are broadcast by BT Sport, who hold exclusive rights to all matches and highlights in the UK until 2024.

In the US, Liverpool’s Premier League matches can be found on:

Peacock Premium - NBC’s paid subscription service - will air 175 games across the campaign, with the Reds available exclusively on Peacock for more than a handful of matches.

ESPN+ broadcasts all of Liverpool’s FA Cup matches and holds these rights until the end of the 2020/21 season. The channel also has exclusive rights to all League Cup fixtures.

Champions League football is aired on CBS, starting the 2020/21 season through to 2024.

These channels are also available to watch on additional services in the United States, such as fuboTV.

The following channels regularly stream Liverpool games all around the world. You can watch the Reds online via these broadcasters' TV channels or online streaming options.

In addition to certified broadcasters, there are a number of third-party services and websites that stream Liverpool matches, however these are usually against broadcasters' regulations. These services include the likes of Reddit's now-banned Soccer Streams subreddit, whilst others such as Trees Network, FootyBite, 101 Soccer Streams, Liveonscore and Givemereddit Streams continue to thrive. We do not endorse the use of these websites and urge Liverpool supporters to purchase subscriptions via certified broadcasters such as NOW TV or fuboTV.

Liverpool live streaming is provided by external websites such as NOW TV and BT Sport. These broadcasters & websites are unassociated with LFC Globe. Please note we merely link to external streaming websites. No streams are stored or shared via LFC Globe servers. These websites may serve you advertisements. We hold no responsibility for content shared on their servers. For more, please refer here or contact us.