Behind the scenes during Liverpool's 3-0 Man City win - Video 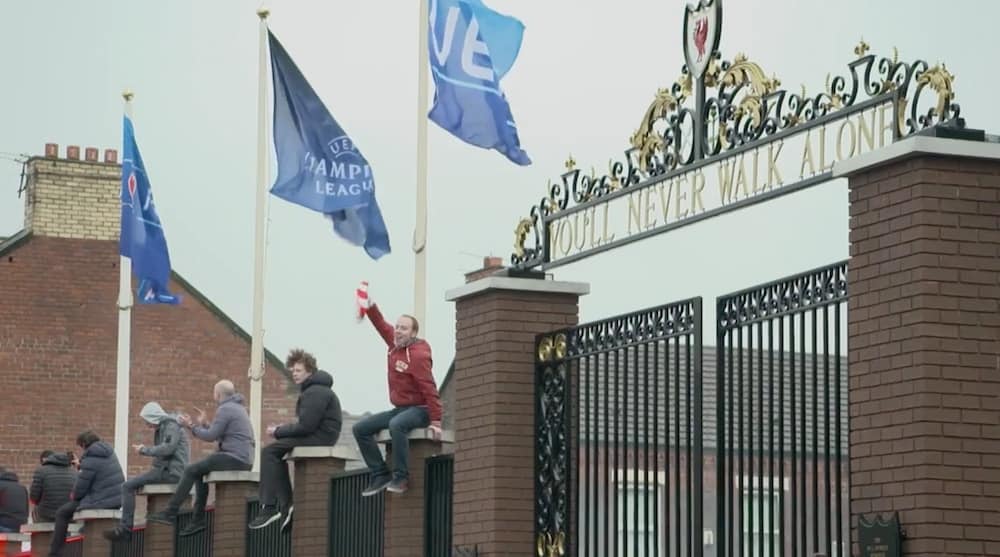 After a famous European night at Anfield, BT Sport gave viewers an all-access look behind the scenes during Liverpool's first leg 3-0 win over Manchester City in the Champions League quarter-finals.

The all-access compilation features scenes from Liverpool's pre-match support, the buzz around Anfield, Steven Gerrard's reaction to Alex Oxlade-Chamberlain's goal, and much more.

Pep Guardiola’s side were unable to cope with the Anfield atmosphere in an electric first half that saw Liverpool scored three times in the space of 19 minutes to set the tone for the night.

Mohamed Salah opened the scoring after Roberto Firmino shot straight at Ederson but regained possession poked the ball to the Egyptian winger to fire home his record 38th goal of the season.

Oxlade-Chamberlain doubled Jurgen Klopp and his side’s lead nine minutes later with a sensational drive from 25 yards which left Ederson no chance. Sadio Mane headed in a third just after the half-hour mark, following an excellent cross from Salah.

Watch the video in full below.