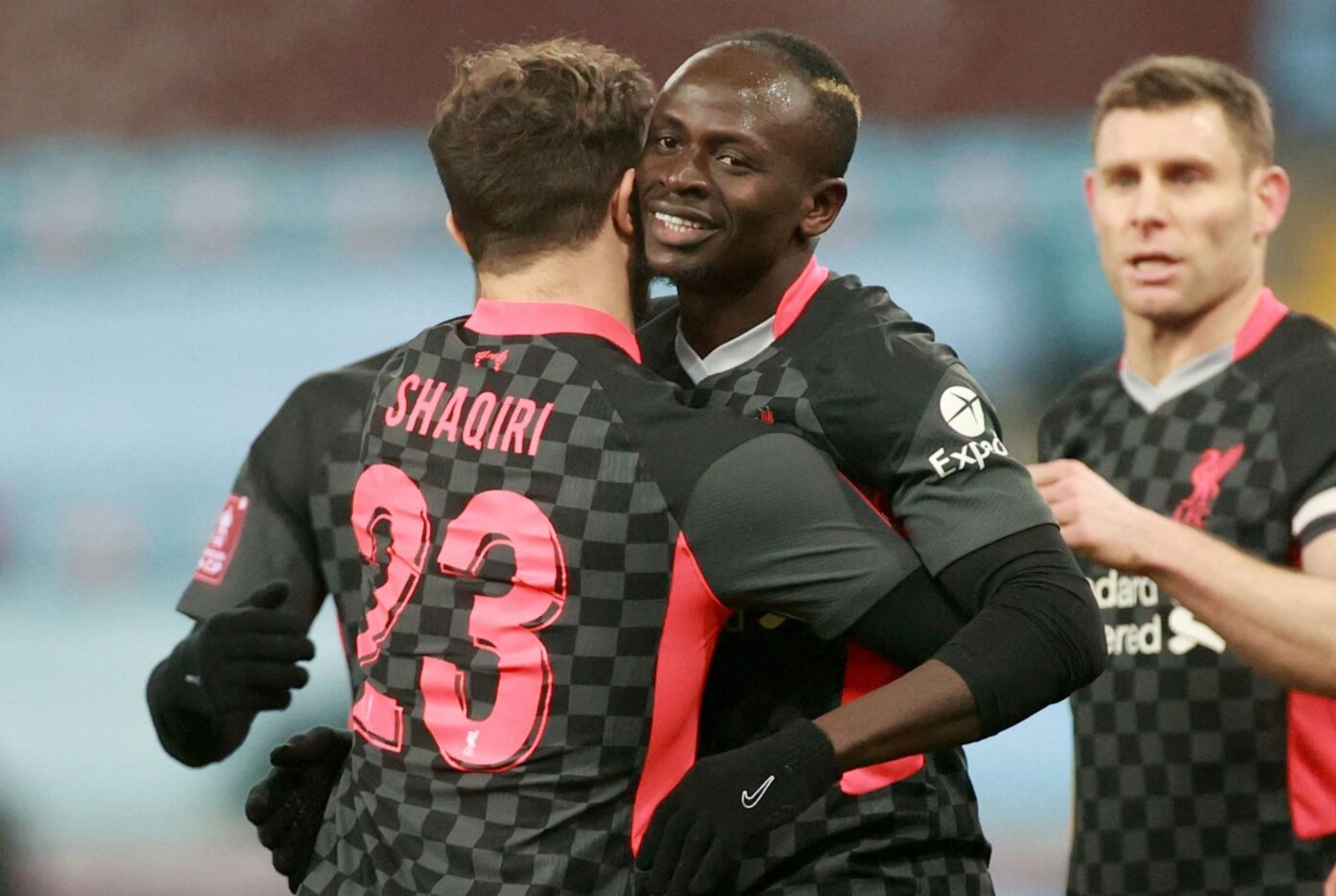 Liverpool took the lead inside the opening four minutes as Curtis Jones found space on the right and whipped in a ball for Sadio Mane.

The Reds forward pulled away from his marker and made the header look easy as he nodded the ball past Aston Villa goalkeeper Akos Onodi to make it 1-0 - remarkably scoring his first-ever Liverpool goal in a domestic cup competition.

Despite Liverpool's early dominance, Villa's youngsters began grew in confidence as the half wore on, with the hosts doing well to keep their shape and threaten on the counter.

Villa forced themselves back level to make it 1-1 at the break as 17-year-old Louie Barry got past Rhys Williams and coolly slotted the ball past Caoimhin Kelleher in goal.

The Reds brought on Thiago at the break and the midfielder's influence was evident from the off as Liverpool put together a flurry to score three goals in less than five minutes.

Gini Wijnaldum put the Reds ahead with a side-footed finish from the outside of the box before Sadio Mane and Mohamed Salah both bagged to put the game beyond Villa's kids.