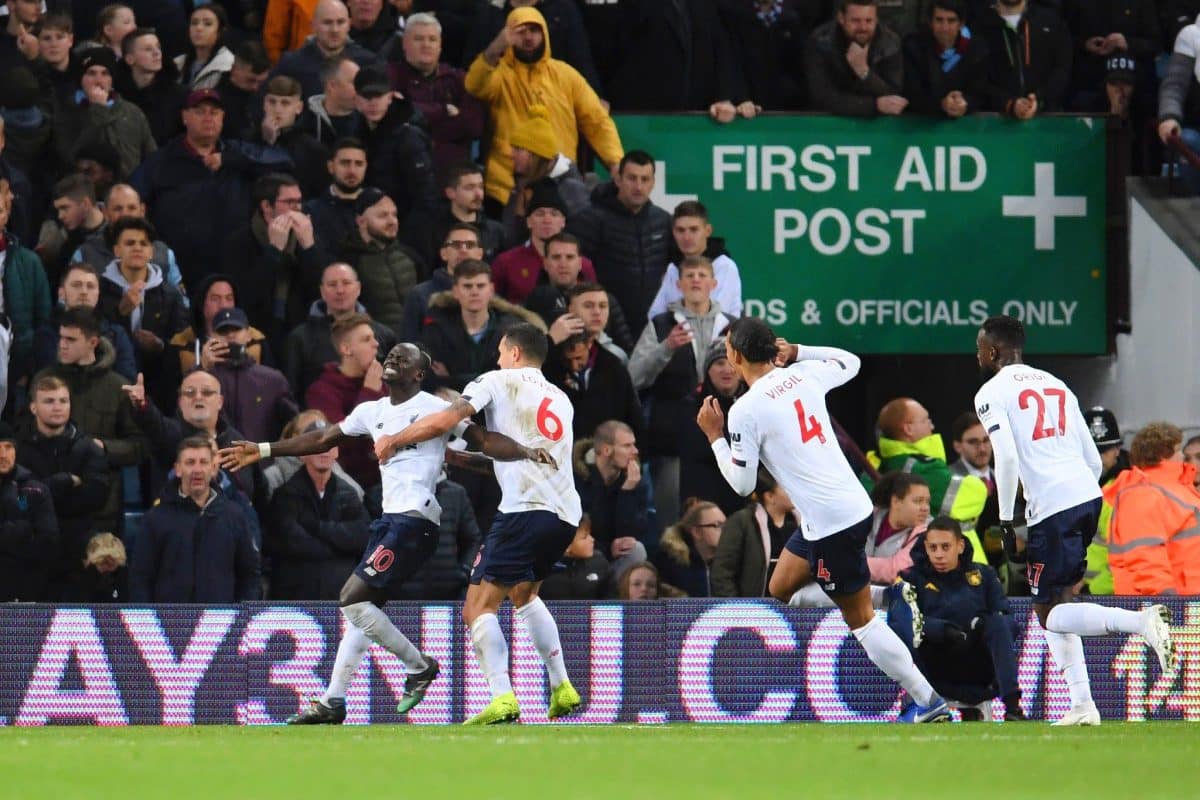 Aston Villa vs Liverpool highlights - Liverpool came from behind in dramatic fashion to beat Aston Villa 2-1 on Saturday afternoon.

The likes of Mohamed Salah, Roberto Firmino and Sadio Mane returned to the starting eleven from midweek's League Cup win against Arsenal.

Adam Lallana continued in midfield, with manager Jurgen Klopp choosing to bench Fabinho, with the Brazilian on the verge of suspension with four yellow cards so far this term.

Aston Villa started the game strongly and looked to get at Liverpool's defence as Anwar El Ghazi had an early shot saved by Alisson in the first minute. 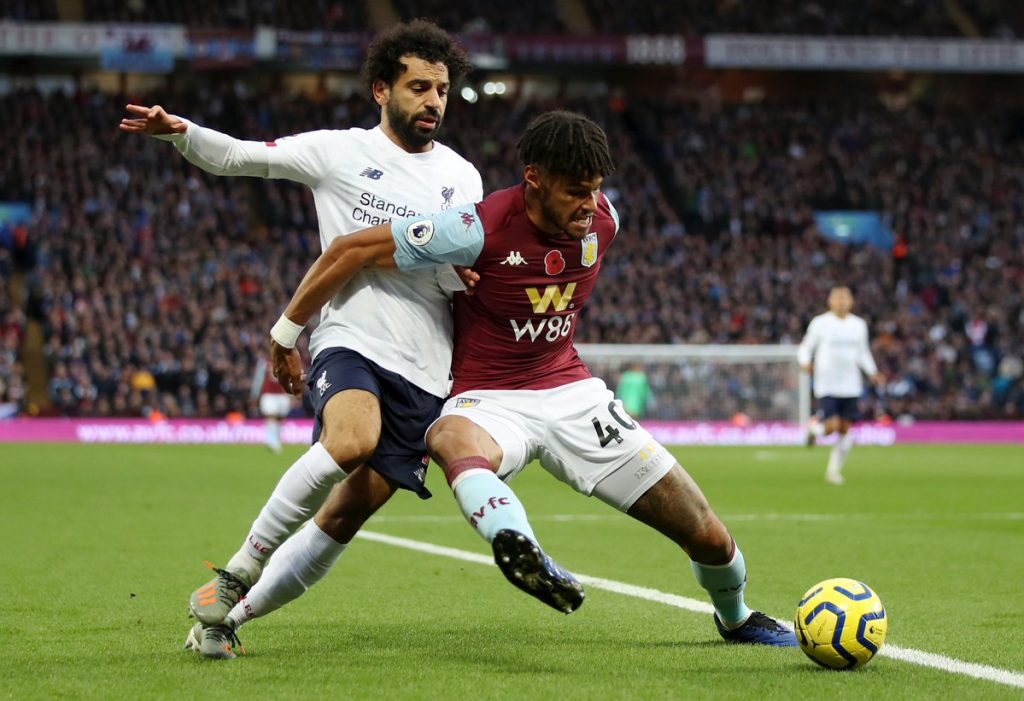 The hosts had another great chance from their first corner of the game as Matt Targett found striker Wesley unmarked inside the box. However, he failed to divert the ball goalwards and should have done better with the opportunity.

Liverpool had the majority of the ball in the early stages, despite Villa probing themselves, and the Reds soon started to create chances of their own.

With a little under 20 minutes played, Mane tripped John McGinn in a dangerous area, having made a similar foul just seconds earlier.

McGinn took the set-piece and sent it towards the Reds' far post, with the defence sleeping and allowing an unmarked Trezeguet to slot the ball through Alisson's legs. Replays showed the Egyptian may have been offside, but VAR allowed the goal to stand nonetheless. 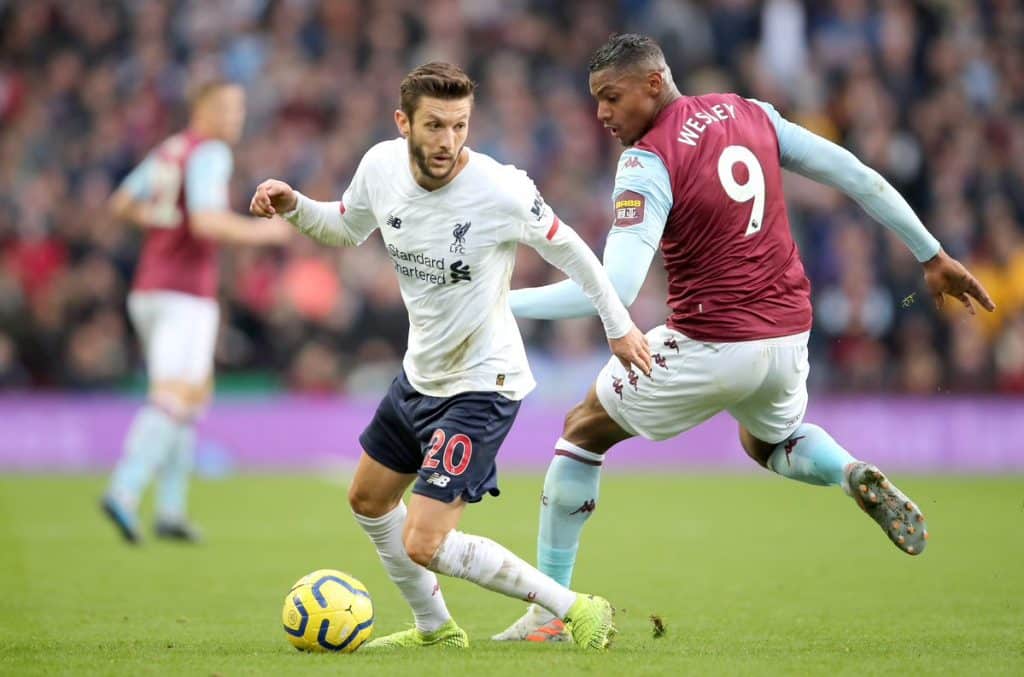 The Reds didn't take long to respond as Mane did brilliantly to find Firmino in the penalty area, with the Brazilian tucking home from close-range, only for the linesman to raise his flag.

Once again, VAR stuck with the original decision, despite replays showing Firmino was in line with the defender when Mane struck his cross.

Liverpool finished the first half strongly as they looked to get an equaliser, but they went into the break 1-0 down, with a lot of work to do in the second half.

Villa made a bright start to the second half, but Liverpool started to pile the pressure on as the half wore on. They were uncharacteristically sloppy in their final ball, however, wasting opportunities from good areas. 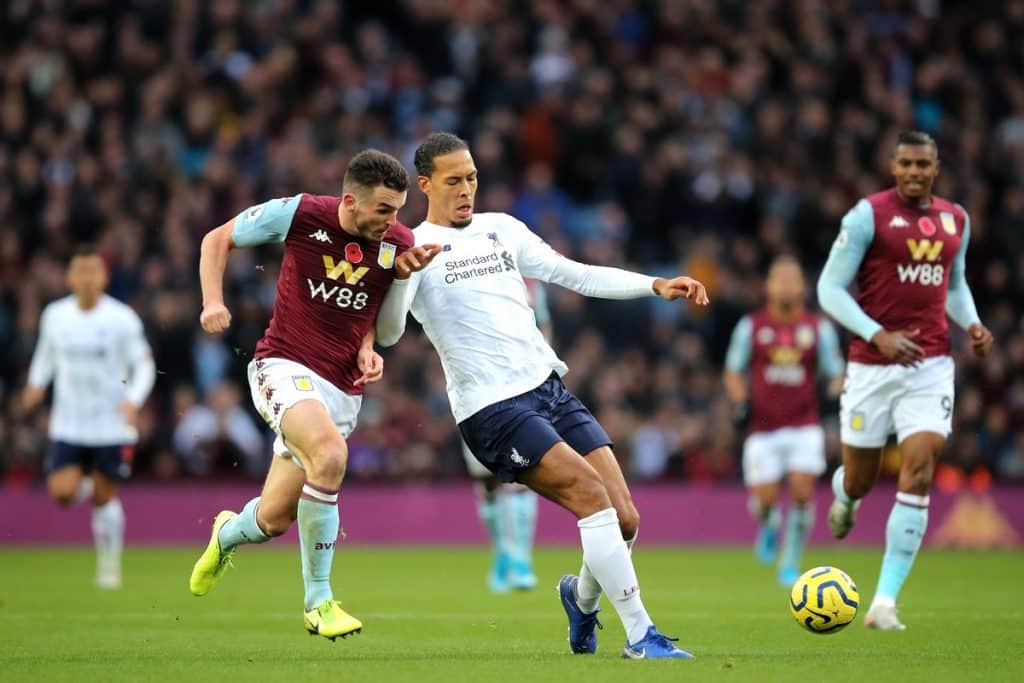 A good move from Liverpool saw Trent Alexander-Arnold play a fantastic floating ball towards Mane, whose header from a tight angle was straight at Tom Heaton.

Gini Wijnaldum and Salah made way for Alex Oxlade-Chamberlain and Divock Origi with a little over 25 minutes to go, with Klopp clearly unhappy with the way his side were attacking.

Liverpool then squandered a huge opportunity as Firmino reversed the ball for Lallana, who made an excellent run into the box but missed horribly with his first-time finish.

The Reds got the crucial leveller with a little over four minutes to go as Mane clipped in an excellent ball from the right towards Andy Robertson, who buried the ball home with a pinpoint header after a great run towards the back post. 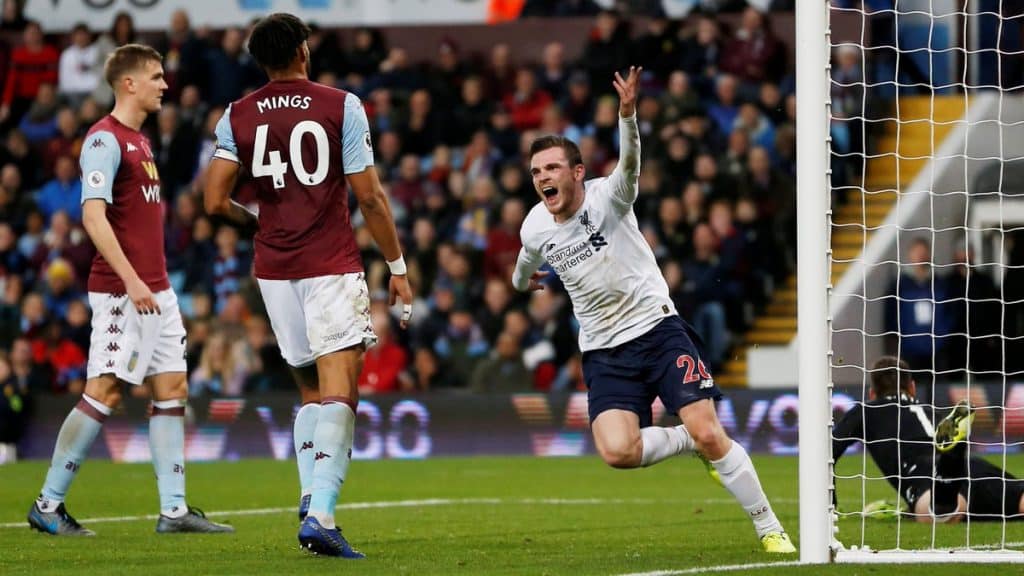 The Reds upped their intensity in the closing stages as they looked for a winner and they got just that as Alexander-Arnold's corner was met by Mane, who diverted the ball into the back of the net with a fantastic header to hand the Reds a dramatic 2-1 win.

Liverpool left it late once again, but they keep their six-point lead at the top of the Premier League table, with Manchester City to come at Anfield next weekend.

Disclaimer: Aston Villa vs Liverpool highlights are provided and hosted by external sources, notably DailyMotion, YouTube and forstreams.com. We help you discover publicly available material and act as a search engine. We do not host or upload this material and are not responsible for the content. More →