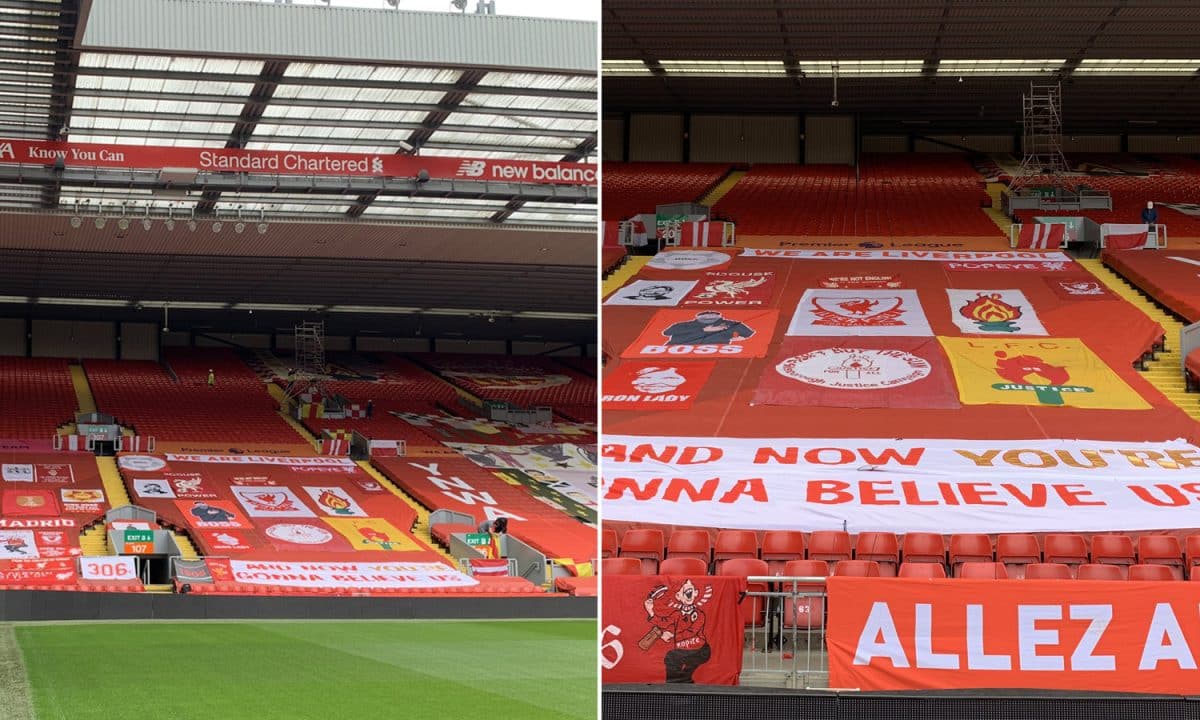 Anfield won’t feel the same without supporters in its stands, but the ground has been given a makeover ahead of Liverpool’s first home game in over three months.

Liverpool are back at Anfield for their first home game without supporters since football’s restart. The Reds host Crystal Palace as they look to edge closer to clinching the Premier League title.

It would have been a party atmosphere at Anfield under the floodlights, with the Reds on the brink of their first league title in 30 years.

But, with coronavirus restrictions in place for the foreseeable future, Anfield has instead been decorated with flags and banners to recreate a part of the usual match-day experience. 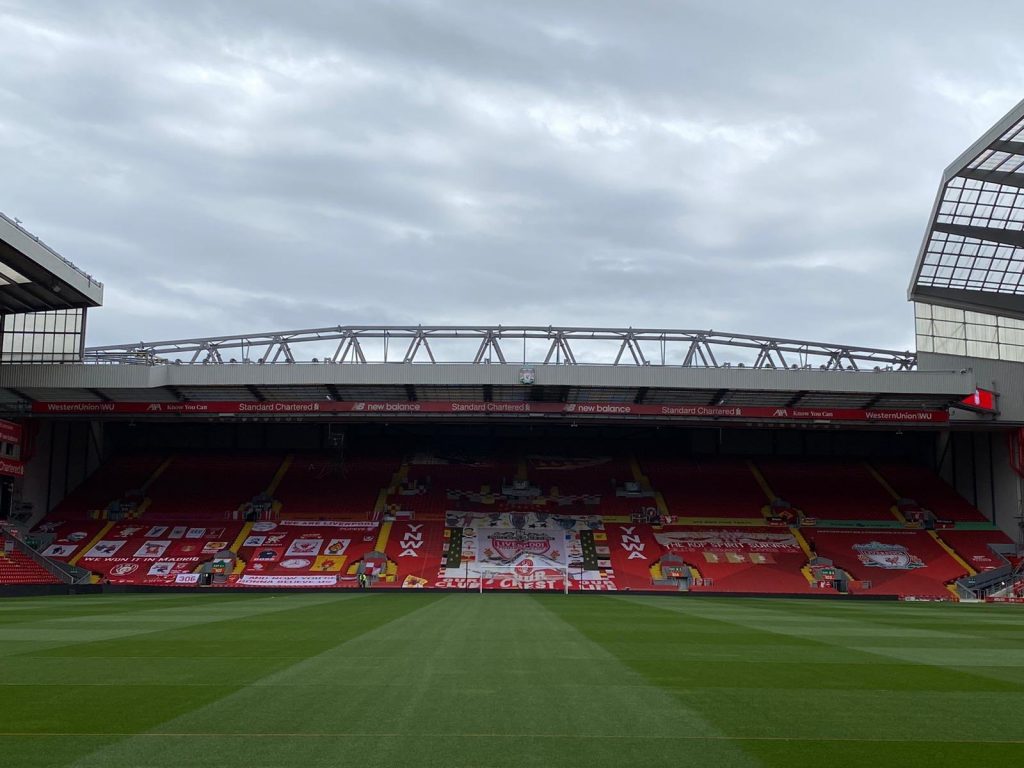 Alongside supporters’ group Spion Kop 1906 and Spirit of Shankly, the club organised the decoration of the Kop on Monday. 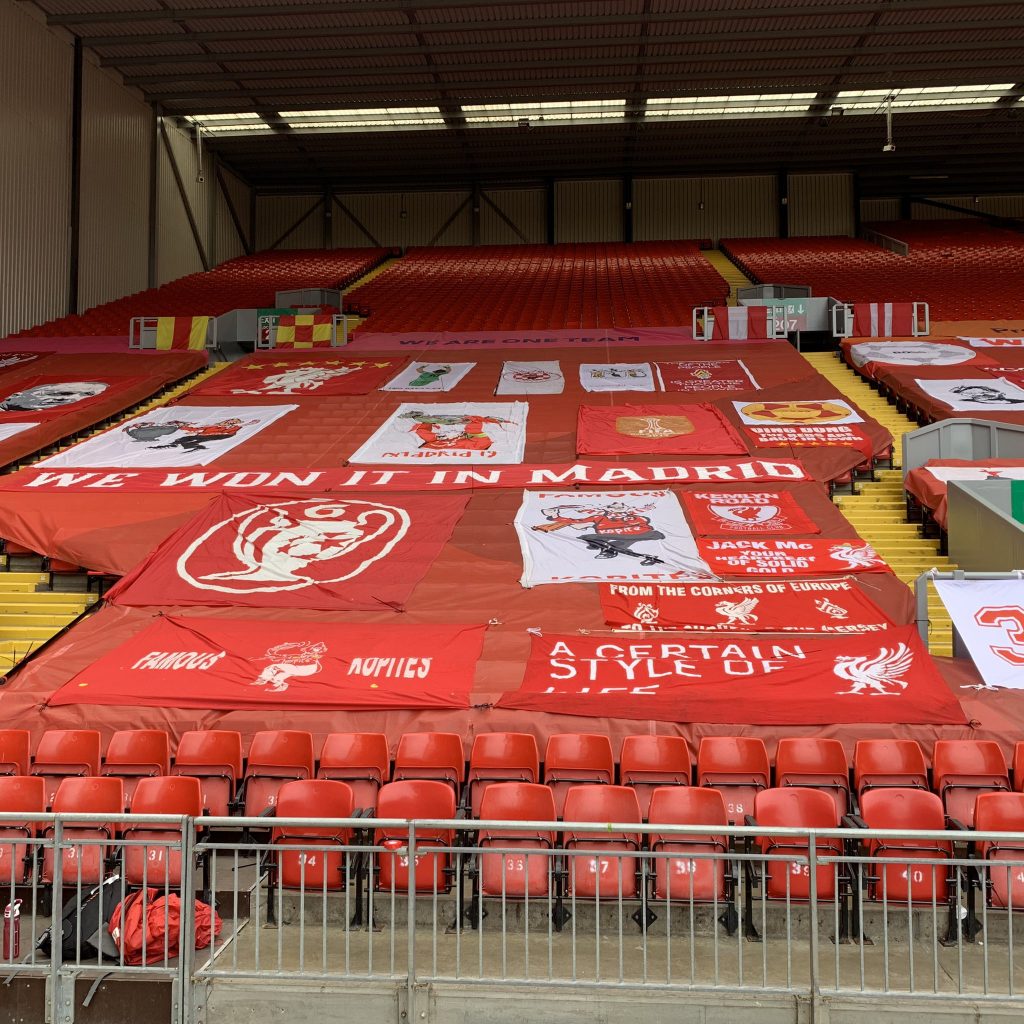 It’s the first glimpse into what we should expect to see when we tune in to our television screens for the remainder of the Reds’ home games this season, as well as the backdrop to the Reds lifting the title. 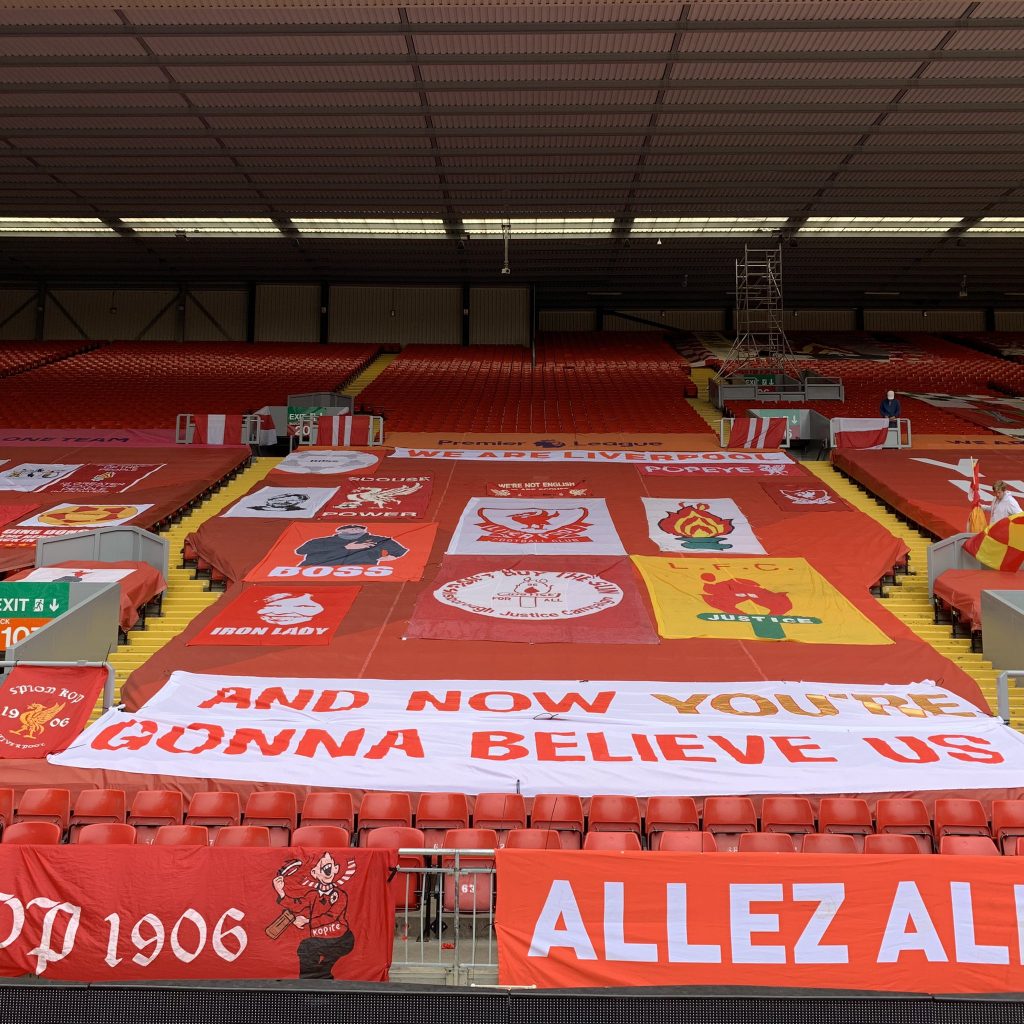 Liverpool could have won the title against Roy Hodgson’s side, had they beaten Everton on their return on Sunday.

But should they get the job done against Roy Hodgson’s side, they would have the chance to become champions against Manchester City at the Etihad in a little over a week.