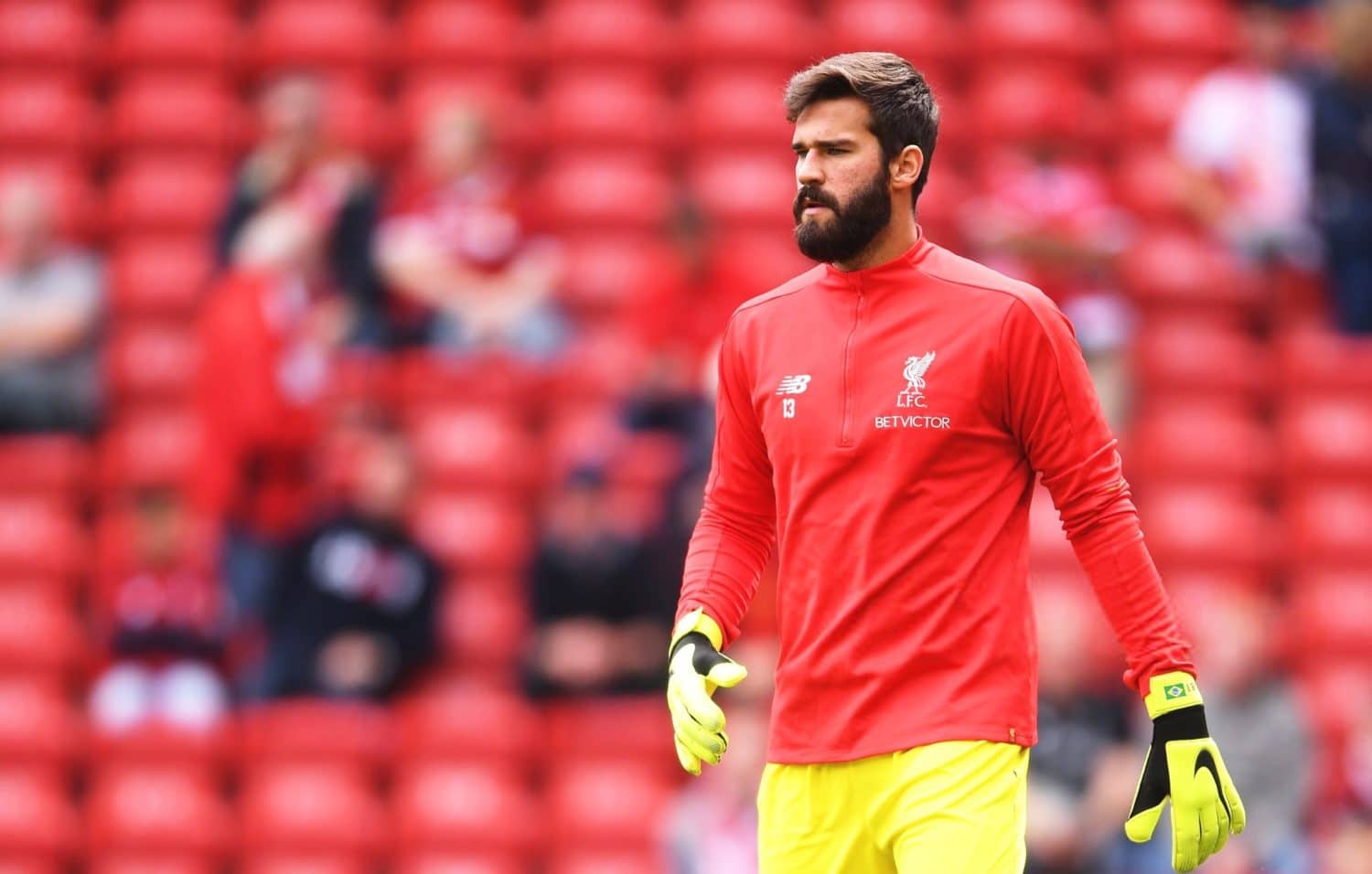 Liverpool goalkeeper Alisson Becker says the Reds will play with no fear as they look to end Arsenal's 13-game unbeaten run on Saturday.

Jurgen Klopp's side travel to the Emirates this weekend to face Arsenal in the Premier League, where they are four points ahead of Unai Emery's side.

Arsenal had a slow start to the season but have since gone on to win 12 games on the bounce and earned a 2-2 draw at Crystal Palace on Sunday.

The north London side are in good form, however Alisson insists the Reds are sure of their own quality and will "give sweat blood and tears" to claim victory this weekend.

"It's definitely going to be a great game and we shouldn't fear anybody. We're confident in our quality," Alisson said.

"We appreciate the quality of the opposition but we can't show any fear on the pitch, we need to be brave, we need to do our best to play our best football and play the way Klopp wants us to on the pitch. It'll definitely be a great contest.

"A team with intentions of winning the Premier League needs to be winning this type of game so we're going there with victory in mind, while keeping our feet on the ground and knowing we'll need to give blood, sweat and tears to win this game.

"I think the difference in this type of game is the individual quality of each player on the pitch.

"Generally, the Premier League is a very intense league; we play against smaller clubs who play with huge intensity.

"There are teams that sometimes run more than we do given the amount of defending they have to do. 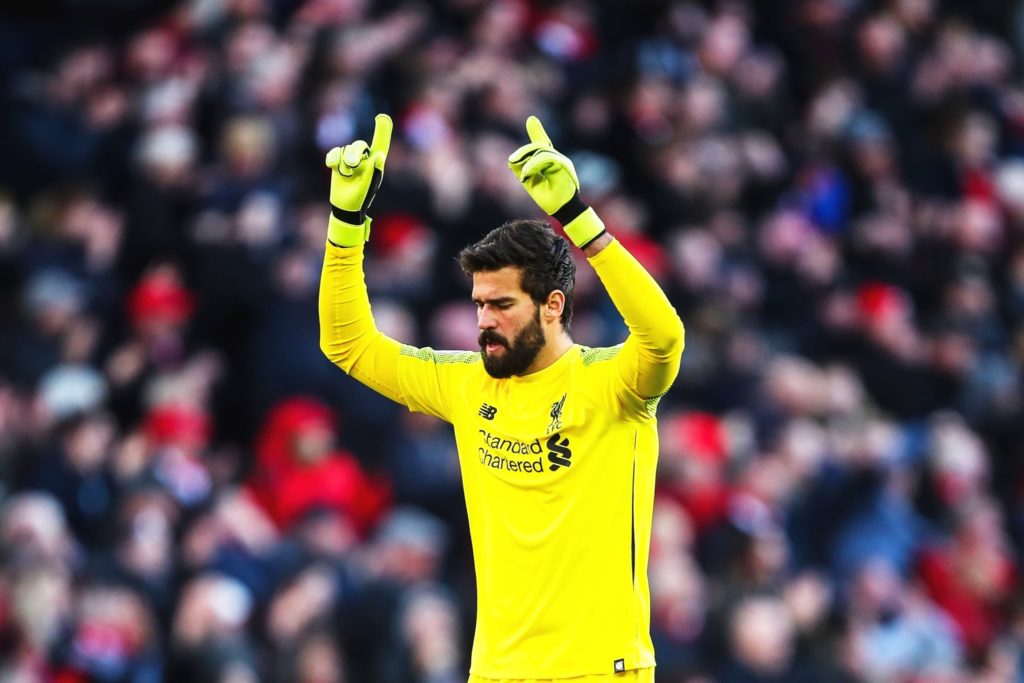 "Arsenal didn't start well but they have really found themselves now and we can only get better in this competition.

"We need to aim to get better with every game. We know we can achieve great things this season."

Unai Emery took over from Arsene Wenger in the summer, having made the switch from La Liga side Sevilla.

When questioned on his impressive start, Alisson spoke fondly of the Spaniard but said his side will have their work cut out against the Reds.

"He's a big name in football - he achieved great things at Sevilla. He is a great manager in world football and he took charge of a great club with a lot of quality," Alisson said of the former Sevilla and PSG boss.

"I don't think it comes as a surprise but I believe they'll find our team very hard work on Saturday. Likewise, we'll have our work cut out on Saturday as well.

"There'll be a lot of work for both defences in this match." 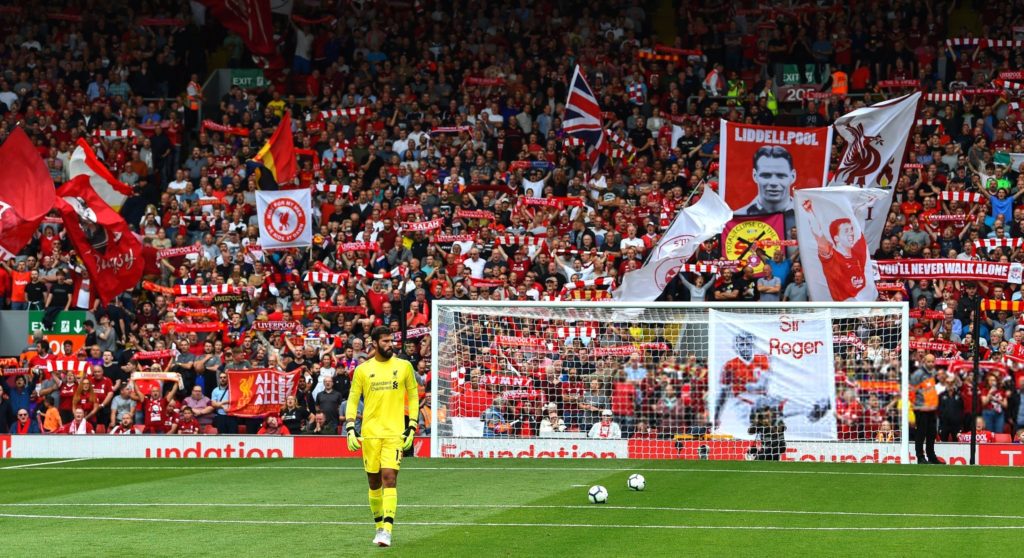 When asked if he will do anything in particular to prepare for Saturday's opponents, Alisson joked: "I'm not going to tell you my secrets!

"I watch certain things and I'm very focused on what I can do on the pitch rather than what the opposition can do.

"There are certain things that don't change regarding the role of the goalkeeper but of course we do study certain things about the opposition to be aware of during the match."

The Reds take on Arsenal at 5.30pm (GMT) on Saturday and you can keep up with all the match-day coverage on LFC Globe.