Alexander-Arnold and Robertson insist Liverpool are not getting carried away 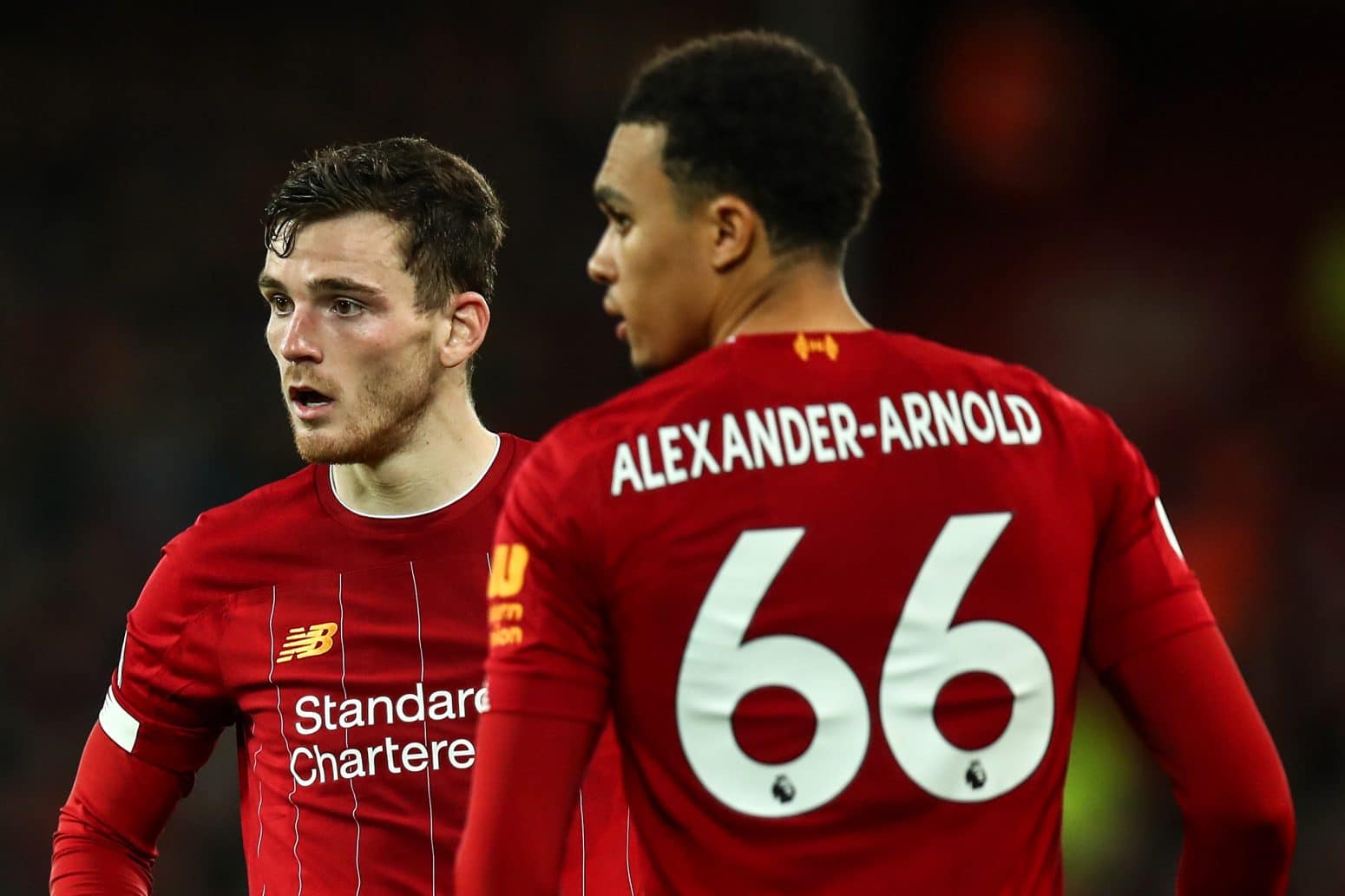 Liverpool full-backs Andy Robertson and Trent Alexander-Arnold insist the Reds are not looking too far ahead despite taking another step towards the Premier League title.

Liverpool beat Manchester United 2-0 on Sunday following a 14th-minute header from Virgil van Dijk and an added-time second from Mohamed Salah at the Kop end.

The Reds were dominant for large periods of the game and had goals by Roberto Firmino and Georginio Wijnaldum disallowed during the first-half.

The result saw Jurgen Klopp's side go 16 points clear at the top of the Premier League table following Manchester City's 2-2 draw against Crystal Palace on Saturday.

Liverpool need just 30 more points to be guaranteed the league title, however, Alexander-Arnold insists the squad are remaining focus at the next task at hand: Wolves at Molineux on Thursday night. 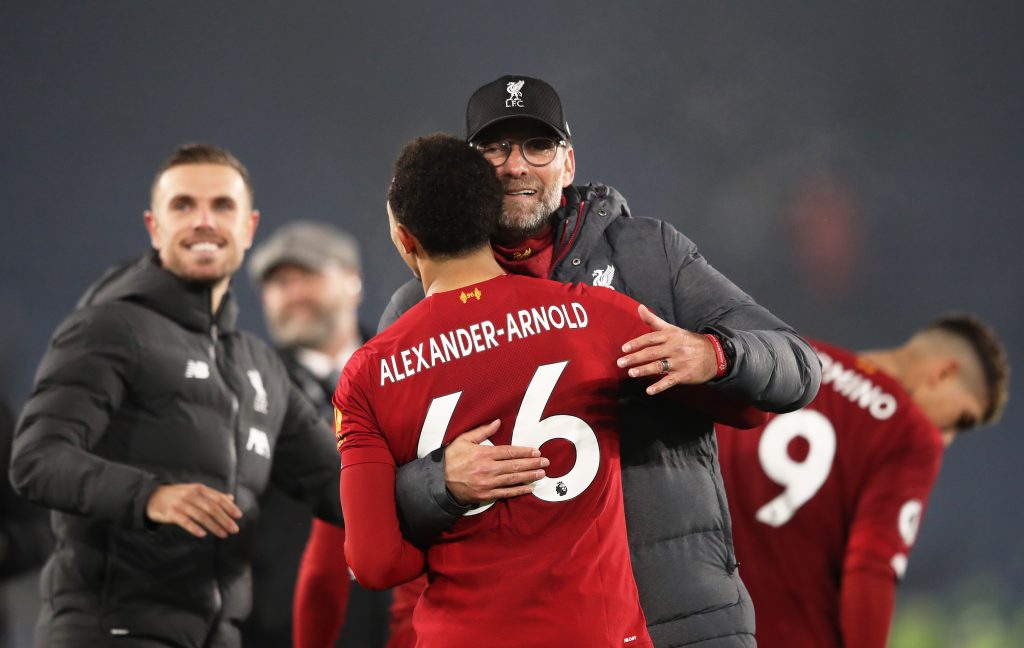 "In the changing rooms we’re not talking about it like that. We’ve still got 16 games left so it’s not a matter of crossing the line, if and when that happens," Alexander-Arnold said.

"Obviously we’re in a really solid position with the teams around us dropping a few points over the course of the weekend but we know there is still a long way to go.

"'Anything can happen’ as the old cliche goes, but in the dressing room we’re all focused on the next game and we know that we’ve got a difficult midweek game coming up against Wolves."

The sentiment was echoed by fellow full-back Robertson, who insists the Reds are fully focused on the next game, rather than getting carried away with talk of winning the title.

"We would obviously love to say yes – but no,” Robertson replied when asked if Liverpool have the league title wrapped up.

"You are playing against your rivals who you've had great battles with over the years and the fans probably want to rub it in a bit. But we're not getting carried away.

"Until the champions sign is above our heads we don't believe anything. Yes, the lead is 16 points but we know how tough it gets. We've beaten United and in three days' time we go away to Wolves, who are flying, and it's an incredibly tough game.

"We know how hard this league is and how the table can change in a couple of weeks so it's up to us to stay 100 per cent focused and not allow that to happen.

"If we do then we keep ticking off the games and we hopefully get closer and closer. We can believe once the final whistle of that game goes." 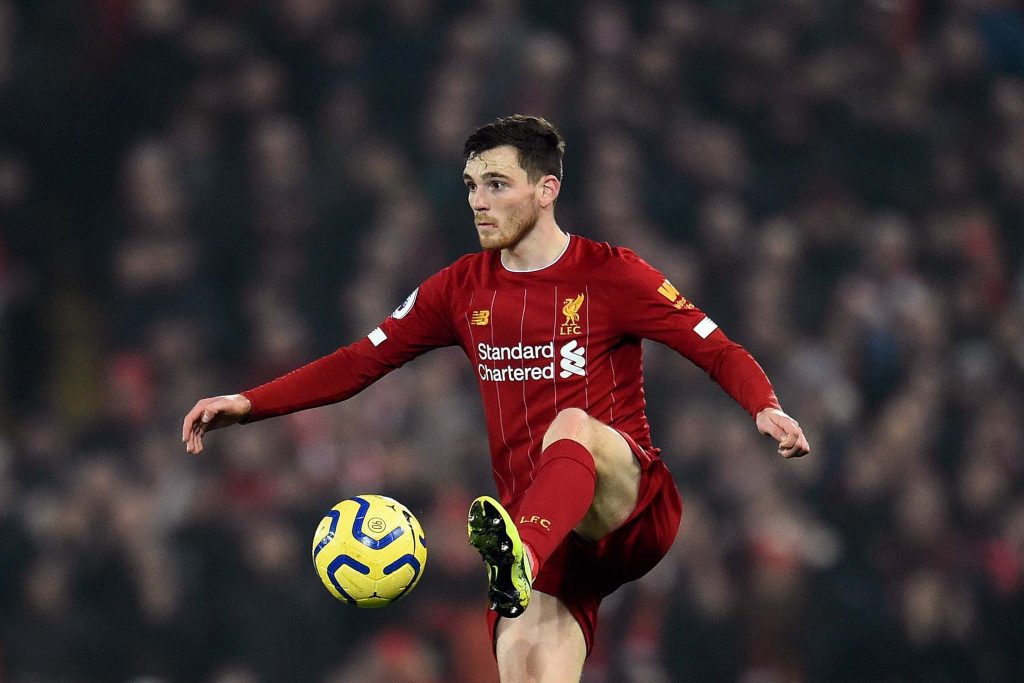 Liverpool are unbeaten in the Premier League for a remarkable 39 matches - 22 this season - with growing suggestions that they could go the entirety of this term without a loss.

However, the possibility of being named the new 'invincibles' is, again, something Robertson is not willing to entertain just yet.

"We don't think about that," Robertson said. "We go into every game to win. For us that is the aim, because we don't want to get beat and drop points, but we've said it many a time we work game-to-game and it's worked well for us so why would we change that now?

"Looking too far and thinking can we go unbeaten is pointless. We'll just focus on Wolves and we go into a tough game trying to get the legs fresh, try and put in a similar performance and try to be more clinical.

"Fingers-crossed we can do that and then the games start getting less and less and then hopefully we can be champions, but we're not thinking about that.

“The last 39 games have been incredible but for us, it is unfortunate it has not been in one season, it has been across two. We keep going, we are on a good run just now, we are confident, seven clean sheets on the bounce is massive and long may that continue.

"We will let other people say that [Liverpool will win the league] but I don't think anyone in that dressing room is believing that just yet and I think we can see that with every performance we are putting in."