Liverpool made history as they lifted the Premier League trophy on Wednesday night, but it was a bitter-sweet moment for midfielder Adam Lallana.

It was an emotional night for all those connected with the football club as they put an end to an agonising 30-year wait to clinch the league title.

But while there were tears of joy for many, it wasn't the case for all those involved.

Lallana, who will make a move away from Liverpool at the end of the season, was filmed throughout the latter stages of the ninety minutes as he was left an unused substitute in the Champions' 5-3 win over Chelsea at Anfield.


It was the 32-year-old's final matchday squad appearance at Anfield and it wouldn't have been unusual for manager Jurgen Klopp to give him a final few minutes on the pitch.

But the call never came, with Klopp previously saying the Reds won't utilise Lallana again this season ahead of a proposed move to Leicester this summer.

Lallana was visibly emotional after the final whistle as he was pictured in tears during the players' rendition of You'll Never Walk Alone and during the celebrations in the dressing room.

Speaking to Sky Sports after the game, Lallana said: “It was as perfect as could be.

“Obviously, it's a sad day; it's the last time I'll be at Anfield. But what a way to go out [in front of the players'] families who've managed to come in.

“It's a great day and one I'll look back on with great pleasure.”

The former Southampton captain has been at Liverpool longer than any current player barring captain Jordan Henderson, having made the move to Anfield in 2014.

Lallana was a crucial player for the Reds during Klopp's early years in charge, with the midfielder a catalyst in implementing the German's vision.

Klopp has spoken of his admiration for Lallana on several occasions - most recently ahead of the game on Wednesday night.

"If I start talking about Adam, then I'll need a little bit longer. Let's make it very short: he deserves it [to be a part of Liverpool's squad]. 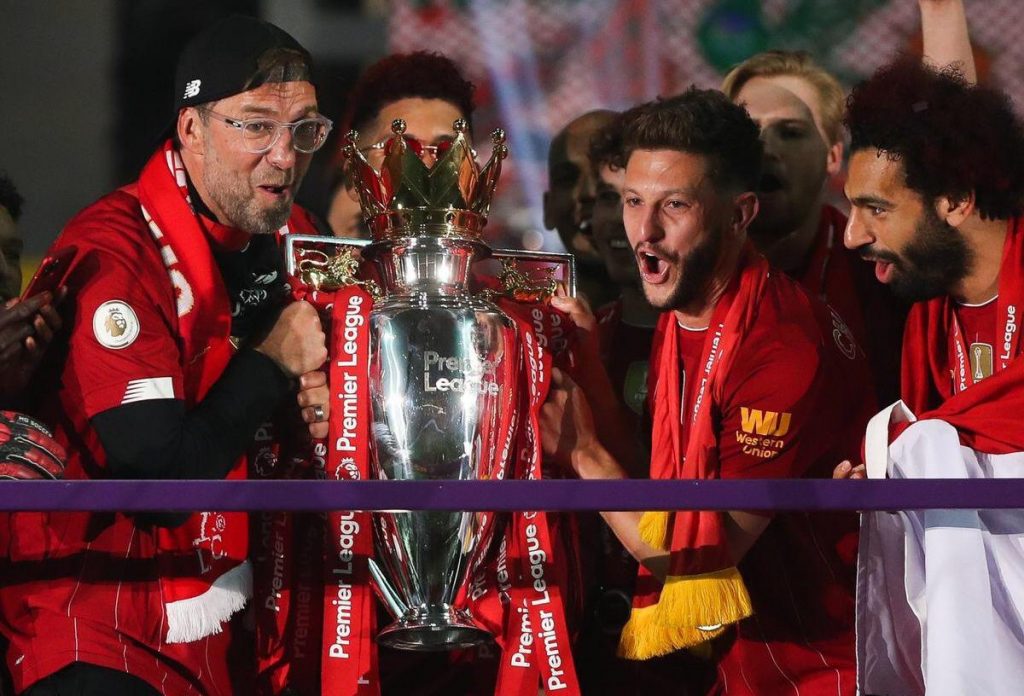 "It's exactly the way it should be today that he's involved in the squad and that's why we did it."

While injuries and age have reduced his influence on the side over the years, Lallana has notched 178 appearances for the Reds over his six-year spell, scoring 22 goals and assisting a further 21.

Skipper Henderson also paid tribute to him ahead of the match, saying: "My mate. One of my best mates – in life not just in football. Adam is one of the best players I have ever shared a pitch with.

"His contribution to where we are now cannot be understated. League titles aren’t won in just one season – they are a journey.

"Adam Lallana set standards that the rest of us worked to reach and as a result this team and club drove forward. No-one will miss him more than me.

"But I know he still has many years left at the highest level, so we will get to see him again, albeit ‘ratting’ against us and causing us all sorts of problems with his ability and energy."