Zeljko Buvac to miss remainder of season for “personal reasons” 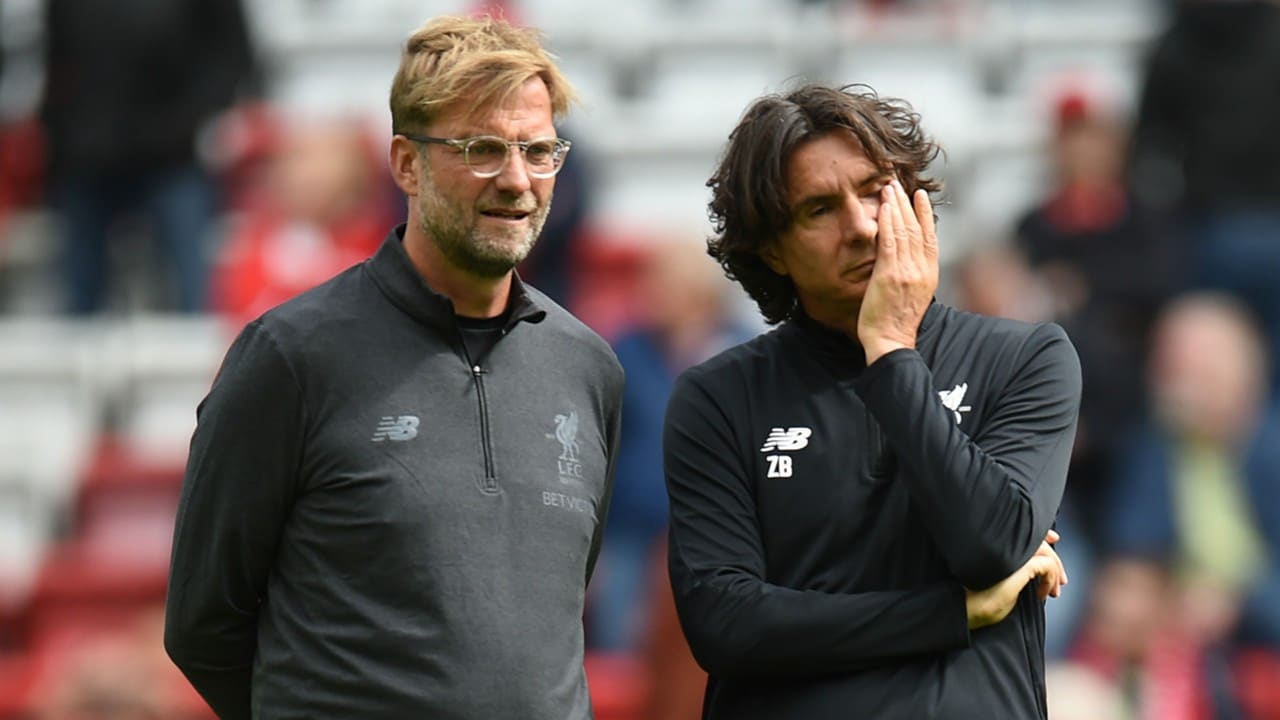 Jurgen Klopp's assistant Zeljko Buvac has left his role for the remainder of the season due to 'personal reasons'.

The Liverpool hierarchy maintain that Buvac is still a club employee - leaving temporarily for 'personal reasons'. However, with the timing of this move - ahead of a huge week for the club - questions are being asked about Buvac’s long-term future.

Klopp's side play Roma in the second-leg of their Champions League semi-final tie on Wednesday, before turning their attention to Chelsea - an away trip trip to Stamford Bridge that could shape the final race for the top-four.

Buvac has reliably been Klopp‘s assistant for 17 years, first partnering at Mainz in 2001. The Bosnian has been referred to as the “brain” of the backroom staff by the Reds’ manager in the past.

Pravda BL, a Bosnian publication who are thought to have close ties with the 56-year-old, have reported that he is due to be a shock successor to Arsene Wenger at Arsenal.

The rumoured move would reunite Buvac with former Borussia Dortmund chief scout Sven Mislintat, who was appointed as the Gunners’ head scout in November.

Buvac is reportedly back in Bosnia to “recharge his batteries” before taking up his new role as Arsenal boss this summer.

The club maintain Buvac remains an employee and has not quit his post - despite reports saying he tendered his resignation.

Rumours of a bust-up between Klopp and Buvac are rife and there’s every possibility that the club are downplaying the incident publicly ahead of a crucial juncture in the season.

Journalist Raphael Honigstein, who has published books on Klopp and his managerial career, has offered some insight into the relationship of the two men, saying the two enjoy a fiery relationship.

Couple of thoughts on Buvac. Him and Klopp have had huge rows before but always made up. This might not be the end of the story. Short term effect is negligible but Klopp will want somebody else to bounce ideas off next season if he doesn’t come back.

I don’t know why he’s left his position for the moment. Just wanted to make the point that their relationship has been volatile at times. They’re both impulsive characters but always came back together eventually. Let’s see what happens.

The Times's Paul Joyce - a reliable source within the Liverpool community - reports that Klopp hopes Buvac will return, but that it appears unlikely, writing:

“The Liverpool manager Klopp will hope his right hand man can return, but if Buvac feels he does not want to be around the club at present when European ambitions are on the line it is difficult to envisage that changing.”

Buvac is one of several Liverpool managers in the recent-past to leave their post. Brendan Rodgers' assistant Colin Pascoe was let go ahead of his final season in charge, whilst Rafa Benitez and Gerard Houllier both ended their relationships with their long-term assistants.

Peter Krawietz will continue working with Klopp as part of his backroom staff as the Reds prepare for a crucial week, starting against Roma on Wednesday evening.