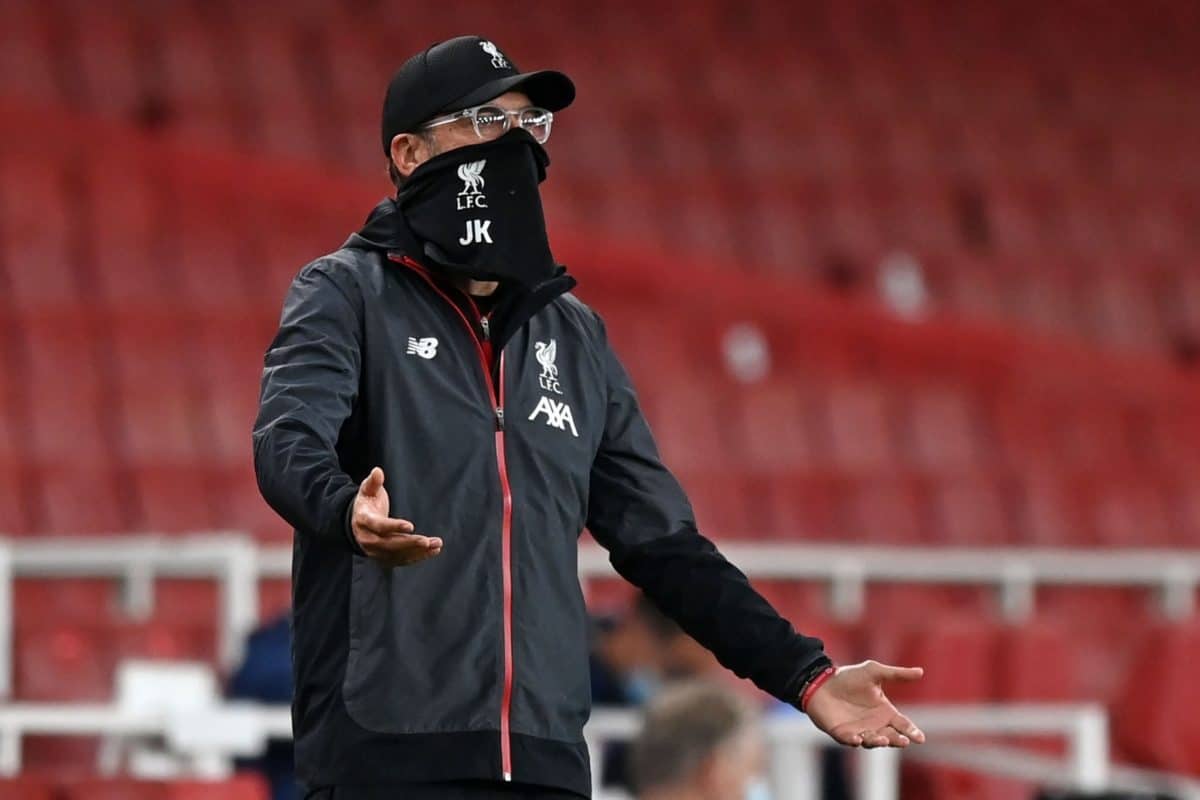 Liverpool manager Jurgen Klopp was unhappy with his side's "lack of concentration" after they fell to a 2-1 defeat against Arsenal.

The champions tasted defeat in the Premier League for just the third time this season as they gifted two goals to the Gunners after taking the lead through Sadio Mane.

Liverpool dominated from the off and appeared in charge after grabbing the opener, but Virgil van Dijk's back-pass was intercepted by Alexandre Lacazette to give Arsenal an undeserved leveller.

A mistake by Alisson just before the break gifted the ball to Lacazette, who found Reiss Nelson, with the youngster making it 2-1 against the run of play.

Liverpool continued to dominate possession in the second half but it wasn't to be as they suffered their first defeat against the Gunners in five years.

As Liverpool's hopes of setting the record for most Premier League points and wins in a season came to an end, Klopp rued the uncharacteristic errors from his side.

"Twice, [we had a] massive lack of concentration. We took a break after scoring," Klopp said.

"Before the goal, we were brilliant. It was really good. We had 24 to three shots, but these moments killed the game.

"Credit to Arsenal, they were there in these 2 situations." 🤷♂

Jurgen Klopp says Liverpool will learn from their mistakes at the Emirates tonight and was frustrated that his side 'took a break' after taking the lead.

"Arsenal had not many chances, so we did a lot well. But you cannot win football games when you concede goals as we did."

Asked why he thought his side weren't their usual best, Klopp insisted they have had similar moments this season but "hadn't been punished so far."

"I'm not entirely sure why, I'll have to watch it again. It was clear we took a break after we scored and we lost concentration.

"But it's the Premier League - you cannot do that and we haven't done that this season but we did today.

"I didn't see a lot of offers around, I didn't see many players asking for the ball. We have to learn from it and we will.

"We've had sloppy moments once or twice this year, but we hadn't been punished so far. Tonight we were punished and, in a way, it's good because now we can learn from it.

"I know how it sounds but it was a good game. Like I said, we had 24 to three shots. What more can you do? Of course, you have to score as well but it was all there.

"Credit to Arsenal, they were there in these 2 situations."