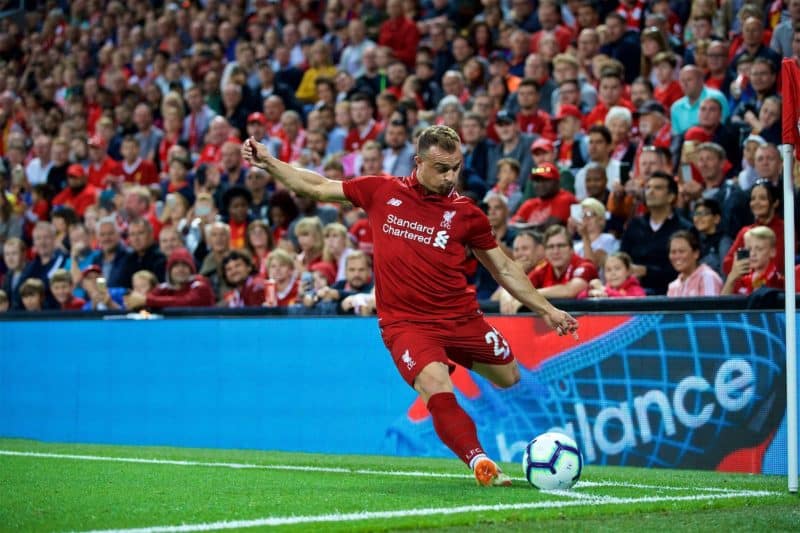 Jurgen Klopp has made three changes to his Liverpool line-up from the midweek game against Paris Saint-Germain, including bringing in this man...

Xherdan Shaqiri starts his first Liverpool game, having made just three substitute appearances since his arrival in the summer.

Klopp has made three changes to his winning lineup against PSG.

Alisson retains his place in between the sticks, whilst Joel Matip replaces Joe Gomez in the side to join Trent Alexander-Arnold, Virgil van Dijk and Andy Robertson in defence.

And despite rumours of Mohamed Salah not featuring, he starts in his usual position whilst Sadio Mane and re-called Roberto Firmino join him up top.

James Milner, Naby Keita and Daniel Sturridge are all on the substitutes’ bench.