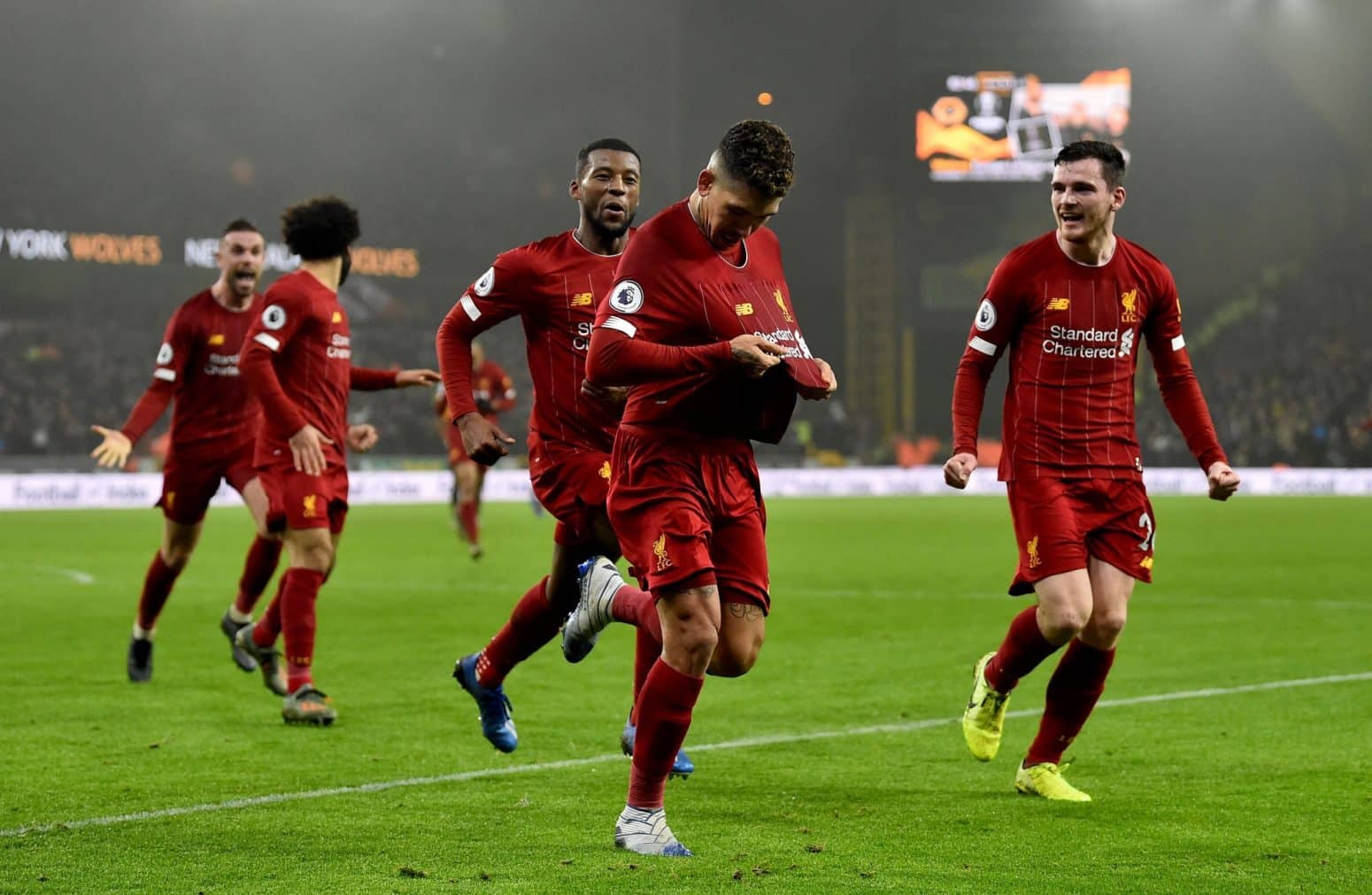 Wolves vs Liverpool highlights: Roberto Firmino scored a late winner for Liverpool as they beat Wolverhampton Wanderers 2-1 on Thursday night.

Jurgen Klopp made no alterations to the side that beat Manchester United 2-0 at the weekend as he named an unchanged starting eleven against Wolves.

Liverpool opened the scoring inside the opening ten minutes as Jordan Henderson ran through unmarked and powerfully headed home from Trent Alexander-Arnold's corner.

Matt Doherty nearly levelled the scores just four minutes later as he got on the end of Ruben Neves' ball into the box. However, the right-back failed to divert the ball inside the far post despite Alisson scrambling in goal. 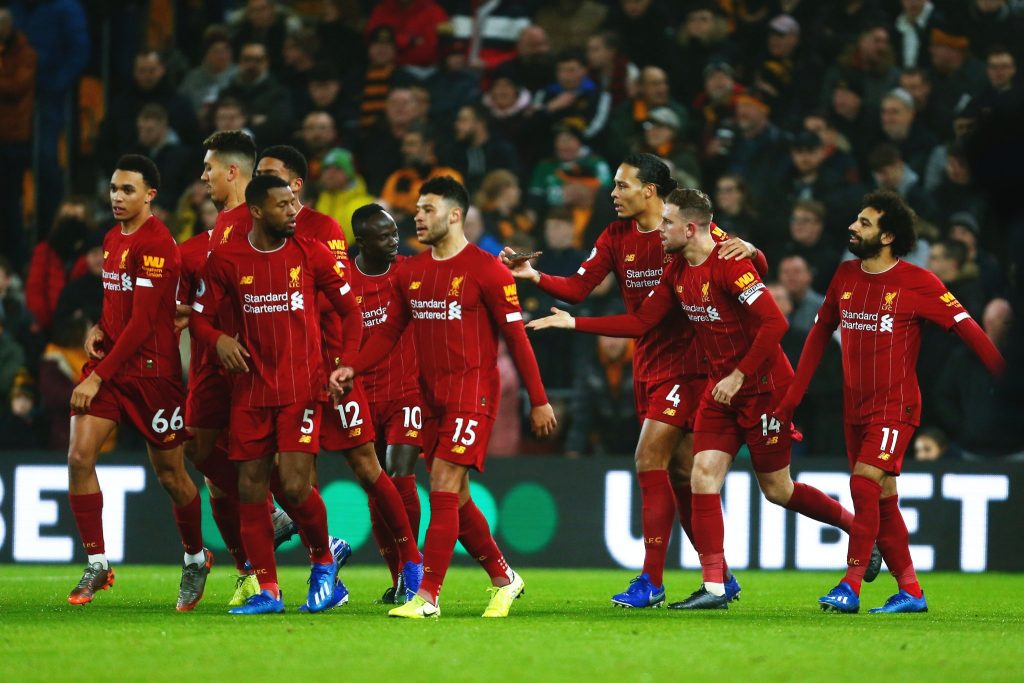 Wolves looked dangerous in attack as they kept prodding at the Reds defence through Adama Traore and Raul Jimenez. However, Liverpool stood strong at the back and didn't look significantly uncomfortable at any point.

The Reds were dealt a blow just after the half-hour mark as Sadio Mane was forced off with injury, with Takumi Minamino coming on to make his Premier League debut in Mane's usual position down the left.

A fantastic run by Salah saw him beat two Wolves defenders and ominously go through on goal. However, Doherty recovered fantastically and put in goal-saving block to deny the Egyptian.

Salah started off the second half where he left off from the first as he capitalised on Traore's error and unleashed a powerful strike on goal. The Reds forward was left frustrated once more as Rui Patricio made the save from close-range. 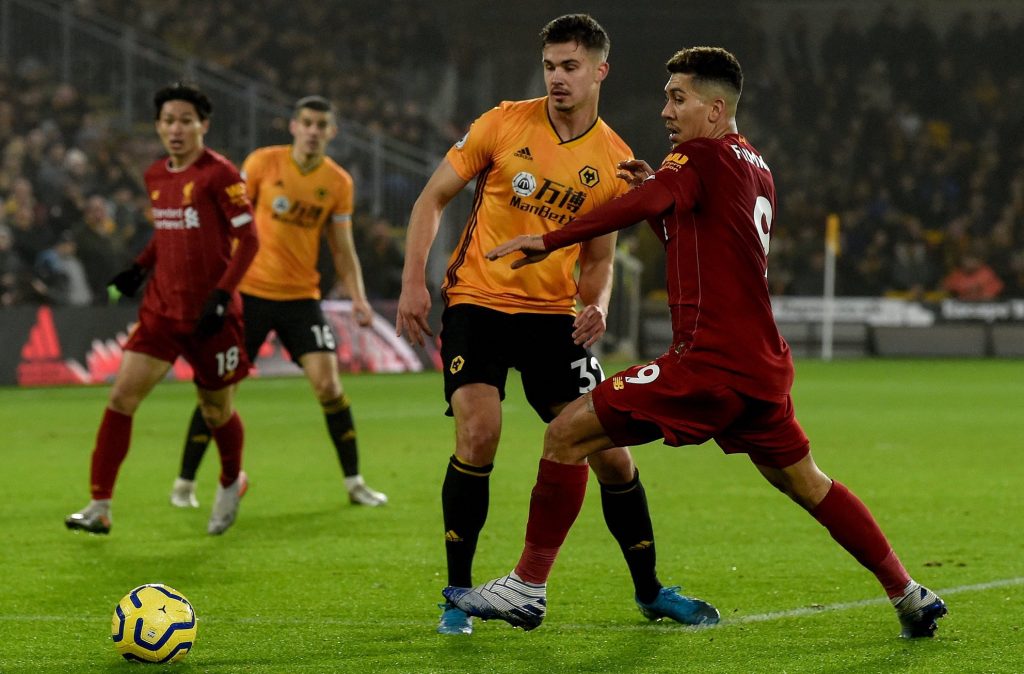 The home side got themselves back in the game and struck against the run of play as Traore's cross found Jimenez, who headed past Alisson with unerring accuracy to make it 1-1.

Traore caused the Reds defence plenty of problems down the left, first seeing a finessed shot saved by Alisson before playing in Jimenez, who was also denied by Alisson from close-range.

With a little over 20 minutes to go, a Liverpool counter-attack saw Salah run with the ball alongside Oxlade-Chamberlain on the left. Salah chose to go for goal instead of passing to the Reds No. 15 but failed to get his shot on target.

With Wolves threatening and time appearing to run out, Liverpool did what Liverpool do as they found their way through and went ahead via Firmino.

Henderson prodded the ball through to the Brazilian, who came onto his left foot and smashed the ball past Patricio to win the game for the Reds. The result means Liverpool are now unbeaten in 40 Premier League games across this season and last as they hold a 16-point lead over Manchester City, with a game in hand, at the top of the table.

Despite a nervy finish, the relentless Reds show no signs of grinding to a halt any time soon as they look on course for the biggest Premier League title win in history.

Disclaimer: Wolves vs Liverpool highlights are provided and hosted by external sources, notably DailyMotion, Youtube and allstreamup.com. We help you discover publicly available material and act as a search engine. We do not host or upload this material and are not responsible for the content.