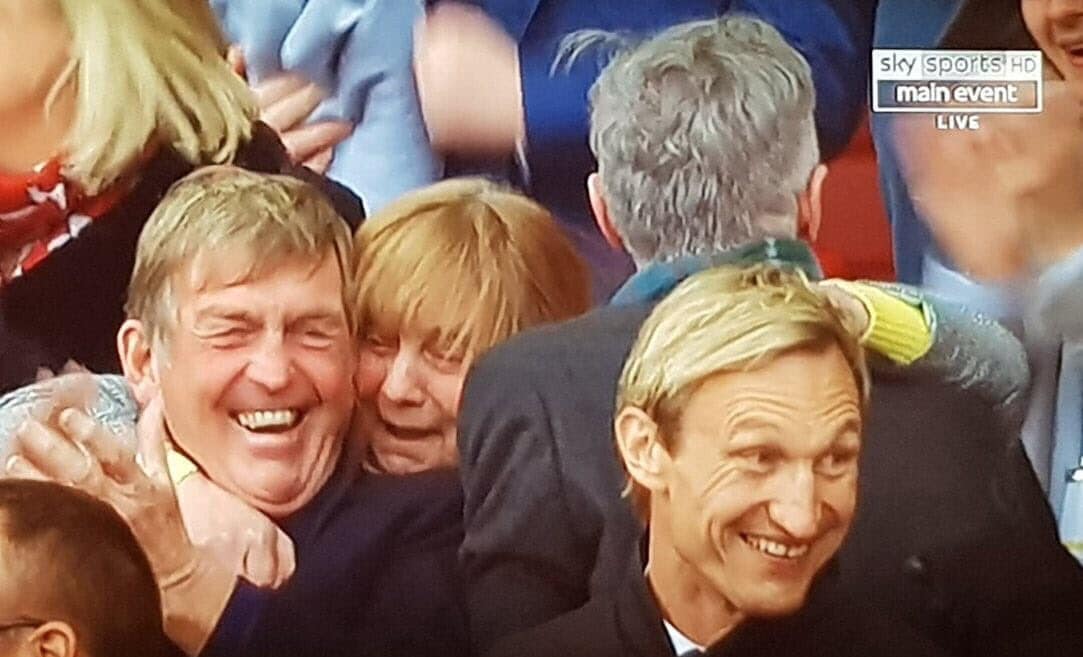 Supporters on social media are loving this moment in the stands after Mohamed Salah scored to put Liverpool 2-0 up against Chelsea at Anfield.

The Reds took the lead early in the second-half via Sadio Mane's close-range header before Salah scored a sensational goal from outside the box just two minutes later.

Jurgen Klopp had insisted the power of Anfield would be important against Maurizio Sarri's side and the crowd proved just that as they erupted into wild celebrations.

As Salah's name begun to ring around the stadium, cameras panned to the directors' box and showed former Liverpool manager and legend Sir Kenny Dalglish celebrating and grinning in delight.

Margaret Aspinall with The King.
😭😭

Margaret Aspinall with The King.

Liverpool moved back to the top of the Premier League table with victory, with City with a game in hand on the Reds.

Klopp's side now travel to Portugal for the second-leg of their quarter-final tie against Porto in the Champions League, holding a 2-0 advantage from the first-leg last week.