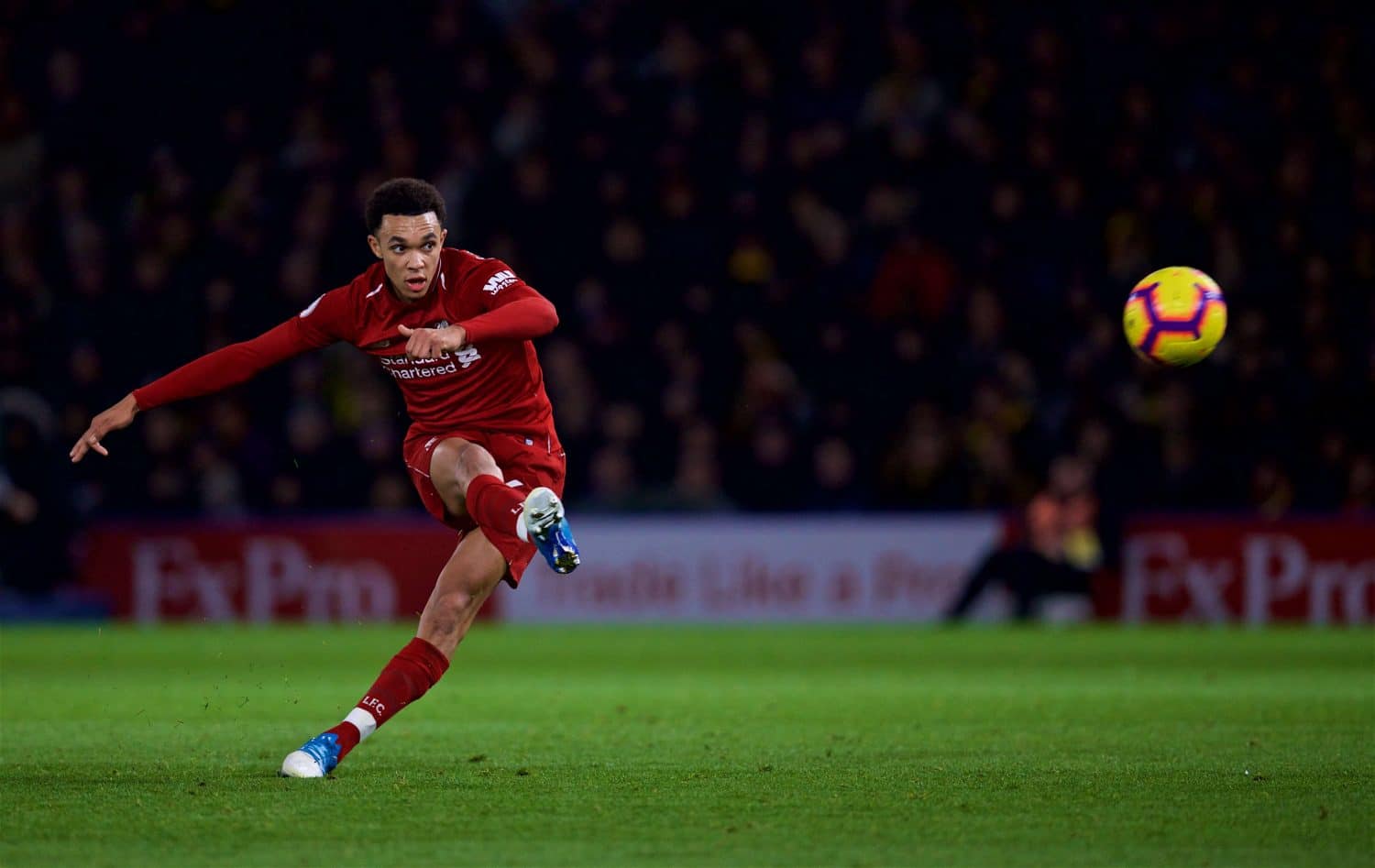 Watford vs Liverpool highlights: The Reds returned to Premier League action with a hard-fought 3-0 win over Watford at Vicarage Road.

Jurgen Klopp’s side struggled to convince in the opening hour on Saturday, with midweek's pivotal clash against Paris Saint-Germain looming.

However, they took the lead when Salah squeezed the ball through the legs of Ben Foster, scoring his ninth goal of the season, before Alexander-Arnold scored a fantastic free-kick to double the lead.

Jordan Henderson was sent off for a second yellow with eight minutes to go, meaning will miss next weekend’s Merseyside derby. Any hope of a comeback for Watford was thwarted when Firmino added a late third. 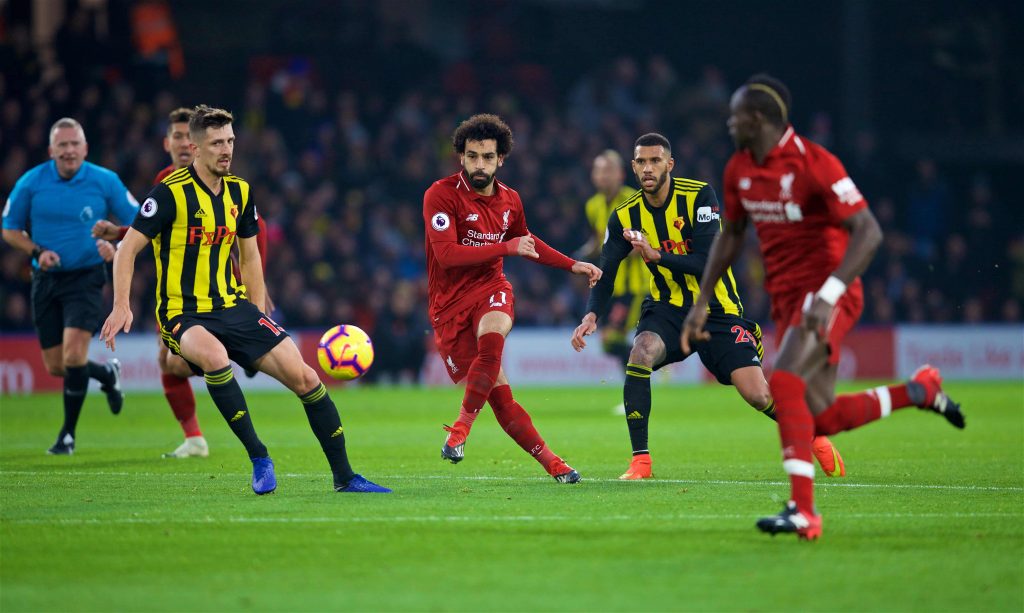 The home side had a goal ruled out in the second minute when Gerard Deulofeu ran on to Troy Deeney’s pass to beat Alisson with a smart finish, only to be adjudged offside.

It took either side 38 minutes to record a shot - let alone a shot on target - however a late flurry saw chances for both sides after Firmino found space and sent a low effort at Foster who held well.

The two sides entered the break level, with the Reds failing to convince despite dominating much of the ball.

Liverpool created more chances during the second-half, however the final pass was often lacking.

The Reds got away with one when referee Jon Moss waved away Watford's penalty appeals after Will Hughes went down in the box under Andy Robertson’s rash challenge.

Salah should have soon after opened the scoring, slotting a finish through Foster but ending up wide of the far post.

It took until the 67th minute for Jurgen Klopp's side to take the lead and it was Salah who provided the break-through. 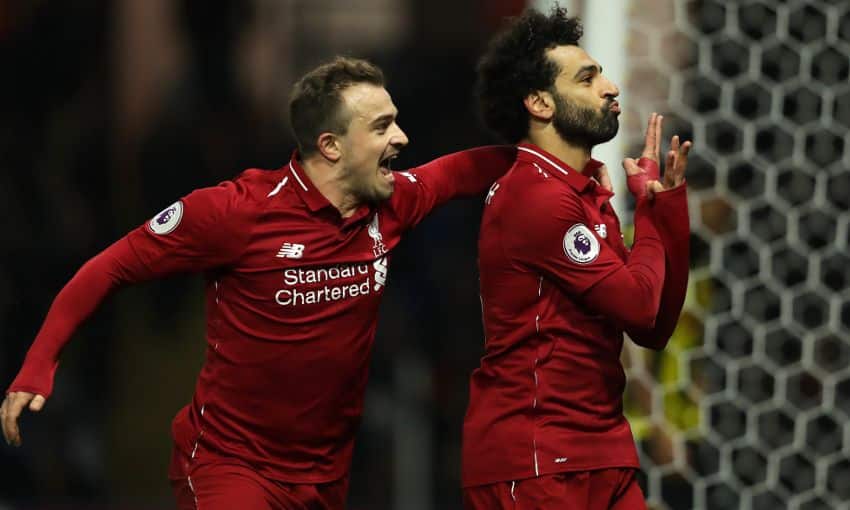 A slick move saw Firmino pick up the ball from deep before knocking a through ball into Mane, who cut the ball into the middle for Salah, whose low shot squeezed through Foster's legs.

Alexander-Arnold then took control of a free-kick from 25 yards out and smacked a sublime curling effort into the top right corner to put the game beyond the home side with 14 minutes to go.

Watford's hopes were monetarily raised when Henderson was shown a second yellow and sent off for blocking Etienne Capoue on the counter. 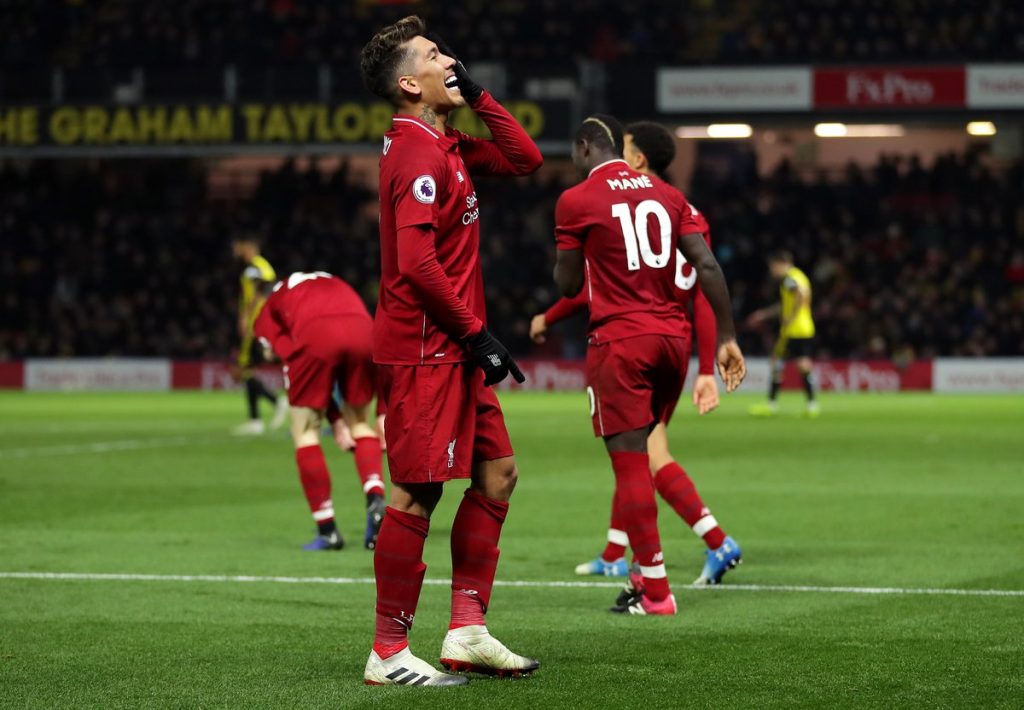 However, Javi Gracia's side failed to capitalise and instead it was 10-men Liverpool that scored another.

Andy Robertson led a Liverpool counter, teeing up for Mane whose shot was saved by Foster. The ball landed for Firmino who had a simple job of prodding a header into the back of the net.

Liverpool remain unbeaten after 13 games in the Premier League, setting another record in the process - never before have the Reds conceded as few as five goals after 13 league games in a season.