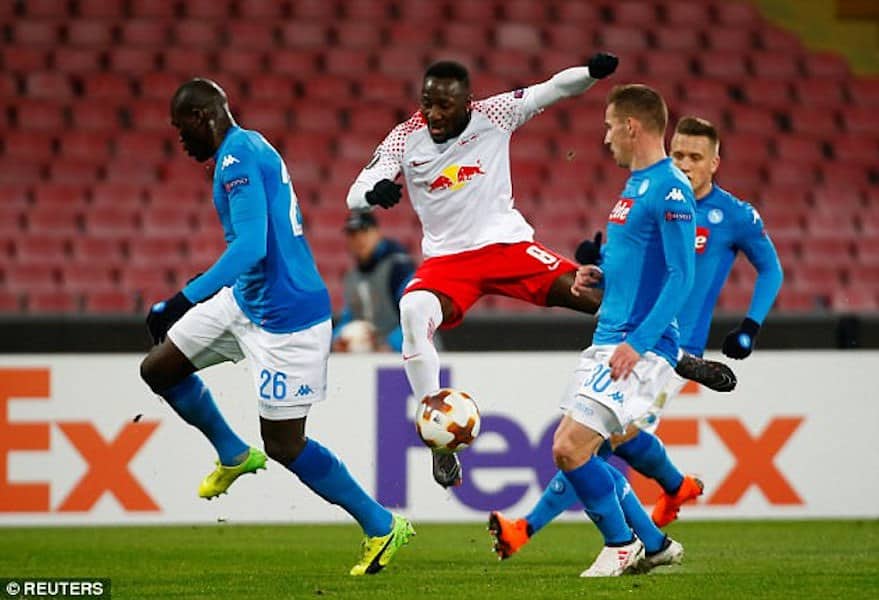 Naby Keita featured for RB Leipzig in their 3-1 away win at Napoli in the UEFA Europa League on Thursday night.

German striker Timo Werner and winger Bruma both struck in the second half to cancel out Algerian youngster Adam Ounas' opener to put the Germans all-but-through to the last-16.

Liverpool-bound Naby Keita worked tirelessly to dictate the tempo of the game in the central areas whilst Werner caused centre back Kalidou Koulibaly all sorts of problems with his pace.

Werner and Keita may find themselves in different shirts next season but the Europa League is a competition Leipzig will feel they can win if Napoli, arguably the strongest side left in the tournament, are brushed aside.

“I want to become the best African player in the world,” Keita said earlier this season. “My idol from Africa is Toure. He is strong, works hard and has made it to the very top.

“Becoming a Liverpool player will be very special, and a very important step in my ­career, but I won’t let fame go to my head. One should never forget where one comes from. My ­parents had nothing and sometimes life was very tough.

Watch Naby Keita vs Napoli below.

The future Liverpool midfielder covered the entirety of the pitch. What a tremendous footballer. pic.twitter.com/tYhMv1cxfe