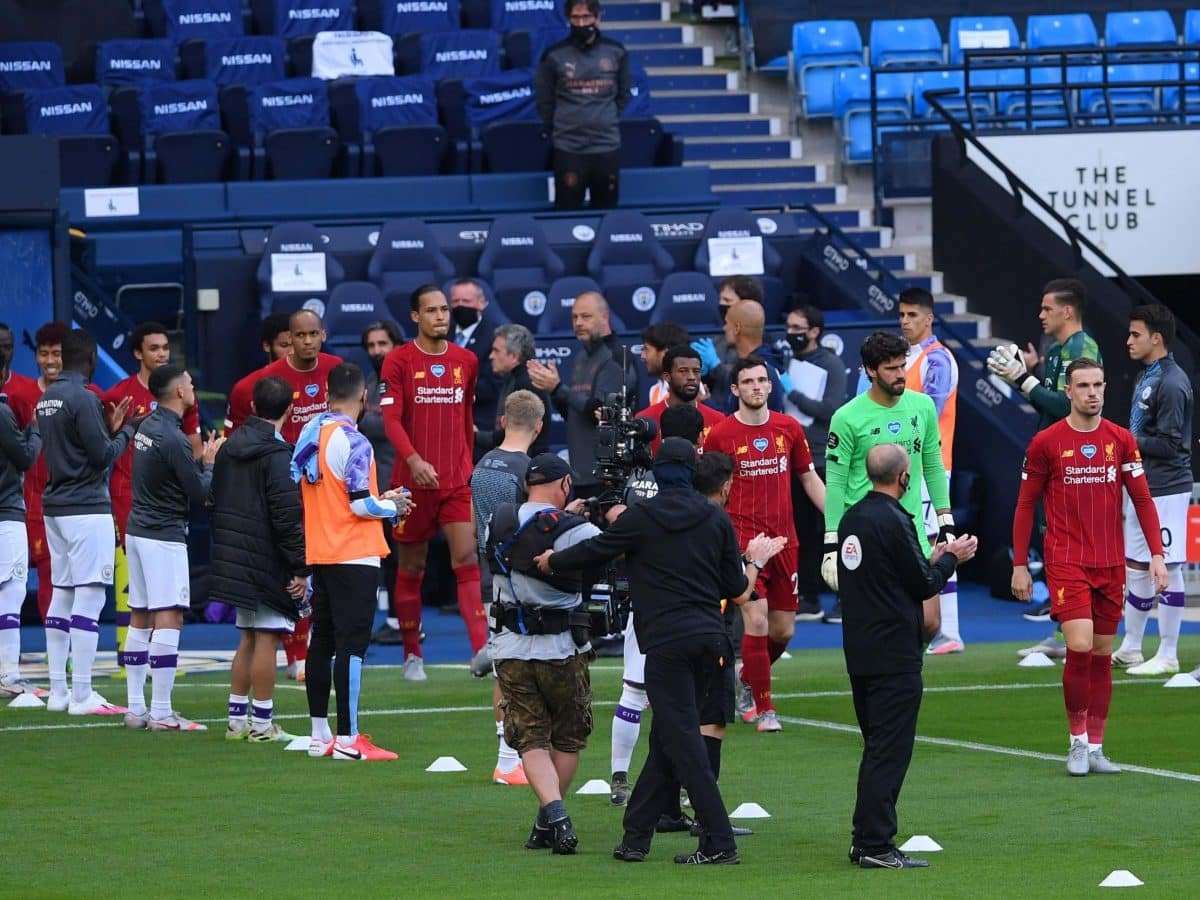 Liverpool were given a guard of honour by Manchester City ahead of their maiden outing as Premier League champions at the Etihad.

The Reds won their first league title in 30 years with seven games to spare after Man City fell to a 2-1 defeat against Chelsea last week.

It sparked a night of huge celebrations as Jurgen Klopp's side cemented themselves in Liverpool and Premier League history.

As is tradition, the Reds were given a guard of honour against Pep Guardiola's side at the Etihad as the two teams met on Thursday night. 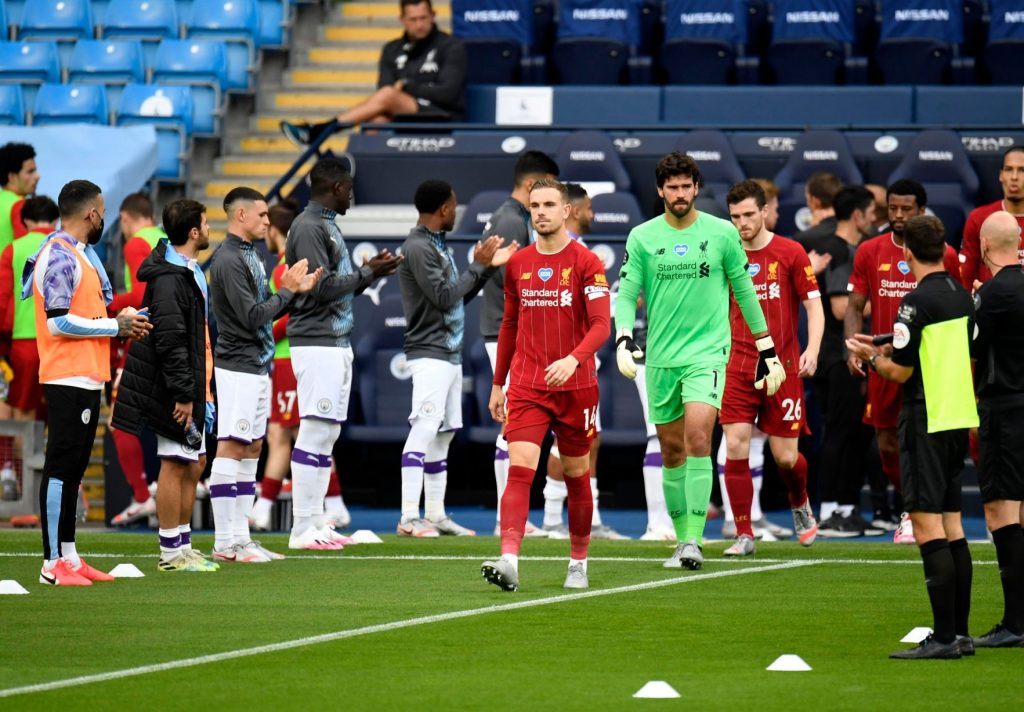 Despite looking lively during the opening exchanges, the champions suffered only their second league defeat all season as the home side overpowered them to run out 4-0 winners.

Kevin de Bruyne gave City the lead from the spot after Joe Gomez brought Raheem Sterling down in the box. Sterling added another ten minutes later before Phil Foden put City 3-0 ahead at the break.

Sterling was a thorn in Liverpool's side all evening and he forced an Alex Oxlade-Chamberlain own-goal in the second half after the substitute looked to block his effort on the line.

Ultimately, it's a result that won't affect the outcome of this season, but the hope will be the Reds can bounce back in their next game to end the season strongly.

Watch the Manchester City players give Liverpool a guard of honour in full above.