Watch as the Liverpool players began the first full day in Marbella as they prepare for this month's Champions League final.

The Reds touched down in Spain on Wednesday as they began preparations for Real Madrid by travelling to Marbella for a training camp described by Jurgen Klopp as a 'mini pre-season'.

The players took part in a small training session after flying in yesterday, however Thursday was their first full session. 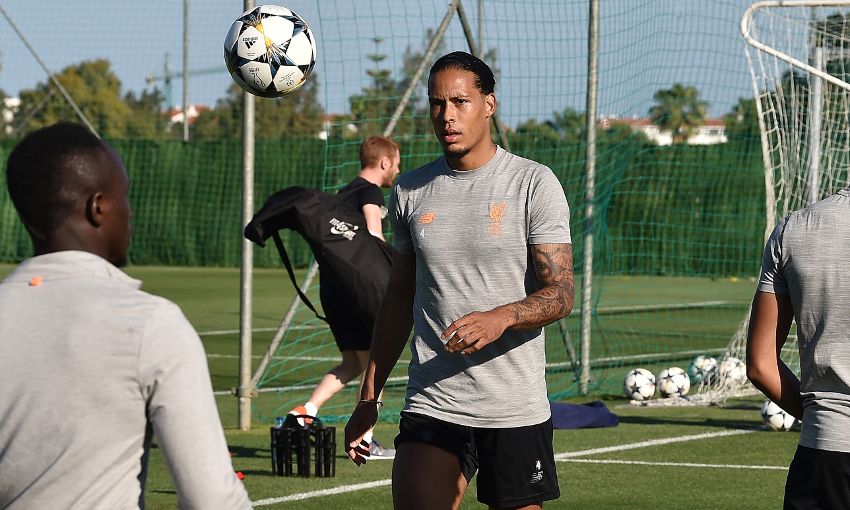 The players trained for two hours in the morning, engaging in physical and tactical drills, whilst also playing an entertaining game of foot tennis.

The squad then biked around Costa del Sol to their hotel, whilst a number of players took part in interviews and media requests ahead of the final in Kiev.

Speaking on Wednesday, Klopp highlighted the importance of their training camp and the reasons behind why they are in Marbella.

The manager said: “It’s about being together, having nothing else to do and not thinking about anything else – and then having a little rest. “We have a few things to do. We have time to prepare for the game, which we want to do. We have time to recharge our batteries, and that’s what we’ll do. We’re in a very nice surrounding, but we’re not here because of the weather – it was not the reason to say we don’t go to the south because the weather in England has been good as well – but too many things; too many people want too many things from us in the moment.

“Here, we can close the door when we are in the hotel or on the training ground – and that’s the reason we’re here.

Watch below as the Reds continue their preparations for Kiev.