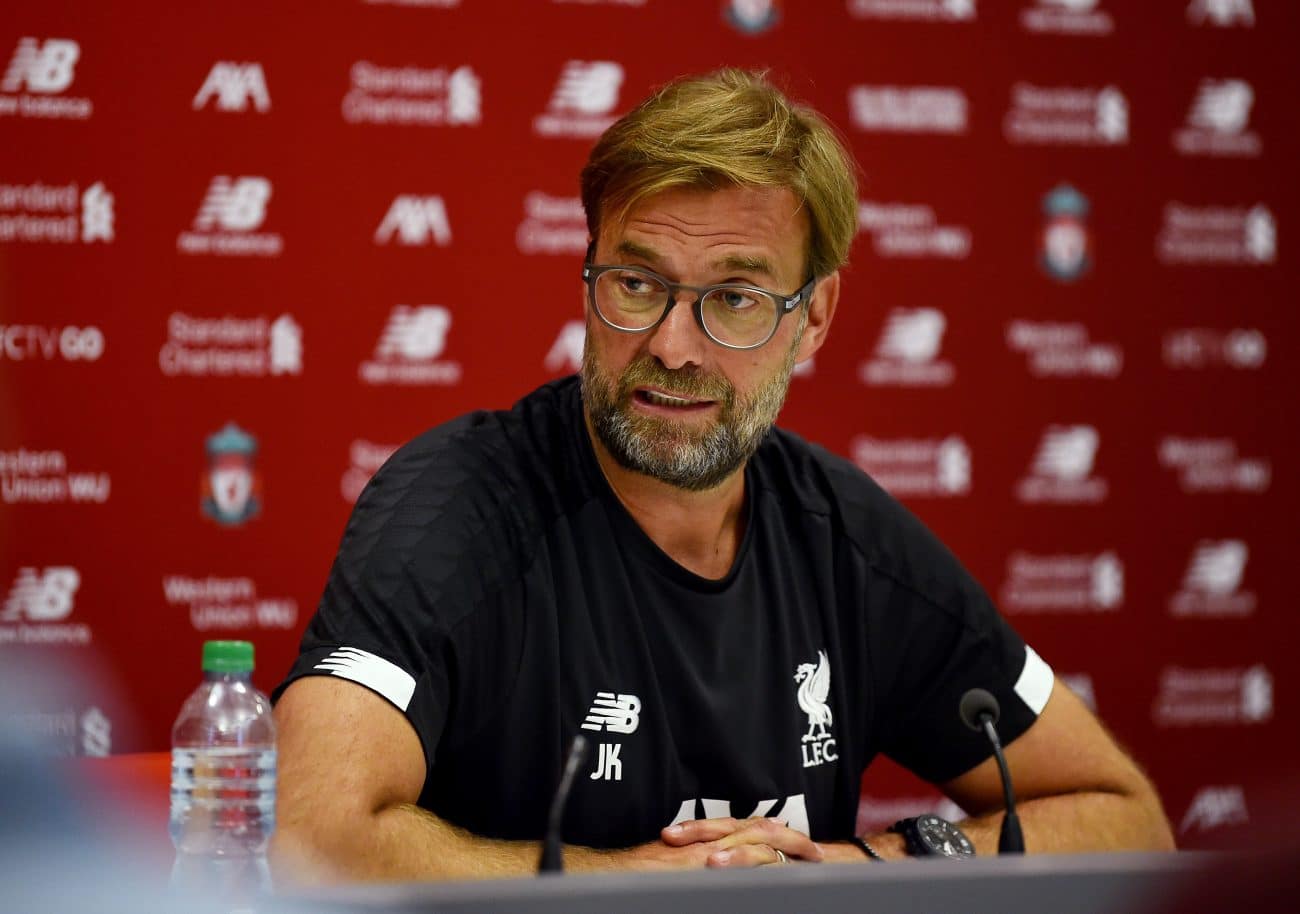 Liverpool manager Jurgen Klopp spoke to reporters at Melwood ahead of the Reds' clash against Watford on Saturday.

The Premier League leaders welcome bottom-of-the-table Watford to Anfield this weekend as they look to maintain an eight-point lead over Leicester City.

The Hornets look certain to be relegated this year having posted just one win in 16 games, with news boss Nigel Pearson brought in to steady the ship after the sacking of Quique Sanchez Flores.

The two sides' fortunes couldn't be any further apart, with Liverpool taking the Premier League by storm so far this season.

However, Klopp says he isn't thinking about the points advantage his side currently hold, insisting there are still a lot of games to be played, starting with Watford on Saturday.

“I’ve never been interested in stats and in this case, I’m not going to start being interested,” Klopp told reporters.

“We have to play a lot of games, like others as well, but for me the only way I understand and the only way I can do it is that I have no idea what’s in May, April, February, January but I know that we play tomorrow against Watford.

“That’s enough of a problem as they have a new manager [Nigel Pearson] and our analysis we can pretty much throw in the bin.

“We picked out games from his last clubs in Belgium, Derby and Leicester – so that’s enough as a problem and all the other things I’m not interested in.”

The Reds manager, who put pen-to-paper on a contract extension earlier in the day, also provided a fitness update on his squad, delivering bad news on Dejan Lovren's injury prognosis.

“[He is] out,” Klopp said. “He will be back before my contract ends, obviously. But he’s out – muscle injury this time. We don’t have a timeframe.”

On his lack of options at centre-back, Klopp added: “It’s a concern, how you can imagine.

“It’s not the first time we are in a situation like this; last year, one game Fabinho played at centre-half, unfortunately, he is out as well. It’s not too cool. 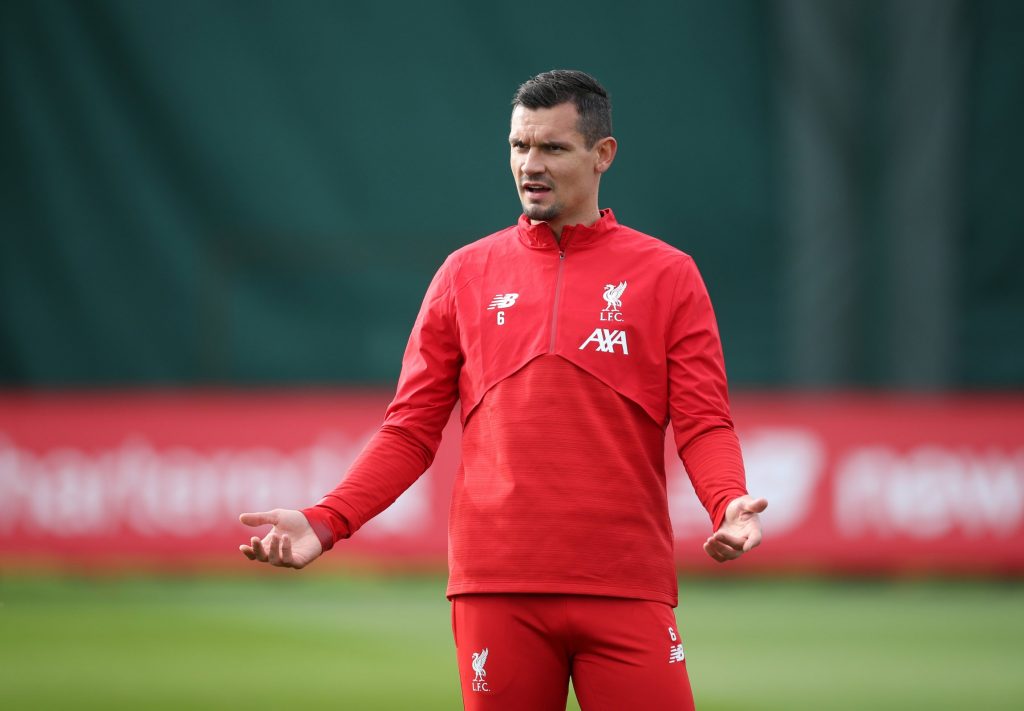 “At the moment we have two - we should take care of them, pack them in cotton wool and ask them what they want to do in training, ‘Are you ready or not?’ Apart from that, we have to be creative; we have the kids, of course, with Ki-Jana [Hoever] and Sepp [van den Berg].

“We have defensive-minded midfielders, there are different systems where you can use different kind of defenders as well. That’s how it is.

“At the moment, I have a lot of ideas but I hope for most of them I never have to use them, to be honest.”

Klopp was also questioned on whether the club has completed a £7.25million deal for Salzburg midfielder Takumi Minamino, who is tipped to join the club on January 1, with the boss choosing to remain coy with his answers. 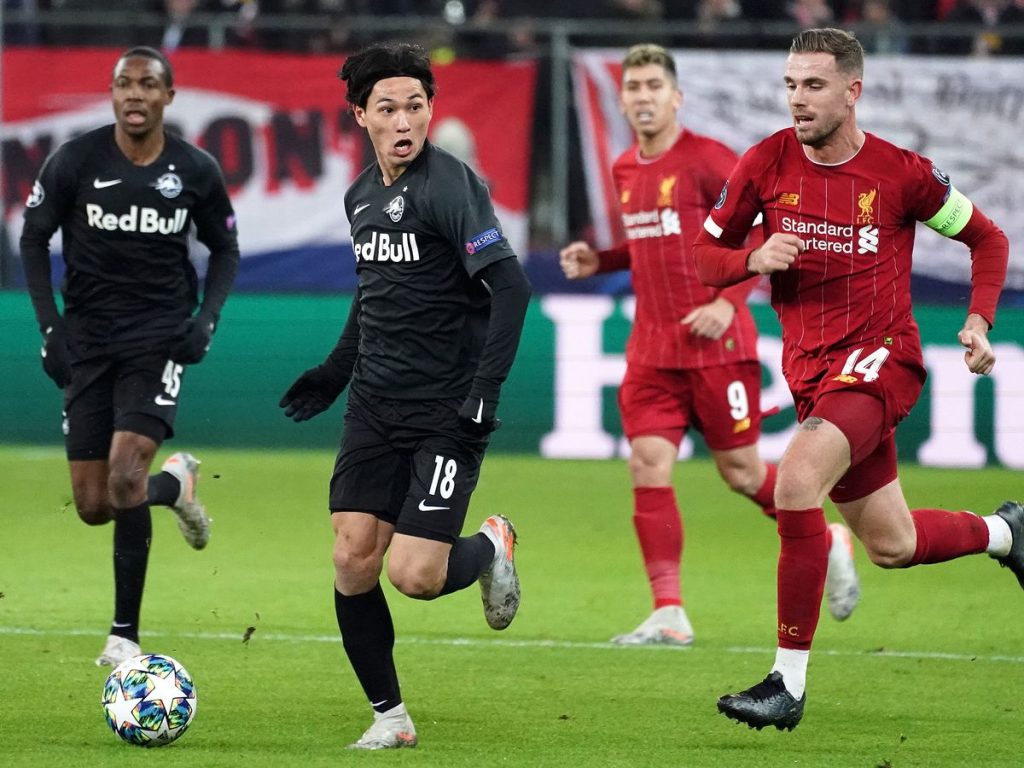 “There’s nothing else to say about it actually,” Klopp said.

“We speak about it like we do with all transfers, potential transfers, when it’s sorted and not earlier.

“Very good player, I can say that, but I saw a few very good players in the Salzburg team, to be honest, much more than I wanted - especially in the first half! So that’s it.”