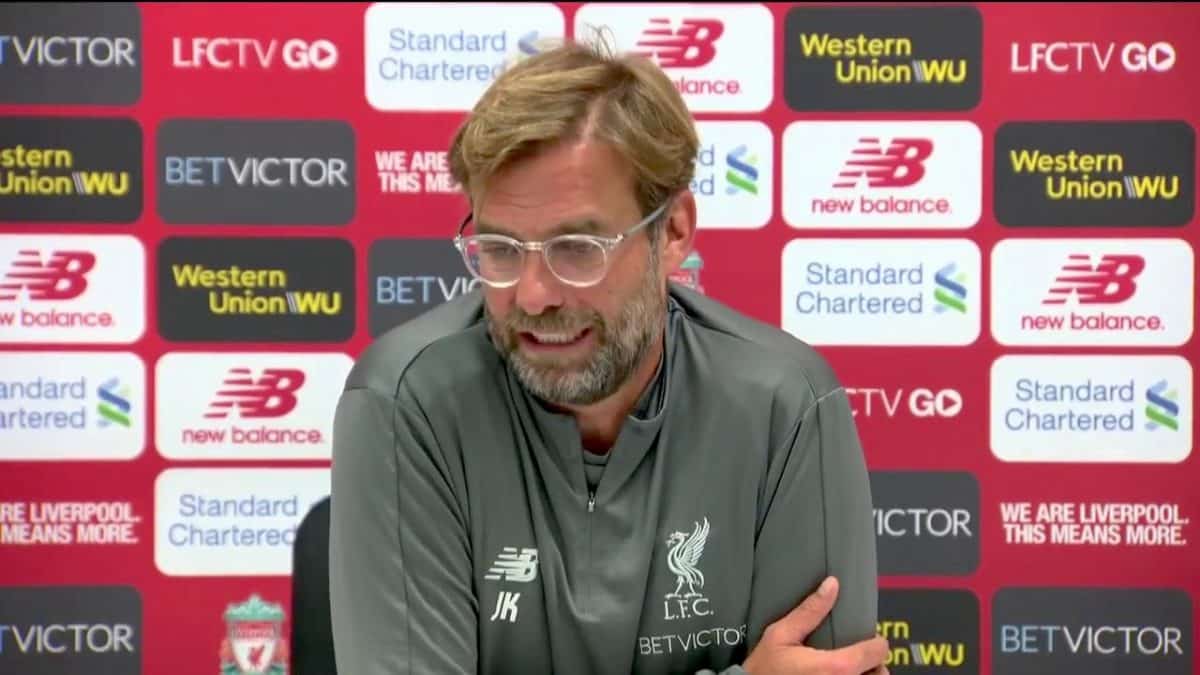 [vc_row][vc_column][vc_column_text]Jurgen Klopp speaks to the press at Melwood ahead of Liverpool's fixture against Watford in the Premier League on Saturday.

The Reds travel to Vicarage Road to face the Hornets, who sit in seventh, ahead of Manchester United, in the league table.

Liverpool go into the clash in second place, trailing leaders Manchester City by two points after the opening 12 games.

The Reds boss will know a fixture against Watford could prove to be vital to gain points on fellow rivals Chelsea and Tottenham, who face each other in the later kick-off on Saturday.

Watch Jurgen's full pre-Watford preview below as he speaks to the assembled media at 12pm GMT.

Visit LFC Globe following the press conference for all the important quotes from the boss, including a fitness update on the squad.[/vc_column_text][vc_video link="https://www.youtube.com/watch?v=k7ARBfWjPxU" el_width="80" align="center" css=".vc_custom_1542969035533{background-image: url(https://lfcglobe.co.uk/wp-content/uploads/2018/09/backgroundwidget.png?id=58361) !important;}"][/vc_column][/vc_row]