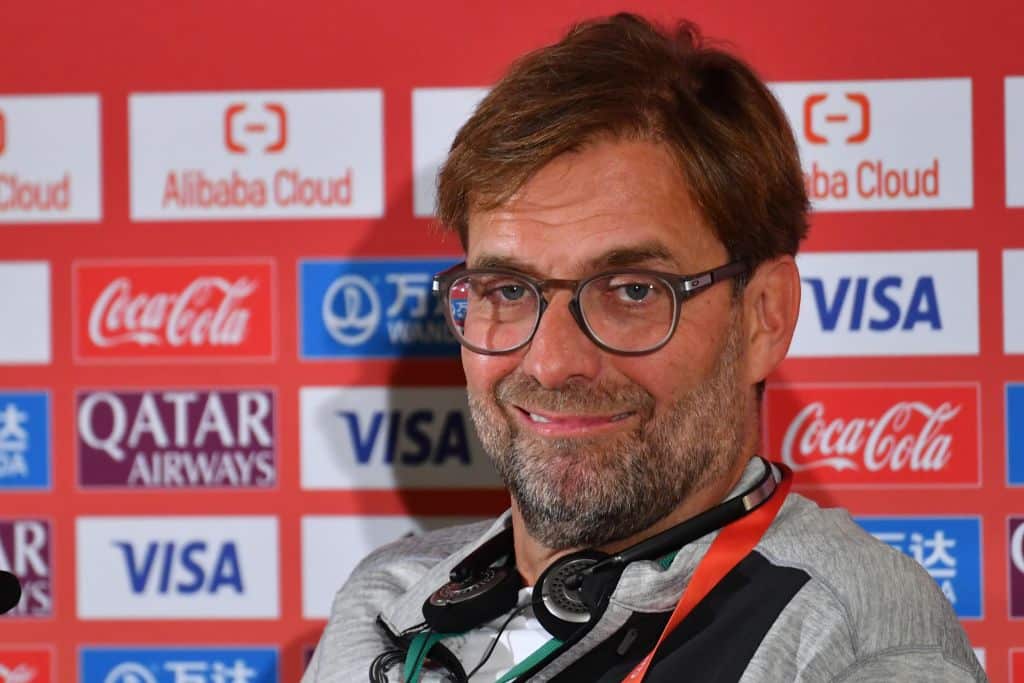 Jurgen Klopp spoke to reporters in Qatar ahead of Liverpool's Club World Cup semi-final against Monterrey on Wednesday evening.

Liverpool take on Mexican side Monterrey in their first game of the competition at the Khalifa International Stadium in Doha.

Should they come out on top, the Reds will face either Brazilian side Flamengo or Saudi Arabia's Al Hilal in Saturday’s final.

Liverpool have never won the Club World Cup in their history but are nonetheless regarded as favourites to win the tournament. Klopp, however, insists they have "a lot of respect" for the teams they are set to face.

"It would be the first time for the club to win the Club World Cup. Is it the most important cup competition in the world? I don’t know. There are winners from all different competitions and continents," Klopp told reporters alongside vice-captain James Milner.

"In Europe, obviously everybody thinks the Champions League is the biggest competition, but ask the guys who play in the CONCACAF, ask the other players in Asia or wherever, ask them. They all have their competitions. In Brazil, Flamengo celebrated the Copa Libertadores pretty intense how I saw.

"We are here to represent Liverpool and Europe, that’s what we do and we try that in the best way – like we do always. Hopefully you can see that tomorrow night.

On Wednesday night's opponents, Klopp added: "I visited your country in the summer, it was my first time in Mexico, it was brilliant. We saw them of course and we know about the coach came back and the situation in the league.

"Since then they didn't lose a game, so they are in a pretty good moment. They have a specific way of playing, good players, technically good players.

The Reds say hello to supporters in Doha 👋#ClubWC

"It's just interesting, it's slightly different but, how you can imagine, I don't want to talk too much about tactical stuff because that's the thing we try either way to do or to avoid. I was impressed by the things I saw, it was really good football, I always imagined that.

"Everybody knew a lot of Mexican footballers played in Europe, not only Hugo Sanchez but maybe it started with him. They have brilliant footballers – all creative, technical-wise really good.

"The influence from the south, I would say, pretty emotional, all that stuff, all in involved, that’s how it should be. It will be really interesting. We are full of respect for Monterrey and looking forward to the game."

The boss also provided an update on Gini Wijnaldum's fitness, with the Dutchman set to be sidelined for the semi-final. Meanwhile, Virgil van Dijk should be "fine" to take part despite missing full-team training on Monday.