Jurgen Klopp spoke to reporters at Melwood on Friday ahead of Liverpool's meeting against Southampton this weekend.

The Reds have stormed ahead at the top of the Premier League table so far this season, with midweek's win over West Ham putting them a huge 19 points ahead of second-placed Manchester City.

They welcome Southampton to Anfield on Saturday, with the Reds firm favourites to continue their stellar form so far this season.

Ralph Hasenhuttl's side pose more than a threat, however, with the Austrian turning Saints' fortune around after a lacklustre start to the campaign.

Speaking at his pre-match press conference, Klopp was full of praise of the opposition, calling upon the Anfield faithful to help his side against a "really intense" pressing team.

"I don’t have a lot of contact with Ralph but he is a colleague from Germany – he’s not from Germany but we worked in the same league – so you feel a little bit with a team like that," Klopp said.

"You think, 'Wow, really in trouble'. This turnaround is exceptional. I think I won the manager of the month award the last two months or so, but from my point of view it was Ralph 100 per cent because what they did from a no or low confidence level to come to this confidence level.

"Not changing the way you want to play, no, but to push it through because it was always clear how Ralph wants to play. Now implementing that in the team, it’s incredible, an incredible job. I have not often saw something like that.

"You see them playing now, yes, they lost against Wolves, but [they were] winning for most of the game and Wolves is obviously a really strong side. The two teams in the moment – apart from probably the top four or five teams in the league – who you don't want to face is Wolverhampton and Southampton. 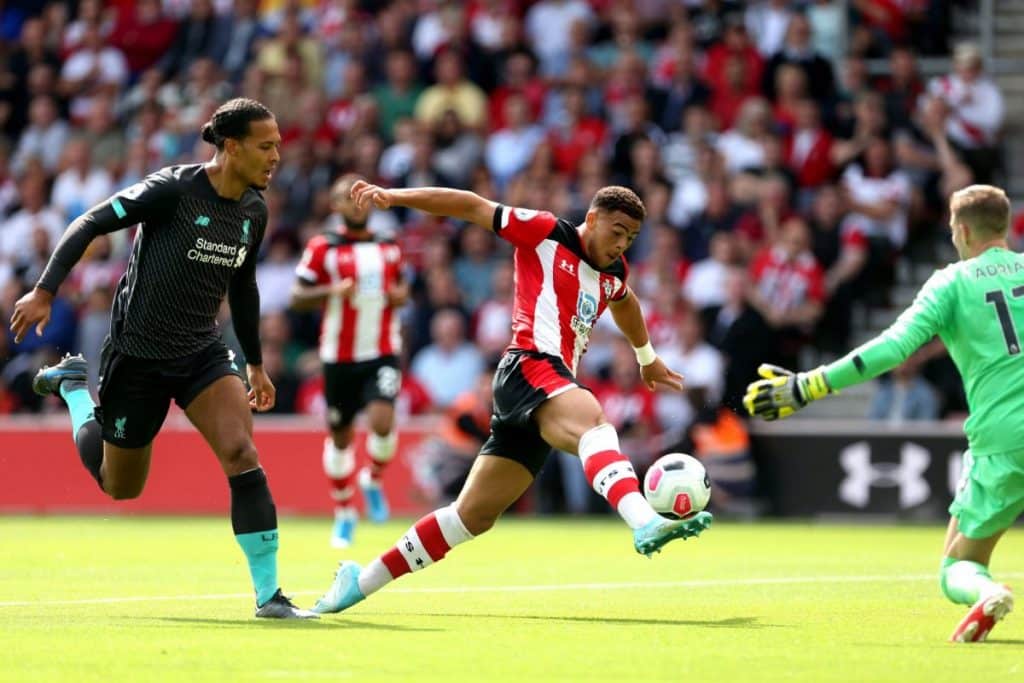 "They found now a formation where it works really well with Ingsy and Armstrong, who is now unfortunately injured. But still, Boufal came on – I think three years ago he was the main signing or so, a lot of quality – Redmond is in a super shape, Hojbjerg, Ward-Prowse, it's looks like they all waited for the moment to show finally what they are able to do.

"The analysis was like, ‘Wow, that is really intense’. So I can say immediately, tomorrow we need each and everybody in our stadium to help us.

"They had a week to prepare for that game, we played the day before yesterday. So that's a big advantage for them now.

"But that should be the only one, so we need an outstanding atmosphere please. That would be really, really nice."

The boss also confirmed James Milner and Xherdan Shaqiri will continue to be sidelined with injuries, although they could be back in training next week.

Adam Lallana is in contention after recovering from a virus, whilst Divock Origi is also expected to be available after suffering with cramp in midweek.