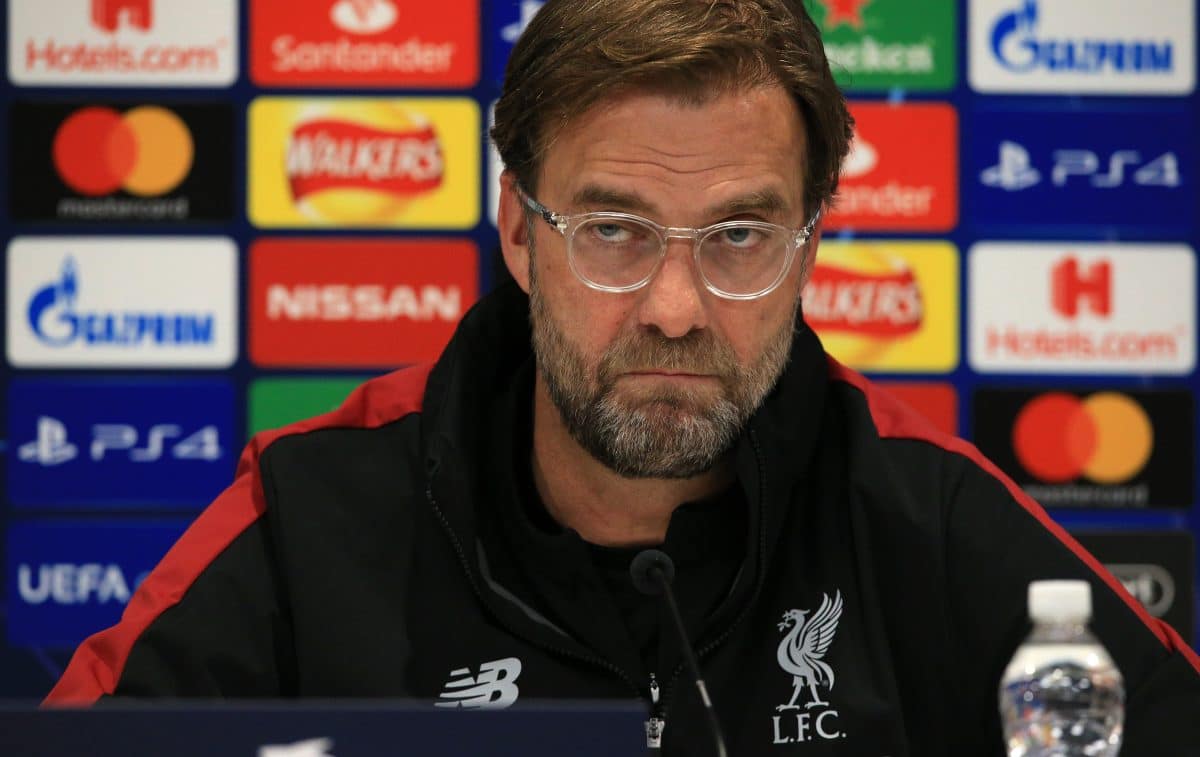 Jurgen Klopp will speak to reporters in Naples on Monday evening ahead of Liverpool's first Champions League group stage fixture against Napoli tomorrow.

The reigning European champions kick off their Champions League campaign in Italy on Tuesday night as they face Carlo Ancelotti's side at Stadio San Paolo.

The Reds trained at Melwood on Monday morning before catching a flight to Italy, with the squad set to finalise their preparations at the stadium in the evening.

Before that, the Liverpool manager will preview the game and provide a fitness update alongside a member of his 20-man travelling squad.

Watch the press conference in full via LFC's live stream below, starting at 6.30pm BST.