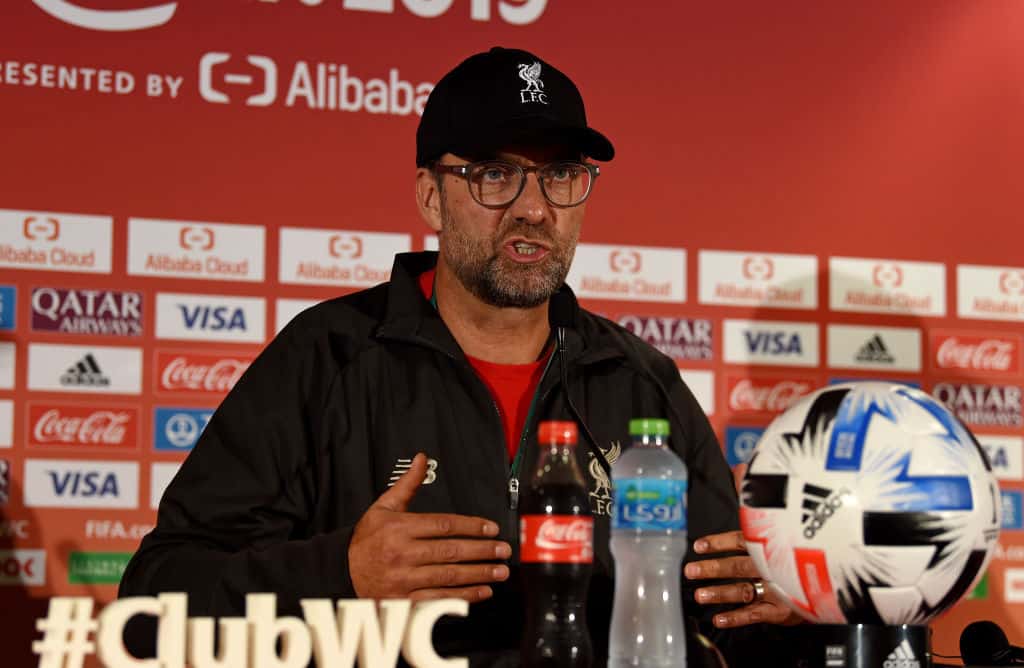 Jurgen Klopp spoke to reporters in Doha ahead of Liverpool’s Club World Cup final against Flamengo on Saturday.

Liverpool face the South American champions at the Khalifa International Stadium as they look to win the club’s first-ever Club World Cup trophy.

They reached the final after beating Monterrey 2-1 on Wednesday thanks to an injury-time winner from substitute Roberto Firmino, after Naby Keita’s opener was cancelled out by Rogelio Funes Mori.

Speaking ahead of the game, Klopp said the competition “feels really special now,” despite the lack of importance traditionally placed on it by European supporters.

“This situation is different for Flamengo and for us. Flamengo got sent here from their continent with a clear order to win it and to come back as heroes.

“We got told, 'Stay at home and play the Carabao Cup'. That's a massive difference. We cannot change that.

“But we are here and we - my team - want to win the competition, even when we know it is very difficult because the other team is really, really good, but that's how it is with the big competitions.

“I think the view on it in Europe is completely different to the view in the rest of the world. But I like pretty much to change that view a little bit in the moment, it changed for me since we are here. Will that change the view of people in Europe? Probably not.

“Liverpool fans want us to win and most of the other fans don't really care about the competition and the rest of the world is completely different. 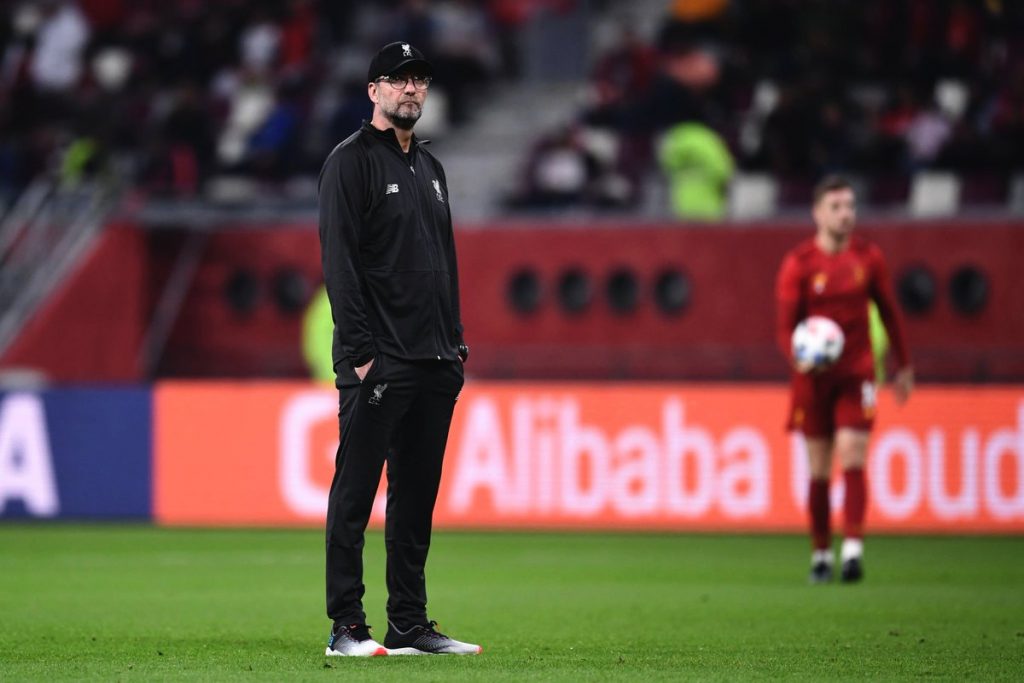 “You could see that with how Monterrey fought in the two games they played, how much they invested and it will be the same with Flamengo tomorrow with an even higher quality in the team.

“For us, it feels really special now. We are settled, we sorted the sleeping issues in the first two days, which of course everybody had since we are here. We could train, we could rest the players in the right moment and now we have to make sure that we are ready for this.

“Yes, we feel the tension in the situation, but we feel it is a massive opportunity and we want to try it.”

Liverpool are firm favourites to edge past the Brazilian side and lift their third trophy under Klopp, adding to their Champions League and Super Cup triumphs earlier this year.

However, the Reds boss insists Flamengo are in “a really good moment” and his side must work hard during the game to establish themselves as front-runners.

“Do we have an advantage? I don't know,” Klopp said.

“Look, what we try every day, we try to prepare solutions for the problems we have. Sometimes we know about the problems beforehand and find a solution, sometimes we face problems all of a sudden and have to find solutions. That is our job.

“We don't see us as a team who cannot lose games or stuff like this, we see ourselves as a team who has to work their socks off to have a chance to win the game. That is what we try all the time. I don't see a real psychological advantage, to be honest, I don't think about it. 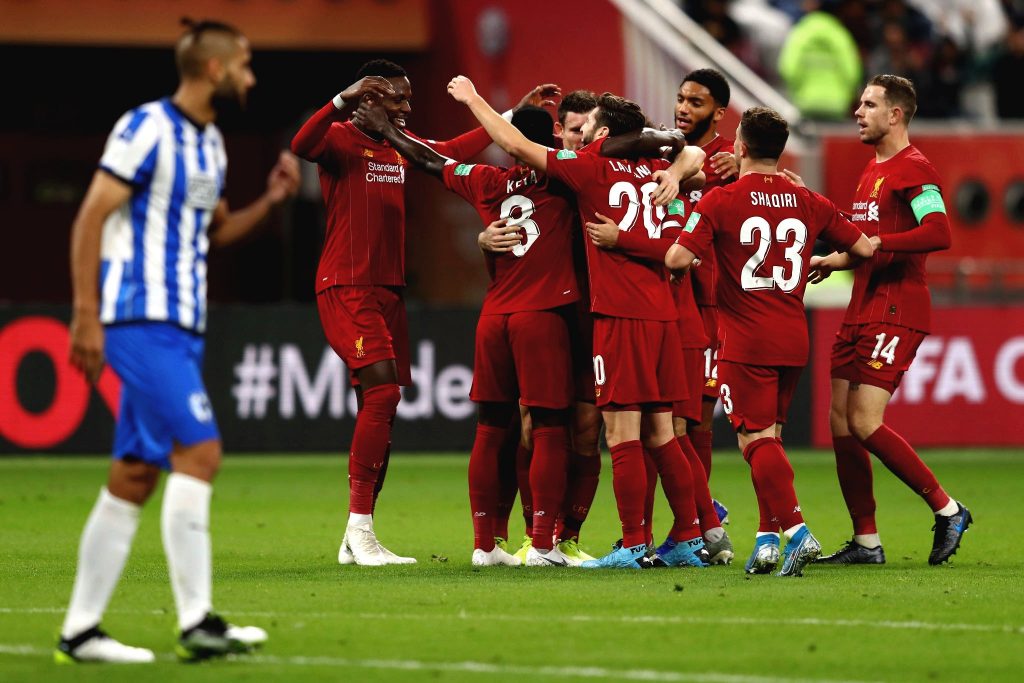 “It is just that we try to make sure we are 100 per cent ready for this game with everything we do over the days, everything the boys eat, the number of hours they sleep, the treatment we give them, the training we do, the recovery, the things we offer them.

“We give them time off for their minds to think about something completely different. We do all of these things to only create the best possible basis to win the next football game.

“While we're doing it, we try to have a good time together because otherwise it would a bit boring. We don't expect we are the only team who are doing it this way.

“I spoke about the Flamengo players and when I saw the Flamengo supporters, they are having a good time because Flamengo played a really exceptional season. They are in a good moment as well, so we have to see who can use the momentum better or more tomorrow night.

“[We have] no advantage before the game but we are ready to work for advantages in the game.”

The boss also provided a fitness update on Gini Wijnaldum and Virgil van Dijk, remaining coy on the duo’s availability and insisting “we will see.”

"Virg was part of training today, Gini had a session today. We will see how it will look at the end. We have no new injury concerns,” Klopp said.

"How you can imagine, it was Wednesday night when we played and now it's Friday, so we use each hour for recovery and all that stuff. That's what we did and we will see who we can line up tomorrow."