Jurgen Klopp was quizzed on a variety of subjects ahead of Liverpool's Premier League clash against Brighton on Wednesday.

Deadline day reinforcements in the way of Ben Davies and Ozan Kabak were naturally the main source of questions for the Reds boss.

Whether the duo could both start against Graham Potter's side in midweek, Klopp insisted it would be "not too cool" as he looks to give his new centre-backs more time to settle in with their teammates.

"But how I said, coming into the defence, so 12 or 13 different centre-half pairings and that makes it more difficult, for example, for Neco [Williams] and Kostas [Tsimikas] as well. Because Kostas is new and Neco is still young, these kind of things, and you search for kind of stability in the team when you change that often.

"But we obviously don't live in an ideal world and that means we have to be smart, we have to be quick and we try everything to do that. There are different things we can do and help them and that it goes faster.

"So if they would have to start tomorrow night together, I think that would be not too cool. But we will give them a few more days." The boss was also keen to explain his reasoning behind Takumi Minamino's loan move to Southampton, with the Japanese international joining the south coast club until the end of the season.

“Having options makes it the only chance that you can give a player to another club,” Klopp said.

“But we were active in this situation a little; Southampton asked and it was not that we said, ‘No, no, no, no chance.’ We thought about it.

“Takumi is an incredibly good player and we didn’t give him enough chances, that’s the truth. That’s for different reasons. Sometimes it was just the size; because of our problems in defence we were not tall enough and then Takumi on the pitch you think, ‘OK, how can we do that then?’ Defending set-pieces is a very important part. It’s for the player not too interesting and for journalists probably not too interesting, but in some moments even these kind of things make the difference why one player is playing and the other not.

“Southampton came up and there were not a lot of clubs where I thought it really makes sense to let him go, but Southampton makes a lot of sense. He is there for 17 games now and in the situation Southampton is, if Takumi stays fit he has a good chance to play 17 games, which helps everybody. It helps Southampton and helps us because the only thing Takumi was lacking was a couple of games in a row. And it was a difficult year.

“I would have loved to keep him, just to have the option and stuff like this, but in the end, because Takumi is a long-term project and always was – we see really a lot of potential in Takumi – it makes absolute sense that he gets now the chance to play maybe 17 games, Premier League games, and then comes back in a completely different mindset, confidence level, all these kind of things. “I hope it’s a win-win situation.”

Meanwhile, on Wednesday night's opposition, Klopp says he watches them play and knows "how good they are" as he emphasised how he admires the way Graham Potter sets up his side.

"I have not enough words to say how much I respect what Graham is doing there. The way they play is really good and unbelievable. So they have a clear idea, good players in the right positions," Klopp said.

"In the end, they lose games anyway – that makes it really strange. But they stick to their idea and I respect that a lot. Now against Tottenham obviously it paid completely off, it was a well-deserved three points and obviously they could have scored already earlier in that game, controlled it then in the right moments.

"Not only because Adam Lallana is there now, but I try to see them as often as I can and I know how good they are. It will be a tough one. They defend well, they attack especially well, so we have to be ready for this game.

"Is it the right moment? I don't know. For us, it feels rather like a good moment. That Brighton is now in a good moment as well, I have no problem with that. In the end, you have to beat the team you face and that's what we try."

The boss discussed a number of other topics, including a possible return for Virgil van Dijk this season, which he insisted was unlikely and something that required "nearly a miracle." 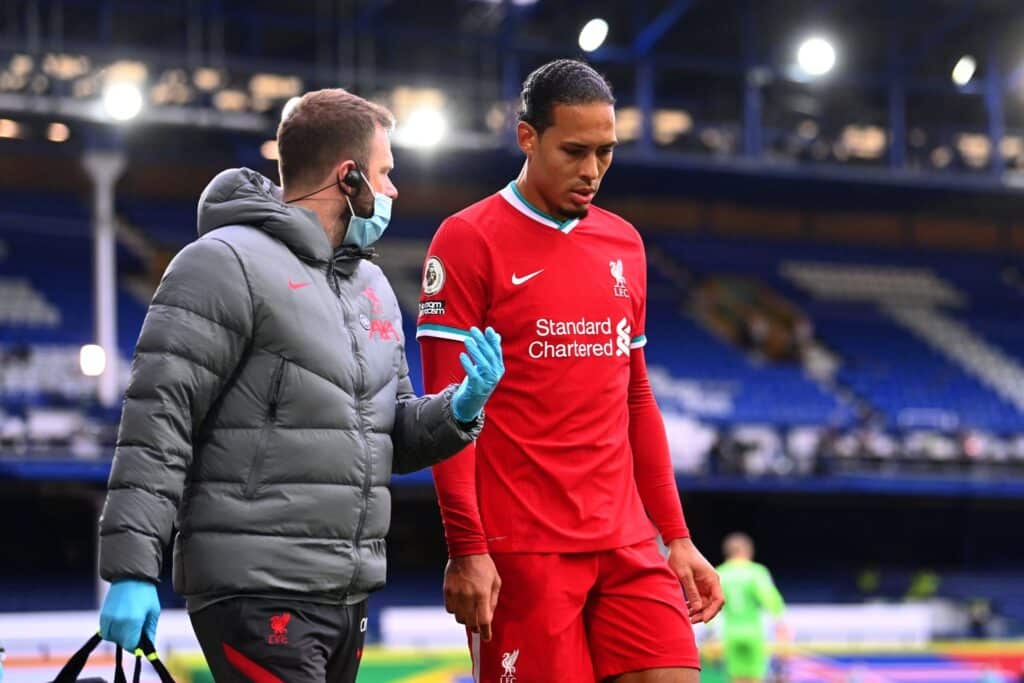 “If we have space we would put them all on, even when all the medical people tell us there’s no chance. We put them on because we believe in miracles from time to time.

“But if there’s no place then we have to consider these kind of things and say, ‘The chance is not too big so we have to make the decision.’ But if they are on the list then it’s only because we hope for nearly a miracle. That’s it.”