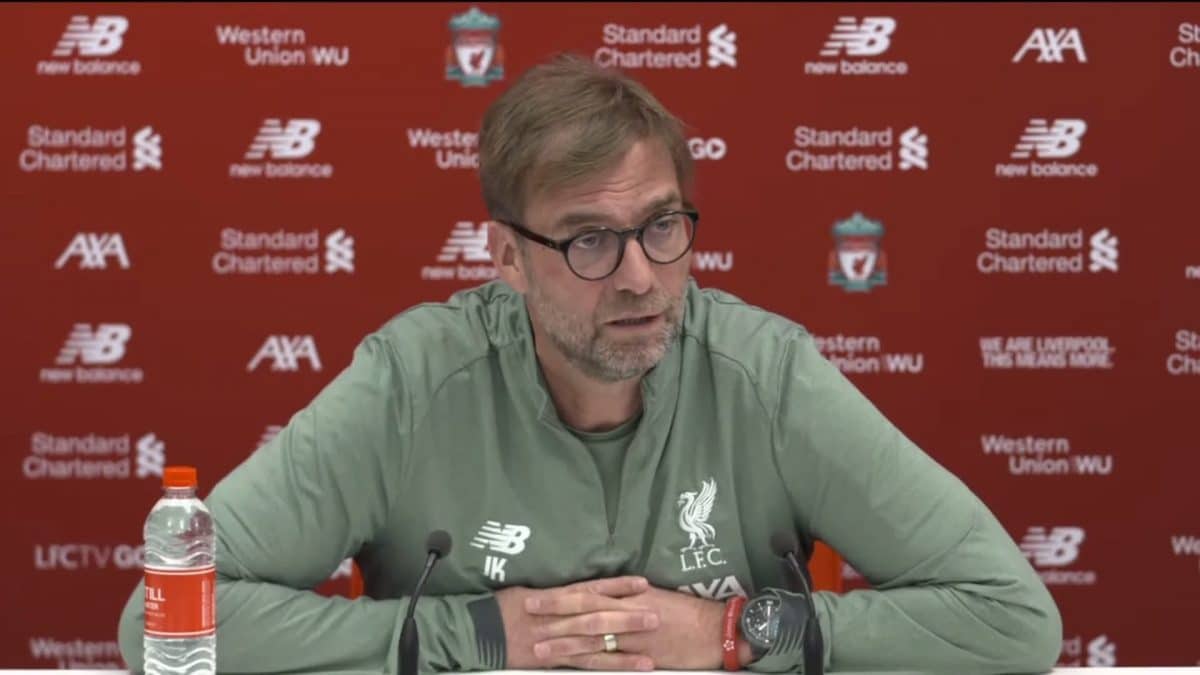 Jurgen Klopp spoke to reporters at Melwood ahead of Liverpool's Premier League meeting against Bournemouth on Saturday.

The Reds will be looking to bounce back from three defeats in their last four games in all competitions after Chelsea knocked Klopp's side out of the FA Cup in midweek.

It follows a shock 3-0 defeat against Watford in the Premier League and a 1-0 loss to Atletico Madrid in the Champions League, with the Reds' resilience being called into question of late.

Whilst Liverpool remain firm favourites to get the job done against Bournemouth, the Cherries are fighting near the bottom of the Premier League table and Klopp is aware of the threat they will pose.

Asked about Anfield's influence over his side, he said: “Yes, it’s much bigger but I realised that already a while ago – the influence and impact of Anfield is much bigger than I’d thought.

“We’ve never really thought about statistics and stuff like this, and in this moment it doesn’t feel like we won the last 21 and that’s how defeats change things. We would never – and have never – ignored the things that have happened to us, result-wise, injury-wise, whatever.

“We have to create an atmosphere again tomorrow, we have to use the atmosphere then, but for that everybody needs to have the right mindset, our people as well.

“It’s a situation and not only we – as a team – lost three of the last four, our supporters lost them as well. [Now] it’s about the reaction – really fighting back with an atmosphere that is exceptional.

“We face an opponent in Bournemouth who have been fighting with all they have for the league for months already. They had a really tough period with a lot of injuries; not all of them, but now a lot of these boys are back, especially the front-line is now back [to] what usually, before the season, would be their front three, even if they played a different system before it.

“They are in a tough moment; we respect that and we wish Bournemouth and Eddie Howe all the best, but not in the game tomorrow.

“It’s not about records, it’s about making the probability as big as possible to win the next football match, that’s tomorrow and that’s what we prepare for. It’s what we want to show.”