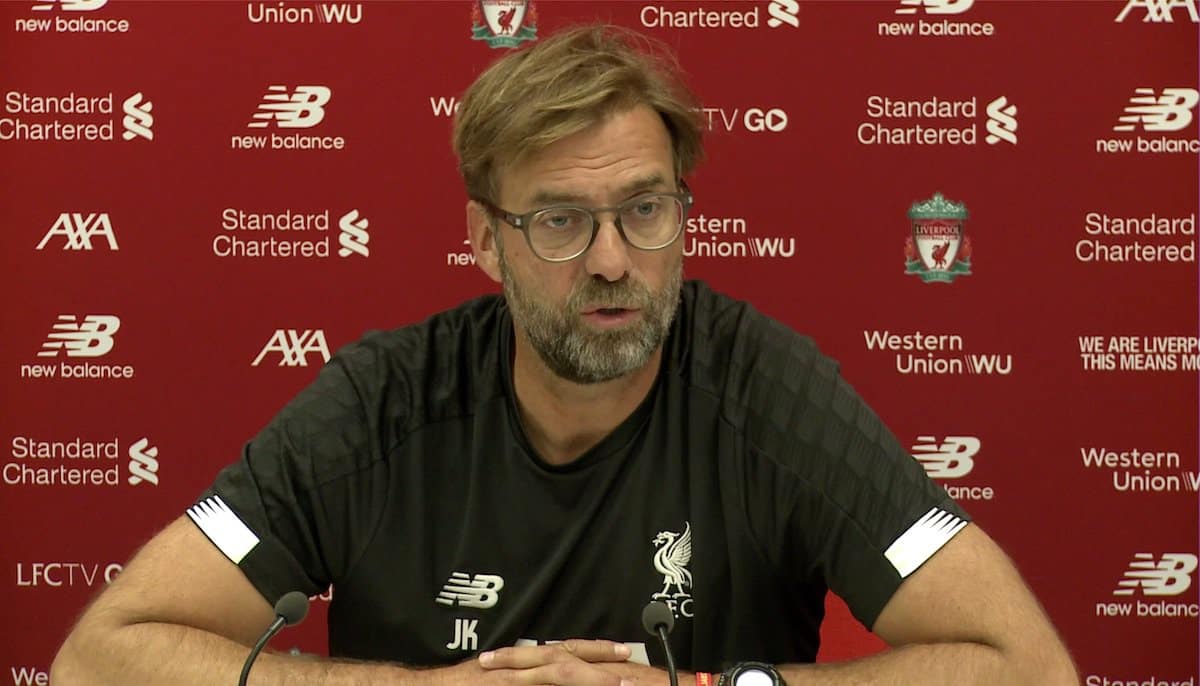 Jurgen Klopp urged his Liverpool side to be brave as they face Unai Emery's Arsenal side in the Premier League.

The Reds face the Gunners at Anfield on Saturday afternoon as they look to earn their third consecutive victory at the start of the Premier League season.

The two sides have seen this fixture littered with goals in past seasons, however, Klopp has insisted he doesn’t expect the same on this occasion.

“Both teams are probably offensive-orientated at least, but I have no clue about the result. Arsenal can and will probably change at least two key positions: probably [Nicolas] Pepe will start, which doesn’t make them weaker, and [Granit] Xhaka probably, and they can still make other changes.

“I don’t care about how often we score, it’s not the moment for thinking about that. I don’t think Arsenal are doing it like that.

“If you look at their team and how they set up, pretty much each line-up [has] good football players in all positions and real speed up front. Wow, real speed. That makes it tricky to defend it all the time.

“We have to be brave, have to play your own football, you have to try to keep possession, you have to be direct. There are a lot of things to do and consider, against a very strong opponent. That’s why I’m really looking forward to it.

“It’s the early part of the season but these games will come up anyway. Now it’s pretty early and we have to show we are ready again.”

The boss delivered an update on goalkeeper Alisson and midfielder Naby Keita, conforming the duo are out of this weekend’s fixture.

Neither are expected back soon - with the club happy to reassess their fitness after the September international break.