Jurgen Klopp spoke to reporters at Melwood ahead of Liverpool's FA Cup meeting against Chelsea on Tuesday evening.

The Reds will be looking to bounce back from two rare defeats in their last three games in all competitions after Watford stunned the league leaders 3-0 at Vicarage Road on Saturday to inflict their first Premier League defeat of the season.

It follows a 1-0 defeat against Atletico Madrid in the first leg of their Champions League round-of-16 tie, with questions now being asked of Liverpool's ability to bounce back from recent disappointment.

Chelsea will undoubtedly provide a tough test for Klopp's side but the German is adamant his side can now "concentrate again completely on football," rather than worry about the pressure of breaking any records.

"Imagine if we wouldn’t have lost that game, it would have been a run of more than 60 games, which is absolutely incredible. It’s incredible.

"I know that we didn’t play the stars from the sky against West Ham but that’s not possible when you have played four times in a row against teams who either fight for the league with all they have or against Atletico; if you like, a team who was not in the best moment in the league but plays a home game in a really interesting approach.

"[It was a] really defensive orientated formation-wise. That's the most difficult thing in football, it’s nothing to do with rhythm.

"Could we have done better? Of course, but it’s not about now picking out the Watford game [and saying] ‘That was the sign that something went wrong’. It’s not like this and we have the chance to react and that’s how it is.

"The longer you are in a situation like this, the biggest challenge these boys face constantly, everybody is fighting for everything and we fight with questions we get asked about ‘Is it over yet? When will you do it?’ and stuff like this.

"Nobody can tell us how to deal in the best way with runs like this because not a lot of teams had it, that’s all I can say. I was not happy with the performance but it was always clear that there will be a moment where it can happen and now it happened. That’s how it is, nothing else."

The boss provided an injury update on his squad, confirming James Milner and Joe Gomez will be available for selection at Stamford Bridge. However, Jordan Henderson continues to be sidelined alongside Naby Keita and Xherdan Shaqiri.

Klopp remained coy on his possible team selection against Frank Lampard's side, with the Reds boss previously expected to continue with a range of youngsters in the starting eleven. 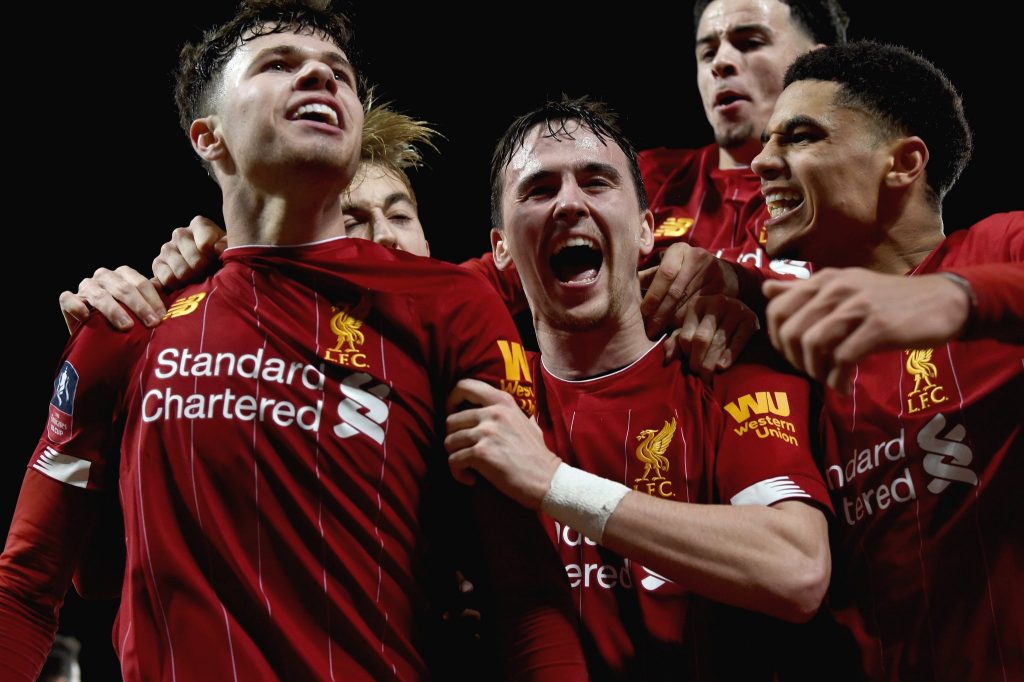 "It’s not about loyalty, these boys are our boys and they did what they did," Klopp said, when questioned whether he would stay 'loyal' to the youngsters that got the Reds this far in the competition.

"If we would win the FA Cup in the end, they would be involved in all the celebrations. If they will play tomorrow night, I don’t know, we will see that. For sure, not all of them.

"From the Shrewsbury team, for sure there will be boys in the squad but who will start? We will see. It’s a different situation like it was in the last round.

"The team who played Shrewsbury at Shrewsbury, that was actually an FA Cup team for us in that moment which we thought would make sense. We couldn’t get the result we wanted, that’s why we had to play a second time.

"It will not be exactly the team who played the second time against Shrewsbury."