Liverpool manager Jurgen Klopp gave a measured response after his side crashed to a shocking 7-2 defeat against Aston Villa.

A first-half hattrick by Ollie Watkins and a John McGinn strike gave the home side a surprising 4-1 lead at half-time, with the Reds looking porous at the back.

Ross Barkley made it five just after the break before Mohamed Salah pulled one back with his second of the game.

But any hopes of a typical late Liverpool comeback were dashed when Jack Grealish's strike deflected off Fabinho and into the back of the net before the midfielder scored another to inflict a 7-2 defeat for the Reds.

It was the first time Liverpool had conceded seven goals in a Premier League match and the first in any fixture since 1963. The Reds are now fifth in the table after four games as they head into the international break.

Klopp rued the "massive mistakes around the goals" but accepted the fact Dean Smith's side outplayed his side as he delivered a composed post-match verdict.

"The strange result is yes, because Aston Villa played really well, but on the other side because we did in different areas particularly bad. That helps obviously not."

When questioned why he appeared to be so calm during his response to the defeat, Klopp insisted his side are "self-critical" and they "will deal with it."

"Nothing what I could say tonight would help with that result. What should I be now? Completely outraged or something like that?" Klopp said.

"Is it only a one-off? I would think so, I would like to think so, but that I cannot prove tonight. If people want to hear it, I can say it: that’s a one-off. The proof for that will be in the next couple of weeks and months and not because I say it tonight.

"A game like tonight should not happen, 100 per cent. It never happened since I am here; I don’t really remember as I am not good at remembering these things anyway, but I don’t think I lost that high.

"It’s not a personal defeat, but it’s a massive one. So, all the things you saw as well – and you can make of it what you want, obviously, that’s completely fine, as always – but for me it’s only important how we react on it. 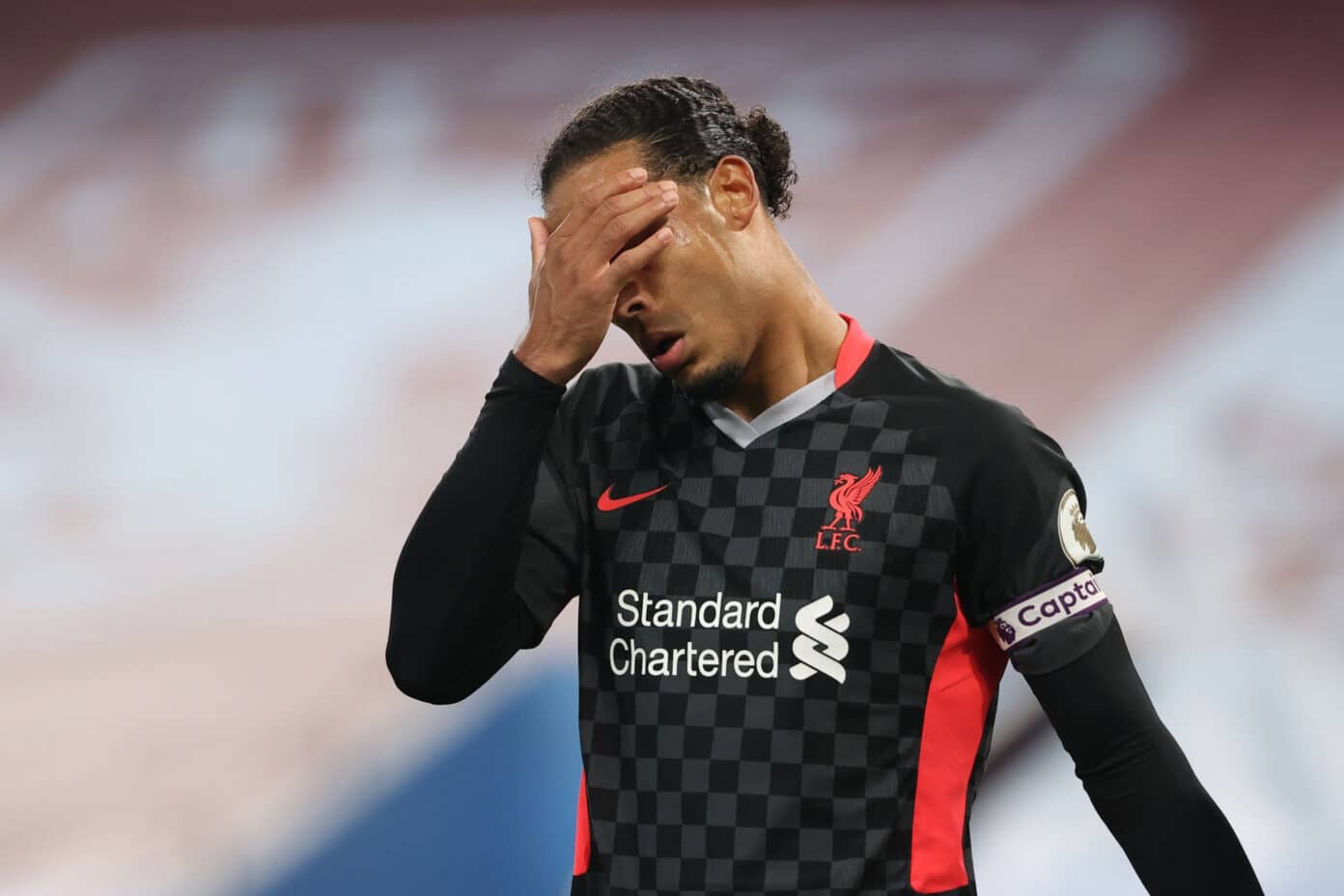 "The only problem is we cannot react tomorrow, we cannot react on Tuesday, we have to show the reaction in two weeks. But that’s fine, that’s the situation and, as I said, the boys are very, very self-critical.

"None of them would now sit there and point the finger at him or him or him – ‘He was responsible’. These boys are very self-critical and they know tonight everybody has his hand in this result.

"We have to deal with it and we will deal with it. It’s not nice but it’s life and it’s football and that’s it."

The boss also confirmed Alisson will be missing from action for between four to six weeks, meaning he could miss Liverpool's next seven fixtures, including three games in the Champions League.