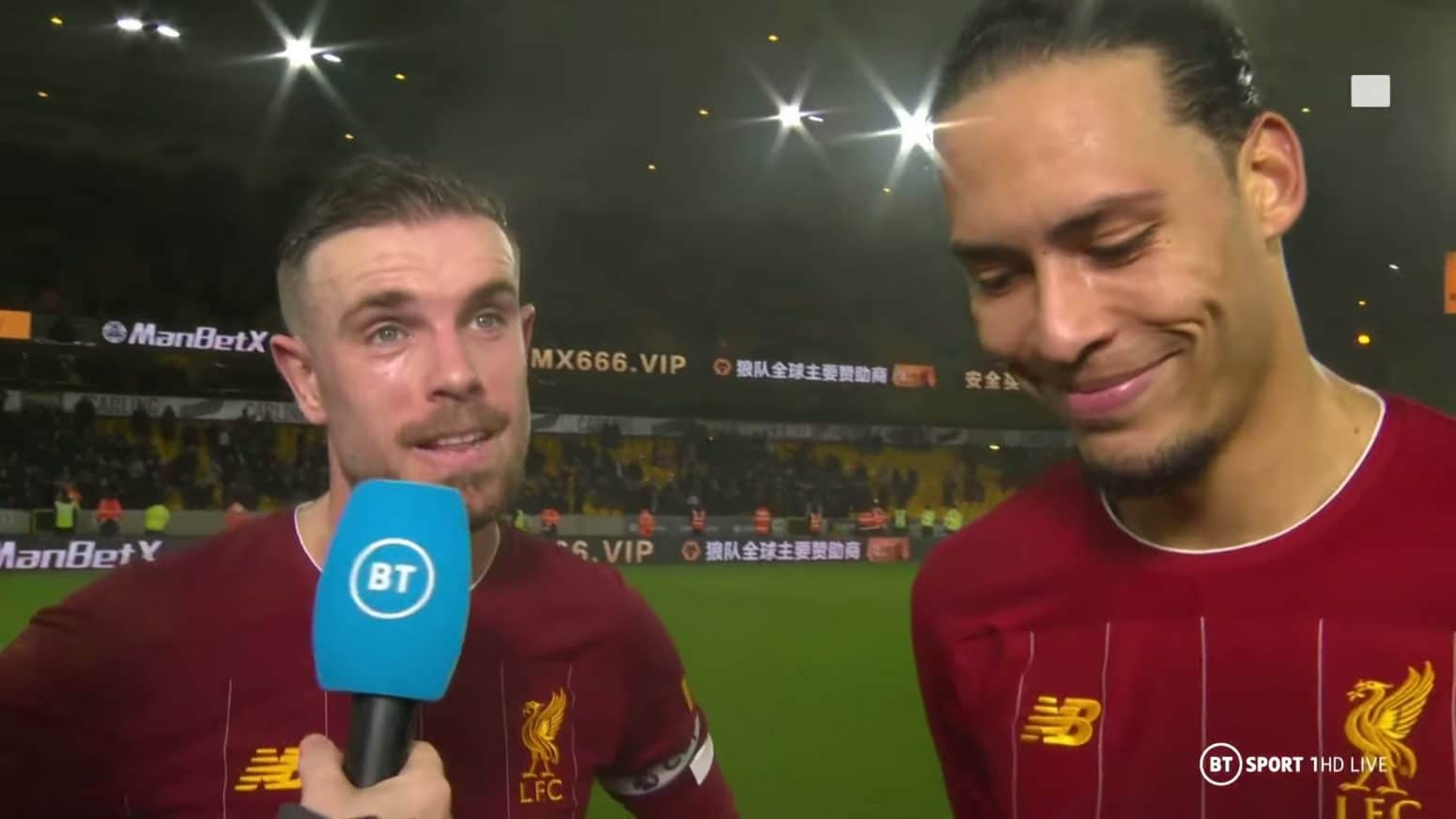 Wolves defended admirably and got themselves back in the game six minutes after the restart as Adama Traore's pin-point cross was turned in by striker Raul Jimenez.

The result sees Jurgen Klopp's side hold a 16-point lead at the top of the Premier League table with a game in hand, but Henderson insisted the focus remains on the next game.

“You know it’s going to be difficult”, Henderson said of Wolves, speaking to BT Sport.

“Wolves are a good team and make you work. It’s an intense game but we kept going and kept fighting. We defended well. The big man at the back was brilliant again and the keeper. We had chances too so that’s something we want to work on - put the game to bed quicker.

“But [we] showed mentality again to keep going and finding that winning goal.

“You’re probably bored of me saying it but It’s just about the next game. I want to keep going. Every game is the biggest of the season. “We have the FA Cup game on the weekend. We need to keep building on what we have achieved so far.”

“First of all, you need to give them credit,” the Dutchman said.

“They played good, they have good players, they're difficult to break down. In the second half they came at us more, creating more moments of danger.

“We had to dig deep, we had to fight – that's something we can do as well.

“Obviously we're not happy about the goal conceded but how we reacted on that is a good thing. We know we're always going to have chances. Great three points.”