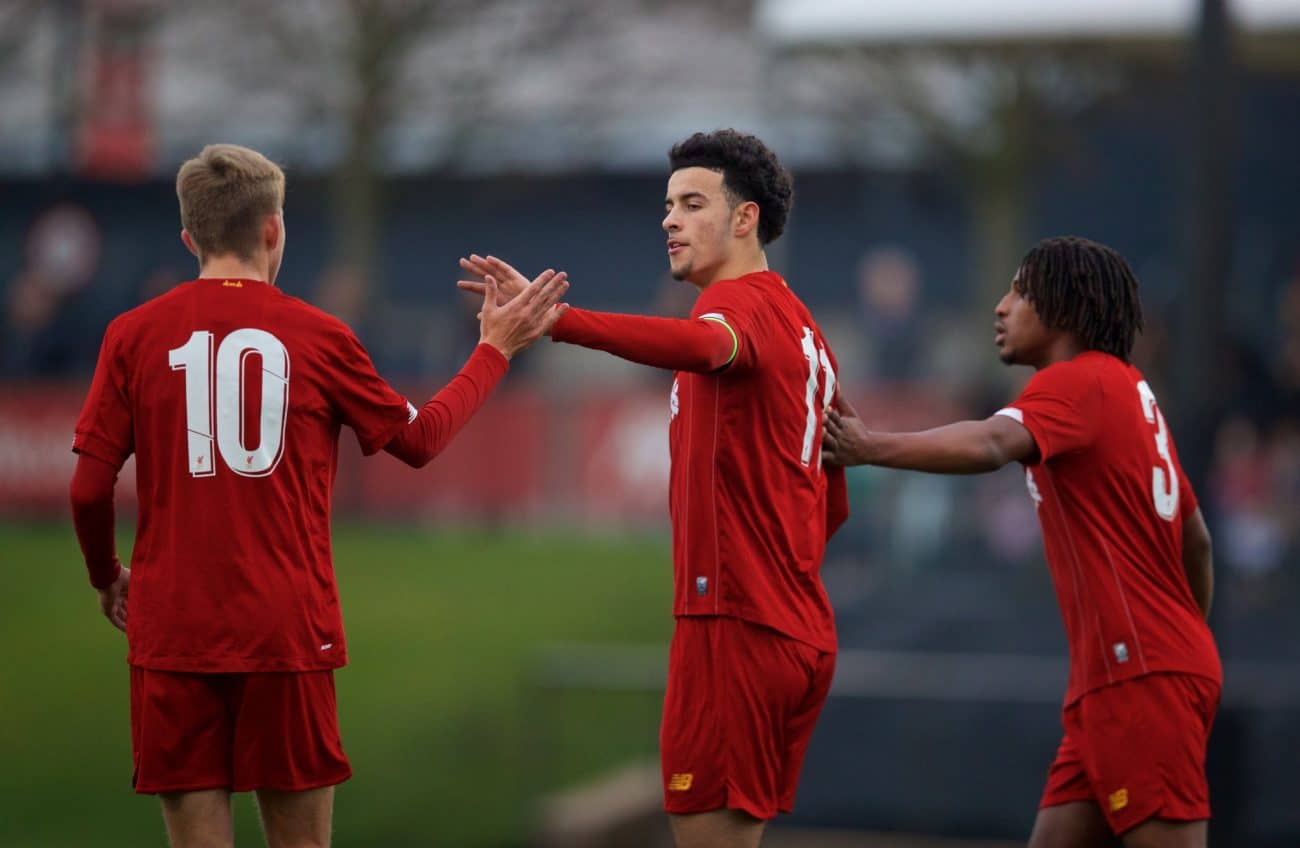 Liverpool U19s put in an excellent display at Kirkby as they beat Napoli 7-0 in the UEFA Youth League on Wednesday.

Curtis Jones scored a hat-trick whilst Luis Longstaff netted a brace in addition to Jake Cain and Elijah Dixon-Bonner’s strikes as the young Reds ran out convincing winners on Wednesday afternoon.

The result means Liverpool need only to avoid defeat against Salzburg next month to secure their place in the knockout stages of the UEFA Youth League. 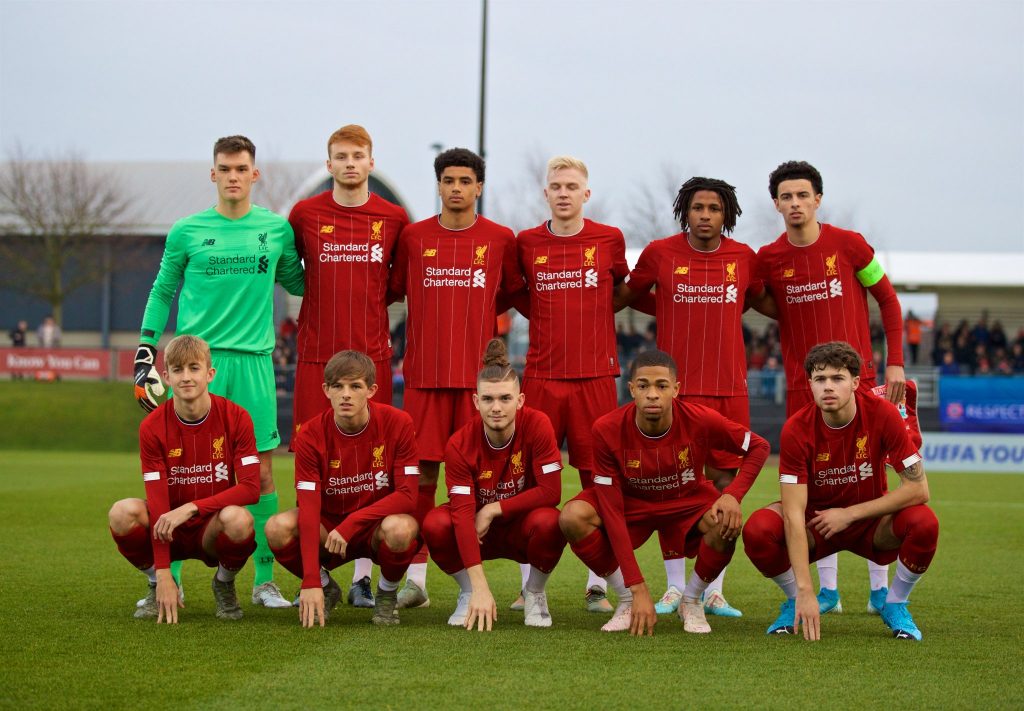 Barry Lewtas' side went ahead inside the opening five minutes as Ki-Jana Hoever found Neco Williams down the right. The Dutchman found Cain on the edge of the box as he sent his curling strike into the bottom of the corner to make it 1-0.

They doubled their advantage minutes later after being awarded a penalty for handball by Francesco Marrazzo, with Jones tucking away the spot-kick with unerring confidence.

The young Reds then went on a rampage as they looked to take complete control of the tie, scoring three times in less than ten minutes.

Dixon-Bonner got on the end of another Williams cross as he sent a fantastic first-time effort into the back of the net.

Harvey Elliott then did superbly as he fired in a low ball across the box for the waiting Jones to tap in from close-range. 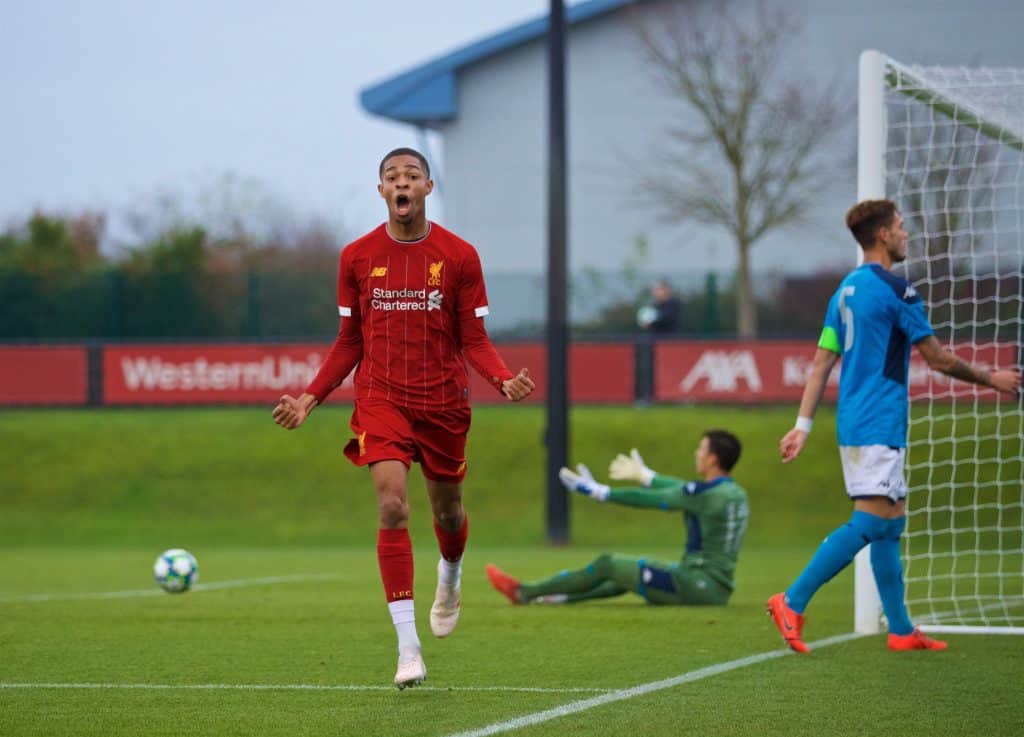 The Reds captain then headed down Dixon-Bonner’s cross for Longstaff, who bundled the ball into the back of the net from inches out to make it 5-0 at the break.

Liverpool eased their intensity following the break but managed to net a further two goals to complete their rout of the Serie A side.

Jones clinched his hat-trick minutes after the interval as he cut through the Napoli midfield and unleashed a powerful left-footed strike past goalkeeper Daniele.

The young Reds scored their final goal just after the hour as Jones' effort hit the woodwork and fell to Longstaff, who scored his second of the game with a simple tap-in.

Disclaimer: Liverpool U19 vs Napoli U19 highlights are provided and hosted by external sources, notably DailyMotion, Youtube and forstreams.com. We help you discover publicly available material and act as a search engine. We do not host or upload this material and are not responsible for the content.