Watch: Alisson Becker interview - “It feels like God has some nice plans for me” 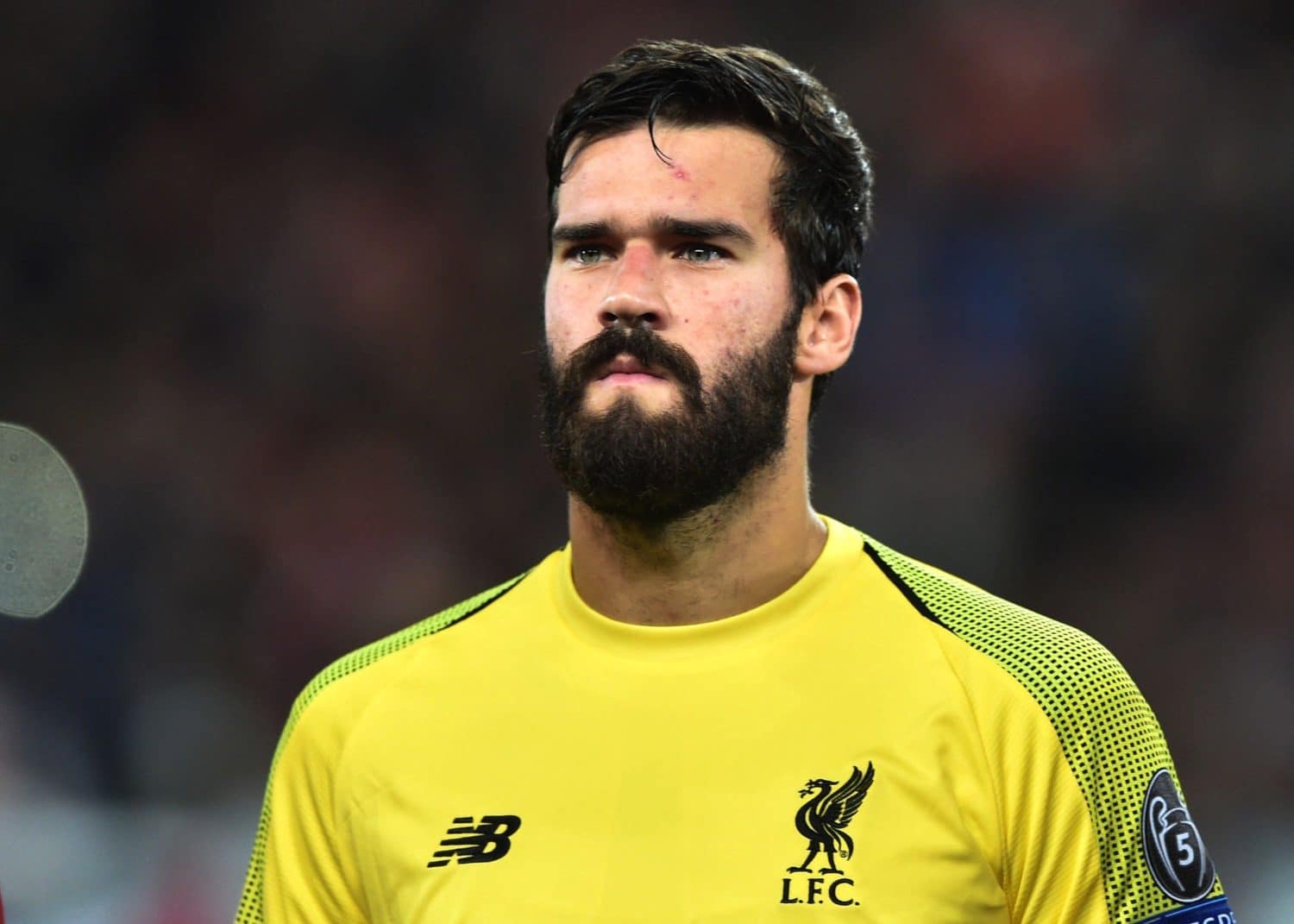 Liverpool goalkeeper Alisson opens up about playing football whilst growing up in Brazil, his goalkeeping heroes, his faith and much more.

Alisson joined Liverpool in the summer for a then world-record fee of £66.9million, having made the move from Italian side AS Roma.

Speaking on a wide-range of subjects, Alisson discussed his childhood in Brazil, his relationship with his 'idol' brother and his advice to youngsters hoping to emulate his journey to success.

Watch Alisson's interview below or read on for a full transcript...

What made you want to be a goalkeeper when you were younger?

It started early. Brazilians usually start playing football at a very young age – our very first gift as a kid tends to be a football.

I used to be the youngest amongst my friends, my brother is five years older than me and I used to play football with him and his friends, who were older than me.

This meant I was usually the last one to be picked as I was the littlest, and was left with the goalkeeping task. From those early days playing with friends in goal, I began to enjoy it [goalkeeping].

I also used to watch my brother play in goal – he is now a professional goalkeeper – and he was an inspiration for me. From the moment I started watching him train, I began to enjoy the role and realised it was something I would actually like to do.

That’s where it all started, I did train as an outfield player at first but did not like it so I asked the coach if he could give me a chance as a goalkeeper in the next training session, which he did.

I was ten years old and from then on, I’ve trained and played in goal at the academy as it became more meaningful to me; always doing so with love and passion for the profession.

Do you remember your first game as a goalkeeper?

I played my debut game as a professional goalkeeper for SC Internacional against Cruzeiro from Porto Alegre in the Gaucho state championship [in 2013].

I won man of the match playing in the shirt of a club I’m very fond of – a club I’ve always supported in Brazil.

It was very special to me to play alongside other players who not long before were my heroes and it felt great to wear the shirt of my favourite club and doing what I love the most.

Who are your goalkeeping heroes/idols?

My brother is my main inspiration as a goalkeeper, the person I looked up to the most and who I watched most closely, not only as a professional but also as a human being.

He is an excellent individual, a great man and an outstanding professional who has always succeeded wherever he has played.

He also started his playing career at SC Internacional and now he plays for Belenenses in Portugal. He was a key factor in my development as a goalkeeper. 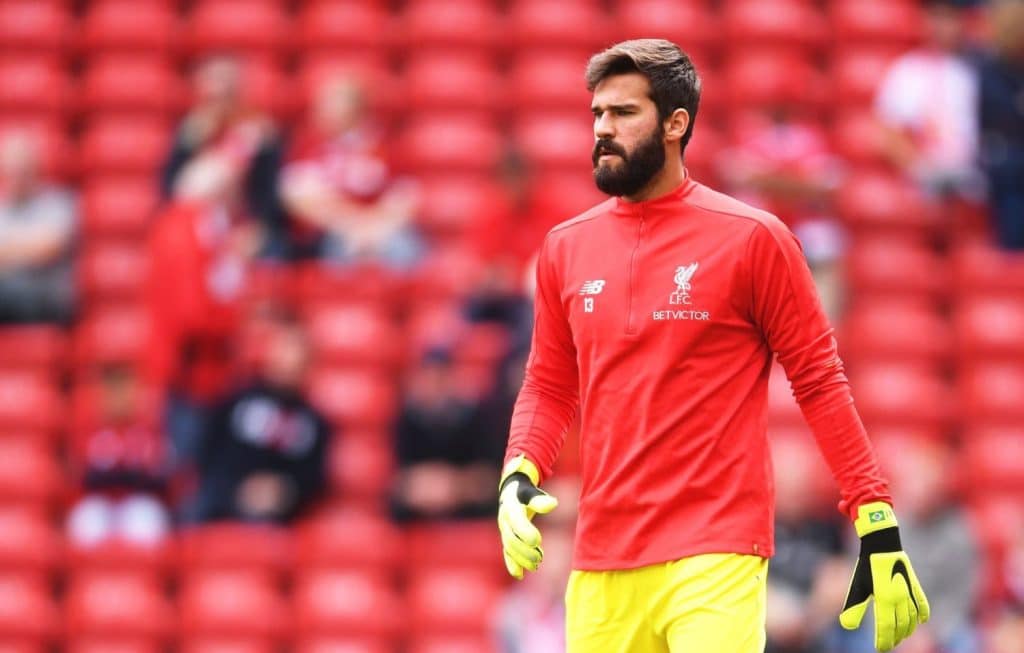 One of my other heroes is Taffarel, who left his mark on a generation by winning the 1994 World Cup and playing for Selecao for many years.

I didn’t have many chances to watch him as I was very young when he played for Brazil but I watched lots of videos of him and have always liked the way he played. He grew up at SC Internacional as I did which was also a source of inspiration for me.

What attributes are needed to be a top goalkeeper?

Football is not just about talent and being a good player, you also need ambition and desire. In my opinion, one of the virtues of a great goalkeeper is having a strong character, whether you are a cool or passionate goalkeeper.

You do need to have a strong character to bear the weight of being a goalkeeper for a great club. You are always the last man and you can never make mistakes as they can be fatal.

You must be level-headed to be able to handle all the situations and the inherent mistakes the role brings about. Moreover, you need the quality and a strong will as you need to work hard.

There is an increasing demand for tall, strong, technical goalkeepers these days who know how to play with the ball at their feet. Modern football has been demanding this of us, so I strive to improve in all aspects of my career.

That includes being both physical and technical – in order to be at the top of my game.

How important is it for modern-day goalkeepers to be confident with the ball at their feet?

I have always been actioned by outfield players in all teams I have played for, whether that is for ball possession or build-up play.

I have always enjoyed being participative and giving my teammates another alternative so that the team functions as if we had an additional outfield player.

Modern teams do bring their goalkeepers into action with their feet, however that very much depends on the team’s playing style. 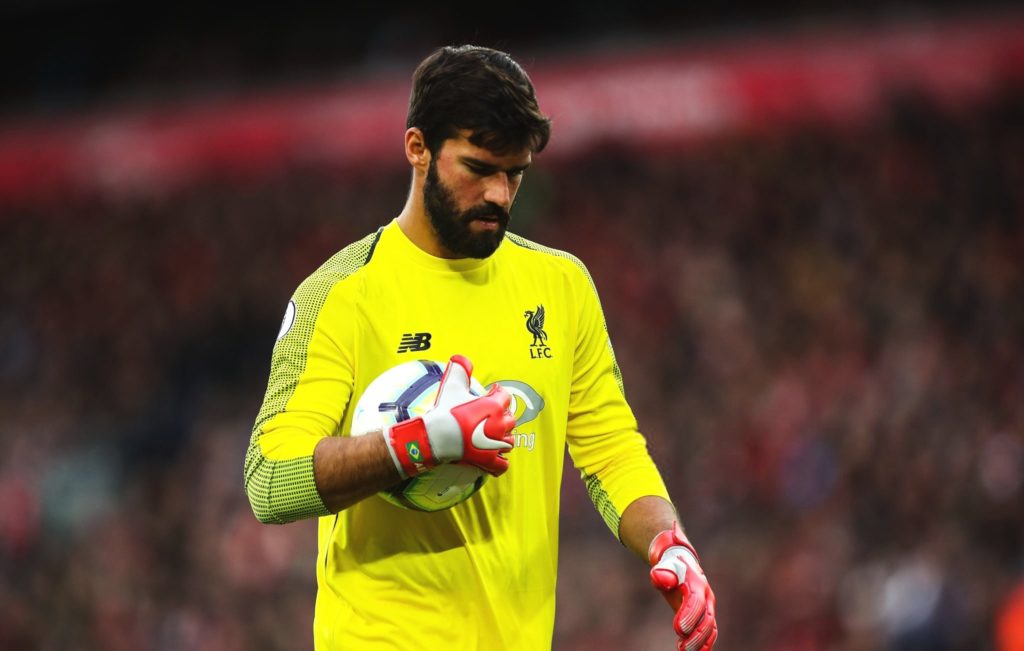 I am now a member of a team who likes to keep and play on the ball and so it’s fundamental to have a goalkeeper who knows how to use their feet and is calm and collected enough to work under situations of pressure looking to counter attack.

A well done transition started by the goalkeeper may well become a goal-scoring opportunity and that’s crucial for us.

What would your advice be for young and aspiring goalkeepers?

I have managed to achieve these things by believing in my dreams and having my faith in God.

I owe everything to God, who has taken me to a distant place from my home town Novo Hamburgo in Southern Brazil and brought me over to Liverpool.

It feels like God has some nice plans for me.

Have determination as the profession demands it of you. Work hard, as hard as you can. There is no secret, believe in your dreams and have faith in God above all.