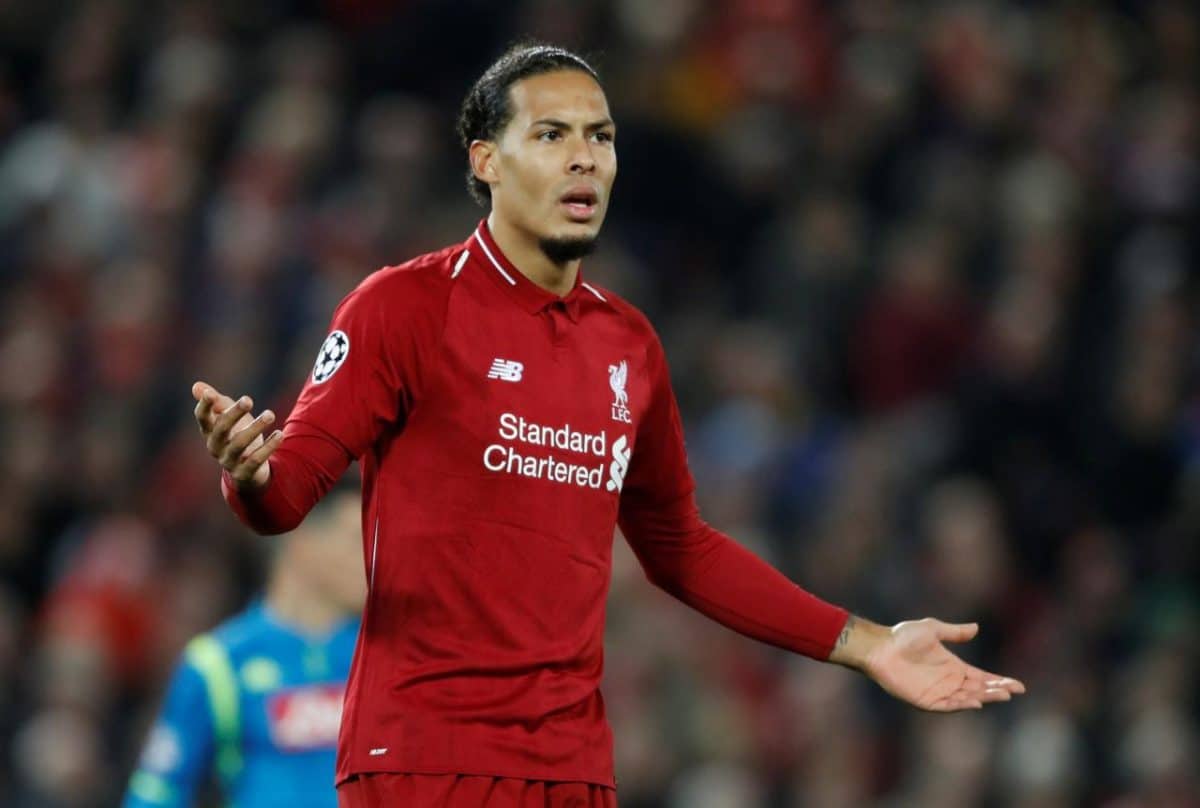 The Reds overcame Napoli in their final Champions League group C fixture to progress to the last 16, thanks to a first-half goal from Mohamed Salah.

Liverpool kept Carlo Ancelotti‘s side at bay for the majority of the game and much of that was down to van Dijk.

The Dutchman put in an imperious performance yet again at the heart of Liverpool’s defence, alongside Joel Matip.

However, television cameras caught Henderson in a heated discussion with van Dijk after the centre-back’s challenge on Dries Mertens in the 13th minute.

Van Dijk, sliding in at an angle, won the ball fairly before catching the forward high on the ankle in the follow through, receiving a yellow card in the process.

He was questioned on the altercation with the skipper, saying: “You need to be hard with each other.

“When things aren’t going right you need to tell each other, otherwise it’s going to be too easy. Really, I think that is a sign of a good team.

“When people are shouting at me I take it because they want to make me better and their mistake they take it as well if I shout to them.

“That’s how it is, we’re all grown-ups, we take it and after the game if you’re not happy with it then you discuss it.

It’s good to see leadership and honest communication within the side and ultimately the antics between the two were harmless and perhaps even necessary.

"I don't think it was a bad challenge at all," Van Dijk added. "Unfortunately I touched him, but I would never go in to hurt him or anything like that.

"I had the ball and obviously [with] the wet pitch you slide through and I touched him, but that's football."